The Food Pantry at Iowa is celebrating five years of serving the University of Iowa community. After half a decade, the pantry has grown from serving less than a dozen students a week to hundreds. 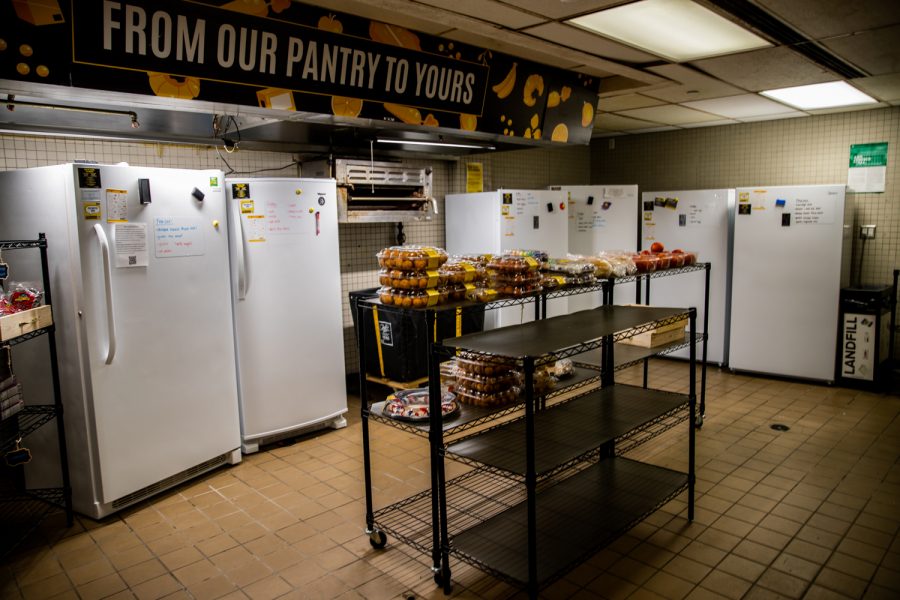 University of Iowa food pantry has three new freezers from donations given by the Department of Human Services on Thursday, Aug. 26, 2021. The food pantry is located in the Iowa Memorial Union in room 278.

With over 8,000 pounds of food distributed to University of Iowa students, staff, and faculty this April, the Food Pantry at Iowa is celebrating its fifth anniversary of establishment at its biggest location since 2016.

The Food Pantry’s Constituent Relations Coordinator, Sarah Henry, said the Food Pantry has relocated twice within its five years and is now in a space significantly larger than the prior location.

“We have expanded a lot. We have moved locations twice, actually,” Henry said. “We’re in a room that is about three or four times bigger than the first one we started in.”

With a larger location comes a greater capacity to store and provide goods that the pantry’s clientele need. According to the Executive Director of the Food Pantry at Iowa, Manisha Modukuri, the increase in size has allowed the Food Pantry to expand its ability to store items and host clients.

“I think right around when COVID happened, we relocated our space into the IMU,” Modukuri said. “We were able to house a lot more food items, hygiene items, and also just kind of be able to take in more clients that were coming into the space.”

The main pantry in the Iowa Memorial Union has grown in size and expanded the limits of its service by introducing an additional pantry on the west side of campus, located in the Pride House, Modukuri said.

Modukuri said this new location allows the pantry to more adequately serve individuals coming from the hospital or living on the west side of campus.

“We can serve so many more people than we could before… in a different Daily Iowan story, they said that the first week [the Food Pantry] served, I think, six people. And now, we’re serving about 100 every week,” Henry said.

With additional clientele comes a larger variety of cultures seeking access to a wide array of ingredients. To create a more inclusive environment, Henry said the Food Pantry developed new initiatives to partner with local businesses to purchase fresh foods and culturally diverse food items. This separates the Food Pantry from most pantries in the surrounding area that primarily cater to one kind of diet, according to Henry.

In the past year, the Food Pantry partnered with the Office of Sustainability and the Environment to receive a grant which allowed the pantry to purchase new shelving units and three new refrigerators. Henry explained that this has increased the pantry’s capacity to provide a greater variety of fresh goods.

“Oftentimes, we have people walk in now and just skip past all the pasta and canned goods and just get straight to the fridges, which is great because that would not have happened a year ago, at this time,” Henry said.