Hinson and other Republicans emphasized their goal of winning back a Republican majority in the midterm election. 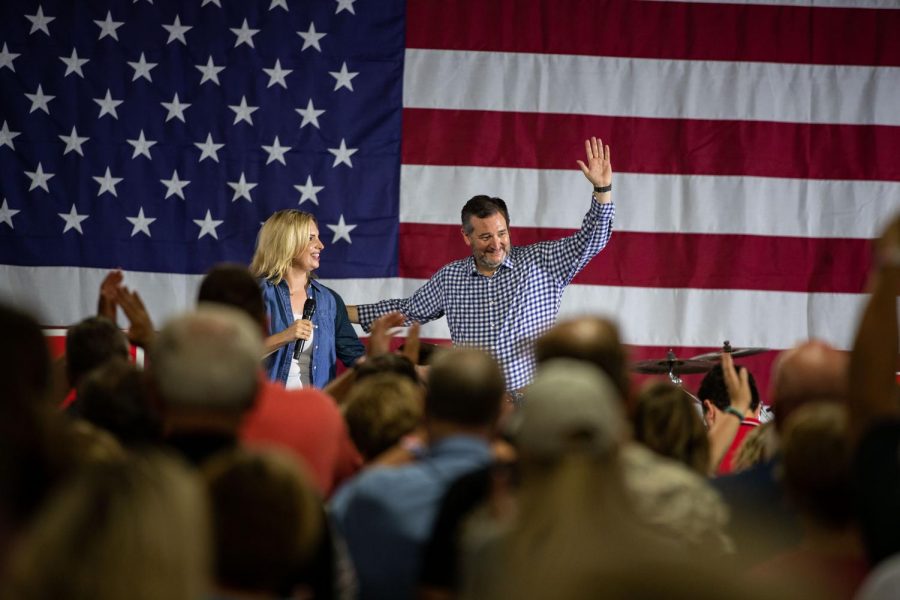 Sen. Ted Cruz, R-Texas, said the road to the 2022 elections comes through Iowa.

The House freshman made her announcement during a BBQ at the Linn County Fairgrounds on Saturday.

Hinson, a former journalist, said one of the reasons she ran for Congress was to tell Iowan’s stories in Washington.

“I’m a mom who drives a minivan,” she said. “I bring a little Iowa common sense to Washington D.C. and that was my role.”

A line up of Republicans took the stage to show Hinson support and emphasize the importance of winning back the House and Senate in 2022 — including U.S. Sen. Ted Cruz, R-Texas. Cruz said the road to 2022 comes through Iowa.

Hinson also received support from other Republicans in the Iowa delegation, including Republican Chairman Jeff Kaufmann, Chairperson of the Republican National Committee, Ronna McDaniel, and Reynolds.

Sen. Chuck Grassley, R-Iowa, said defeating policies on the left “is the most important thing we have to worry about.”

While supporting Hinson’s reelection campaign, Grassley has not announced if he will be on the ballot in 2022. Grassley has been in the U.S. Senate since 1981 and in public office for more than 60 years.

The speakers also critiqued Biden for the way he has withdrawn from Afghanistan.

Rep. Mariannette Miller-Meeks, R-Iowa, who is a veteran, said the last few weeks have been a travesty, and that she is outraged.

Hinson played the national anthem on the violin to honor the victims of a suicide bomb in an Afghanistan airport that killed 13 U.S. service members and at least 169 Afghans.

“Did they have a plan?” Hinson asked the crowd. “They did not have a plan, and now we’ve lost American lives. We’ve put our safety and security at risk both here at home and overseas. And on the global stage.”