Some residents of the Iowa City Manville Heights neighborhood are apprehensive about a potential UI development on the former UI Hawkeye Marching Band field. 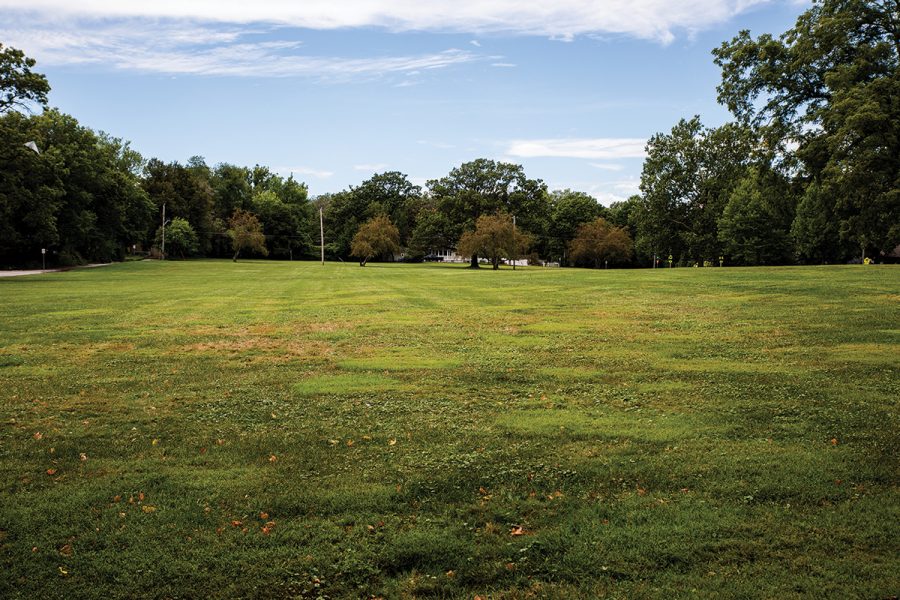 Residents of Manville Heights, a neighborhood one mile north of the University of Iowa’s main campus, may see a change to the old Hawkeye Marching Band practice field in the next year.

On Wednesday, residents came together for a community meeting with UI developers at Art Building West, hoping to keep 7.8 acres of land on Park Road from becoming a potential UI development. The land includes the former Hawkeye Marching Band practice field, as well as the former Parklawn residence hall and a plot of land west of Ferson Avenue.

Residents of Manville Heights, some of whom have been there for two decades, said they actively walk the streets and enjoy the scenery, and are a tightly knit community.

The sale of the land follows requirements set by the state Board of Regents when it added an administrative advisory committee in June 2020.

The committee has certain criteria for the UI to meet around the campus, including making sure institution-owned properties benefit the school, both financially and moving toward the goals of teaching new research and health care.

“The advisory committee had a series of areas for us to explore and study of potential increased efficiencies and money savings,” said Rod Lehnertz, senior vice president for finance and operations and UI architect. “One of those was examining land that the university owns that is not proximate or tied to institutional actions. And since the band moved to the far west campus, the university used [the open space] not at all, just cared for it.”

Several residents of Manville Heights, however, were not thrilled by the idea of the open field being taken away or developed. At the meeting, residents asked if green space would be required, how bad traffic would be after construction began, and how transparent the developers intended to be.

“We do want neighbor representatives, it’s the best way to do this,” Lehnertz said. “This is an important neighborhood. When or while [change] happens, we work together and try to find the middle ground that can help in one way or another all of us.”

David Kieft, UI business manager of campus planning and development, encouraged residents to voice their concerns about the development to the regents.

“Certainly you can raise your concerns directly to the regents well throughout the process,” Kieft said, in a response to a question about communication with regents. “If you have something where you would want to communicate it to the board, you can focus on that”.

Repeatedly, the residents expressed concern over maintaining open green space that they use the old Hawkeye Marching Band practice field for. However, the developers said they are committed to ensuring the needs of the neighborhood are considered with care.

“What we’re hoping for is that we can work with the neighborhood to do something that can be developed and possibly garner revenue, not require us to be caring for the site and not using it and make it harmonious with the university and the neighborhood,” Lehnertz said. “It’s an unused university plot of land that the immediate neighborhood uses and likes.”