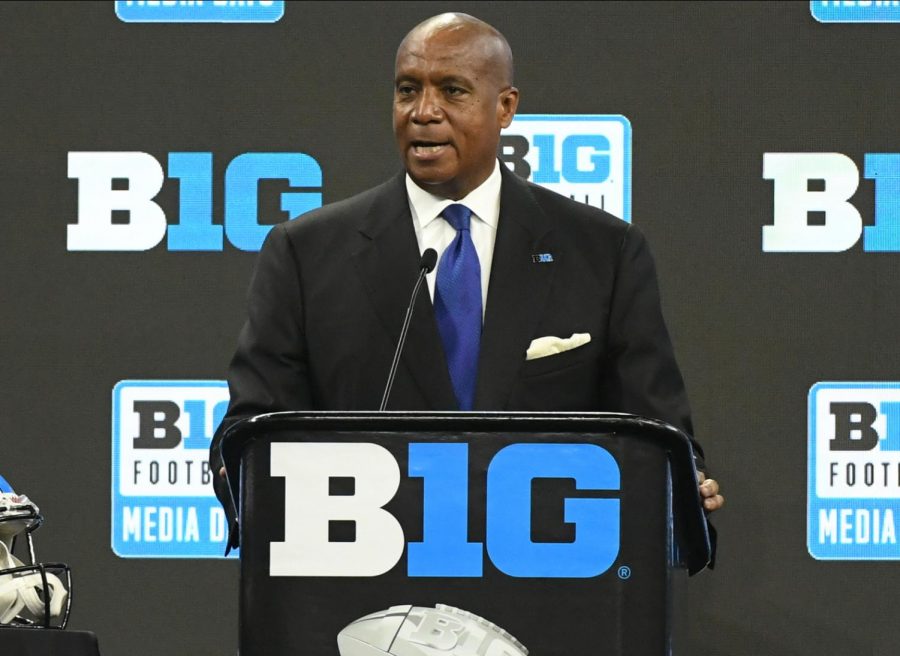 The presidents, chancellors, and athletic directors of the three leagues’ 41 member institutions unanimously supported the alliance, per a release from the Big Ten.

The conferences’ alliance announcement comes just weeks after Texas and Oklahoma declared they’d be leaving the Big 12 Conference for the Southeastern Conference in 2025 when their Big 12 media rights deals expire.

Warren said the alliance is not a response to the SEC’s expansion.

Per a release, the Big Ten, Pac-12, and ACC will collaborate on issues pertaining to gender equity and social justice in collegiate athletics, student-athletes’ physical and mental health, NCAA structure, postseason championships, and academics.

“Our discussions centered on the unprecedented environment within college athletics today, and how best we, together, could address the challenges ahead,” Phillips said. “From the potential significant changes to the NCAA structure and governance, to the impacts of the Alston decision and the implementation of name, image, and likeness [rules]. From enacted and potential state and federal legislation, to the postseason in college football. There are simply many critical discussions to engage in and decisions to be made in the coming months and years that will shape college athletics for decades. We believe that, together, along with our colleagues across the country, we can help play a formative role.”

“While [we are] motivated by our shared interest and common desire to shape the future of college athletics, we are also driven by the exciting potential of a football and men’s and women’s basketball scheduling partnership, as well as unique collaborative events for our Olympic sports,” Phillips said. “We know, in the years ahead, that our student-athletes, alumni, and fans will benefit from thrilling new matchups, which will create new rivalries and excitement within our alliance . . . From a longer term perspective, we are bullish on the scheduling alliance, as it will elevate the national profile of all of our teams by playing from coast-to-coast.”

Per Warren, the three conferences will honor their existing media rights contracts and build interleague matchups around schedules that have already been fleshed  out for seasons to come.

Currently, the three conferences have no formal or signed documents obligating them to the alliance. Kliavkoff noted that ACC, Pac-12, and Big Ten teams can still schedule nonconference games against teams from leagues that aren’t part of the alliance.

There also have not been any legal documents signed that could prevent leagues within the alliance from poaching each other’s teams.

“There’s no signed contract,” Kliavkoff said. “There’s an agreement among three gentlemen, and there’s a commitment from 41 presidents and chancellors and 41 athletic directors to do what we say we’re going to do. If there’s any lack of specificity in the press release, it’s because we wanted to make sure we could deliver 100 percent of what we promised. So, we’re aligned in how we want to approach this, but there’s no contract. There’s no signed document and there doesn’t need to be.”