FBI agents served a warrant at a Northside home on Wednesday. 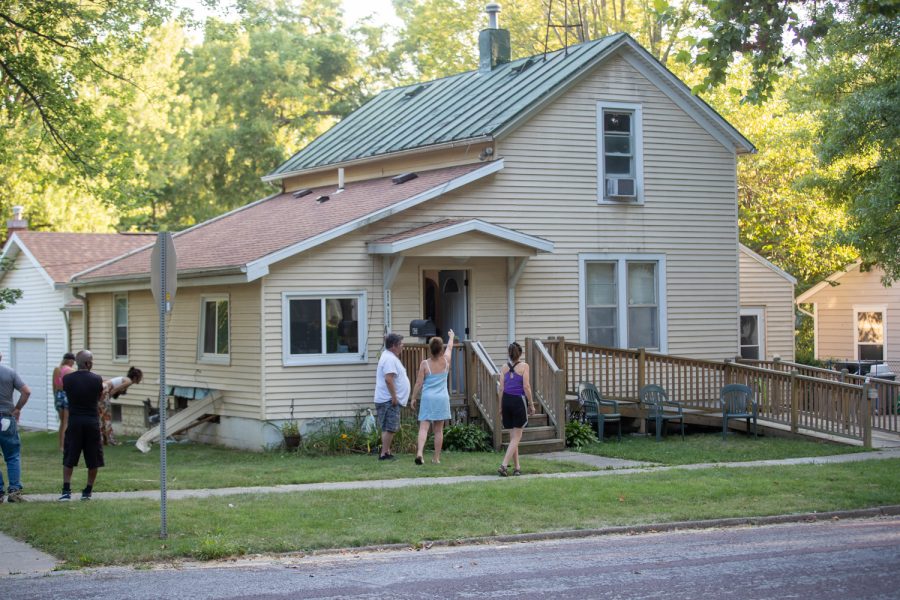 Neighbors stand on a property after an FBI raid in Iowa City on Wednesday, Aug. 18. Damage can be seen on the side of the house after being hit by an armored truck during the raid.

One person was arrested in Iowa City Wednesday when the FBI served an arrest warrant at a Northside home.

Agents from the FBI Omaha field office completed a raid at 431 N. Lucas St. in Iowa City, according to a press release from the office.

Social media video of the scene shows a law enforcement vehicle ramming into the side of the house in an attempt to breach it.

The press release did not note the name of the person arrested or what charges the person was arrested on. Iowa City Public Safety Information Officer Lee Hermiston told The Daily Iowan the Iowa City police couldn’t offer information about the investigation as it is a federal investigation.

Rachel Scherle, a representative for the U.S. Attorney’s Office for the Southern District of Iowa, said the office was unable to provide any information on the investigation.

Editor’s note: A previous version of this story had the address as 431 Fairchild St. The article has been updated to reflect the accurate address, 431 N. Lucas St.