Opinion | Senior politicians: give newcomers a chance to lead 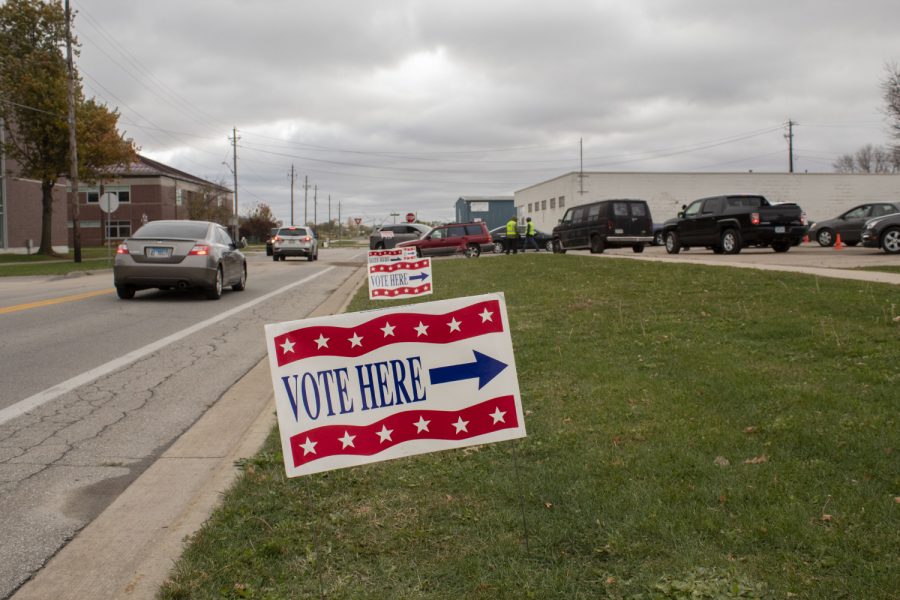 Johnson County holds Drive-Up early voting in the parking ramp of the Johnson County Health and Human Services Building on Oct. 23, 2020. Voters follow signs and wait in a line of cars to cast their ballot.

After the exhausting 2020 election cycle, it feels unbearable to imagine another election on the horizon. However, this has not stopped hopeful politicians from throwing their names in the 2022 mid-term election to campaign for a new era of politics.

In Iowa, all eyes are on Sen. Chuck Grassley, R–IA, as his seventh term in the U.S. Senate comes to a close. While Grassley has said he will make his campaign decision “sometime in September, October or November,” it is expected the senior senator will seek an eighth term, as he filed paperwork with the Federal Election Commission in March.

Grassley, who is currently the oldest member of the Senate, has served in Washington, D.C., since elected to the House of Representatives in 1974. After a successful run for the Senate in 1981, Grassley has kept office for the past 40 years. As the longest-serving Republican in the Senate, Grassley holds the honorary title of President Pro Tempore Emeritus.

Even among those who disagree with votes Grassley has made as senator, his service in the state is noble and worthy of respect; that said, Grassley should not seek a seventh term as senator. It is time for a new generation of voices in politics. We need fresh voices and ideas to solve problems in Washington, D.C., that will have a lasting impact on the future.

In the U.S., there are no term limits for senators and representatives at the federal level. Though it varies, few states impose term limits on state legislators. The presidency and gubernatorial are the only offices with strict term limits; however, limits on the gubernatorial vary by state, as well.

Without term limits, many politicians seek reelection each campaign cycle. As a result, most members of the U.S. Congress are incumbents. In the 117th U.S. Congress, only 12.9 percent of representatives were newly elected, while only 9 percent of senators were new faces.

With their advantages, including name-recognition and franking privileges, incumbents in Congress need to recognize the obligation they have to pass down leadership. It is time for a Congress to reflect a new generation, as the decisions Congress makes today impact the future of our country.

This concerns not only Grassley, but all senior members in Congress. Many of the highest-ranking individuals in Congress have been there the longest, declining a new generation the opportunity to lead. Speaker of the House Nancy Pelosi, D-CA-12, has held office since 1987 and has served as the Democratic leader of the house for 18 years.

It is time for a new era of politicians in Washington, D.C., and many Iowans agree.

Even with mid-term elections more than a year away, Democrat and Republican hopefuls have already pitched their candidacy for Grassley’s seat. Iowa Sen. Jim Carlin (R-Sioux City) announced in February that he would be running for U.S. Senate come midterms. Democrats Dave Muhlbauer, former Vice Chairman of Crawford County Board of Supervisors, and Dr. Glenn Hurst, a physician and health administrator, have also announced their plan to run for Grassley’s seat.

Most notably, former U.S. Representative Abby Finkenauer announced her candidacy for the U.S. Senate on the Democratic ticket.

“The politicians who’ve been there for decades don’t really want people like us there. They think they own democracy,” Finkenauer said in her first campaign statement.

After her campaign announcement, Finkenauer received an endorsement from former Representative, Dave Loebsack (D–IA-02), showing promising support from Iowa Democrats. She is focused on bringing truth and decency back to the Senate, representing the core values that are true to Iowans.

Whoever is elected to represent Iowa in Washington, D.C., it’s time for a new voice. In this midterm election, a new generation of politicians should be elected.