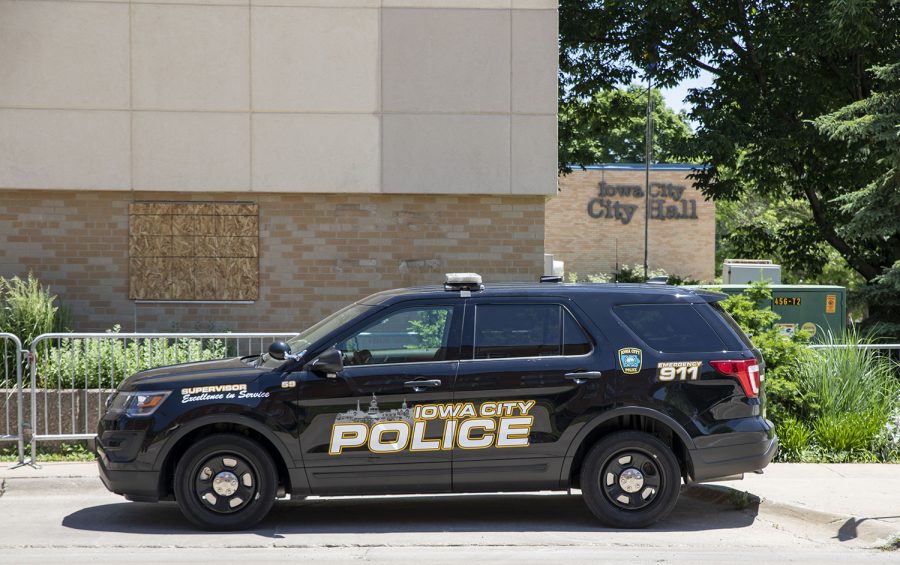 The Iowa City Community Police Review Board is proposing changes that would limit police interactions and remove “proactive policing” – a key aspect to Iowa City policing.

The board is proposing changes to the Iowa City Police Department General Order 01-01, as it believes it is a “bias-based” policing policy.

“Implementation of the suggested changes would serve to decrease these disparities, illustrate Iowa City’s commitment to creating a strong, safe community in which the department serves only to protect the public and officers are not feared,” board member Amanda Nichols wrote in a draft letter to Police Chief Dustin Liston, documented in the July 13 agenda.

The proposed changes are currently awaiting approval from Liston.

Liston wrote in an email to *The Daily Iowan* that the removal of proactive policing, which is police officers investigating any suspicious behavior, would be a fundamental change in how policing has been done in the past.

Nichols said the updated policy to prevent bias-based policing already exists, but in a weaker form.

“It just was not strong enough, and it was not achieving the goals from when it was instated, I believe last year,” Nichols said.

The changes the board is proposing will limit police interaction with the public to only when assistance is requested, or when there is an articulate and imminent risk to public health.

The proposal also removes language that suggests that police officers can investigate any suspicious behavior.

“[This makes] the public safer, or safe, by making sure that police are only engaging in activities that improve public safety,” Nichols said.

Policing rights have been an active topic in the Iowa legislature in the last year.

Gov. Kim Reynolds signed Senate File 352, known as the “Back the Blue Act,” on June 17, which increases police immunity and rights in court.

This bill also prohibits restriction on enforcement of state, local, and municipal law.

“Considering the recently passed legislation, I had concerns that the suggested policy change would be prohibited by state law,” Liston wrote. “I referred the request to the city attorney’s office for legal review.”

On July 28, the Iowa City City Council decided it will seek feedback from the city’s south district about replacing the Mine Resistant Ambush Protected (MRAP) vehicle, which has been deployed seven times in the city since 2014.

“Policy controls how the police department works, and there has been both a local and a nationwide demand to change our public safety system into something that actually serves people without causing harm,” Nichols said.

Veronica Fowler, communications director for the American Civil Liberties Union, said it is time that cities find new ways to police, so that officers can focus on public safety and not over-policing.

The American Civil Liberties Union is a private, non-partisan organization that works to uphold the Iowa and U.S. Constitution, as well as fight for the civil liberties of people living in the state.

Fowler said over-policing communities does not help public safety – it does the opposite. She said it is frightening to see police officers in communities.

“So, lots and lots of advocacy groups are saying that policing is not working,” Fowler said. “We need to reinvent it, we need to re-examine it.”