Former Iowa State football defensive end Nicholas Kron was charged in connection to the assault of Bohannon in May. 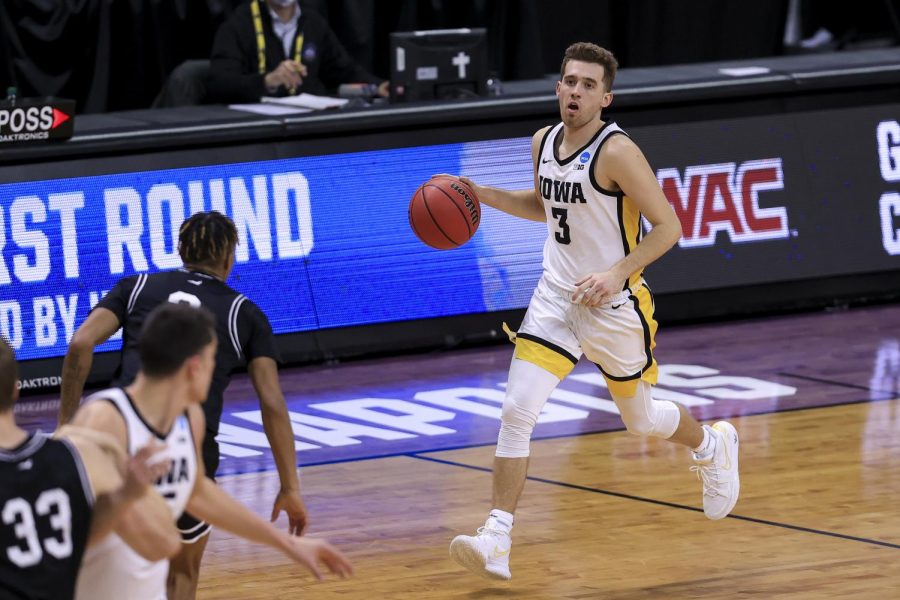 Former Iowa State football player Nicholas Kron, who played for the Cyclones from 2010-13, has been charged in connection to an assault of senior Hawkeye men’s basketball player Jordan Bohannon, The Associated Press reported Tuesday.

After the bars closed in downtown Iowa City on May 23, Bohannon and Kron were outside DC’s Bar on the pedestrian mall and Kron got into an argument with another person, according to police records.

Kron then walked over to Bohannon, the police said, and punched Bohannon three times in the back of the head, knocking him to the ground and causing a serious head injury.

While Bohannon could walk under his own power after the incident, he later went to the hospital for treatment, the police said. Bohannon has since made a full recovery and is participating in summer workouts with the Iowa men’s basketball team.

“Thankfully Jordan is recovering well after being attacked by an individual he did not see coming at him,” McCaffery said in the release. “We were made aware of the incident immediately. We are grateful that friends who were with Jordan at the time kept the incident from escalating. His health is our number one concern.”

Kron turned himself in to the Johnson County Jail Saturday and was booked and released within 20 minutes, according to a jail official.

In April, Bohannon announced he is returning for a sixth season with Hawkeye men’s basketball after the NCAA gave all 2020-21 athletes a free year of eligibility because of COVID-19.