In his 10th season in the NFL, Reiff will join a young Cincinnati offensive line. 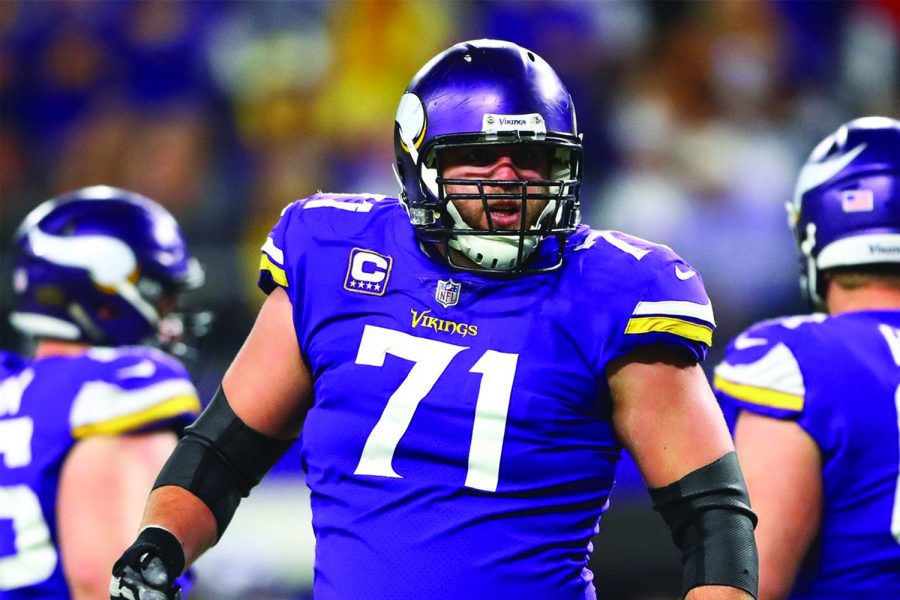 Parkston native Riley Reiff has played every down on offense for the Vikings this season. USA Today © USA Today via Imagn Content Services, LLC

Former Hawkeye offensive lineman Riley Reiff has been a reliable asset in the NFL since joining the league in 2012.

The Vikings released Reiff because of salary reasons on March 10, 2021, according to Sports Illustrated. Nine days later, the offensive lineman signed a one-year, $5.5 million guaranteed contract with the Cincinnati Bengals. On ESPN.com, Reiff is listed as the Bengals starting right tackle on the depth chart.

In the NFL, Reiff has played 135 games. During his rookie season in 2012-13, Reiff made seven of his eight starts as a blocking tight end, with the other starting coming at left tackle. The Parkston, South Dakota, native continued his duties at left tackle until the 2016-17 season, when he switched to the right side of the offensive line.

When he started with the Vikings, Reiff moved back to left tackle.

In Cincinnati, Reiff will join an offense that had the fourth-fewest yards per game in 2020-21 with 319.8. He will be a veteran on a young offensive line, which includes second-year quarterback Joe Burrow and fifth-year running back Joe Mixon — Burrow and Mixon missed a combined 16 games in 2020-21 due to injury.

In 2020-21, Reiff helped Vikings running back Dalvin Cook rush for an NFC-best 1,557 yards and 16 touchdowns while Minnesota had the fifth-best rushing offense in the league. Reiff could help the Bengals’ rushing attack as well.

Jay Morrison of The Athletic wrote that Reiff is set as the starting right tackle in 2021-22 with left tackle Jonah Williams, who started in 10 games in 2020-21 before suffering a season ending injury, countering Reiff.

Morrison added that Quinton Spain, who has played in 79 NFL games, is almost a sure thing at left guard.

On the Bengals offensive line, the two positions Morrison sees as possible competition is center and right guard.

At center, 2020-21 starter Trey Hopkins suffered a torn ACL in the final game of the season. Although Hopkins has recovered and is cleared for practice, Morrison wrote there could be an opening for 2018 NFL Draft first-round pick Billy Price. Hopkins has played in 61 games, while Price has competed in 42.

Morrison wrote with Burrow’s recent injury and the Vikings exotic defense in Week 1 of 2021-22, Carmen will probably not start at right guard. Reiff could possibly play alongside right guard Xavier Su’a-Filo.