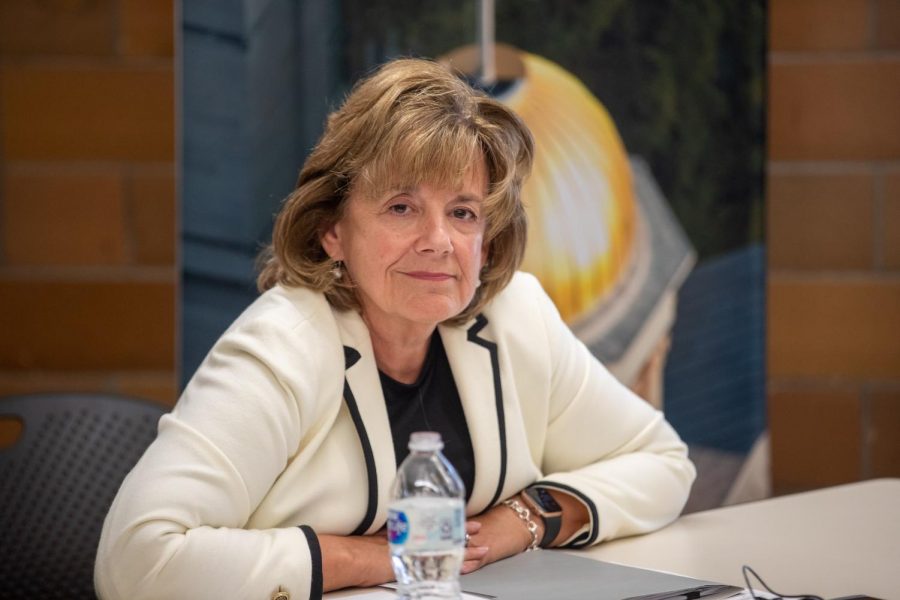 Board of Regents members voted unanimously to increase tuition and fees for the 2021-2022 school year at the University of Iowa, Iowa State, and the University of Northern Iowa during the regents meeting in Cedar Falls on Wednesday.

In addition to base tuition increases, the UI and ISU are requesting different tuition rates for higher-cost undergraduate and graduate programs.

During fiscal year 2022, the regents requested an increase of $18 million from the general assembly and restoration of an $8 million cut from 2021, but the Iowa Legislature has leveled state funding, as previously reported by the DI.

Regents President Michael Richards said regent universities have found ways to be efficient and keep administrative costs low compared to their peers, but despite those efforts costs have continued to rise over the last two years.

“We still need financial resources to provide a quality education for our students,” Richards said during the Wednesday meeting. “We always try to find the right balance to provide those resources for keeping the cost to the students and their families as affordable as possible. Our goal is to provide quality, affordable, and accessible education.”

Wednesday served as Barbara Wilson’s first regents meeting as UI president. She was welcomed by several at the meeting, including Richards, who said he was optimistic about her leadership.

“During the search process, President Wilson showed the board that she has the vision, skills and decision making ability to lead the University of Iowa,” he said.

In a meeting with the press on July 20, Wilson said the regents don’t take the issue of raising tuition lightly.

“They think very carefully about these issues, as do we,” Wilson said. Affordability is crucial for all of us… When you think about higher ed, and the cost that we face, if the state isn’t going to increase our budget, we don’t have very many other places to support the university.”

She said the UI’s goal is to be as affordable as possible.

Wilson told the regents on Wednesday that she’s spent hours visiting faculty, staff, and community members since she arrived on campus.

“I knew that the University of Iowa was a special place before I arrived, but everything that I’ve learned since then has only confirmed that,” she said. “This is an amazing university and I’ve spent time learning about the exceptional programs and writing and communication across the curriculum. The health care activities and enterprise and even our work in fighting COVID; it’s all been exceptional and confirmed to me that the University of Iowa is truly one of the finest universities in the country.”

She said the university is using the funds for the public-private partnership one time resources to support students through a holistic approach that takes into account academic success, health and wellness, career aspirations, and financial support.

“During the pandemic, we know that mental health, for example, is going to be all the more critical, that we pay attention to students’ well-being, that we ensure that we’re gonna take special care to make sure they can come back to our universities and feel comfortable and confident and connected with other people,” Wilson said. “That will be part of what we are doing on the mental and physical well-being side, but that will connect to academic success. So, again, a very holistic approach.”