The 2021 Iowa Girls Soccer Gatorade Player of the Year is prepared for a new challenge in the Black and Gold. 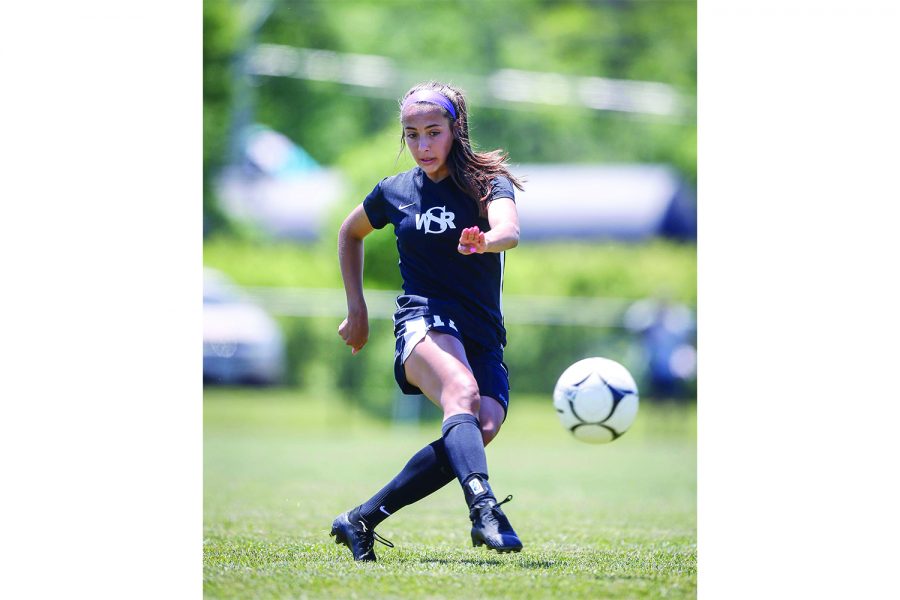 The championship title capped her outstanding high school soccer career — Roling scored a school-record 144 goals over three seasons at Waverly-Shell Rock, including a school-record 76 goals in her senior year. Roling was named the 2021 Iowa Soccer Gatorade Player of the Year.

“I think I put myself in very many uncomfortable situations to make myself a better player,” Roling said.

Throughout high school, Roling also played with Iowa Rush, a soccer club in Ankeny, Iowa. She credits her club coach, Daryl Brazeau, for making her the player she is today.

“He’s pushed me individually and as a player and a person,” Roling said. “And I think that’s honestly what ultimately led to all my success and drive for the game.”

On July 8, the forward/midfielder was one of 35 girls named to the 2020-21 United Soccer Coaches High School Girls All-American Team.

Roling said she is excited to join the Hawkeyes this fall — Iowa plays with the similar high pace and pressure of her club team. Roling also likes the Hawkeyes’ aggressiveness and mentality, she added.

Iowa was the first school Roling looked at on her college search, she said, but she also looked at other schools from different states. She verbally committed to the Hawkeyes in April 2019.

“No matter where I went, Iowa was in the back of my head,” Roling said. “But I chose the soccer aspect of it, just because the team here just feels like home, and everyone is so friendly. But it checks all my boxes because the campus is amazing, there’s always stuff to do. The team environment is awesome, and the school is just perfect.”

Iowa head coach Dave DiIanni said Roling might be the most natural goal-scorer that he will ever coach at Iowa.

Roling is a two-footed player — she can pass, dribble, and shoot from both her left and right foot. Her pace and mobility stood out to DiIanni.

DiIanni added that Roling’s high school success will translate to the college game, but she will have to adjust to a new speed of play and intensity with the Hawkeyes. With her talent, passion, and hunger to improve, DiIanni believes she’ll be a better player at the end of her Hawkeye career.

Roling said she is ready to help the team in any way she can — all Hawkeye forwards and midfielders from the 2020-21 Big Ten Championship title season are returning except for one.

After a wait of over two years, Roling will finally put on a Black and Gold uniform this fall.

“I think it means the world to me,” Roling said. “Being a local kid, it’s clearly a little different because I’m not coming from somewhere else, but I think it would be awesome to represent this university. It’s been a dream of mine for like ever. I never knew if I was going to stay local, but I’m very happy I did, and I’m very excited to represent Iowa and wear that jersey.”