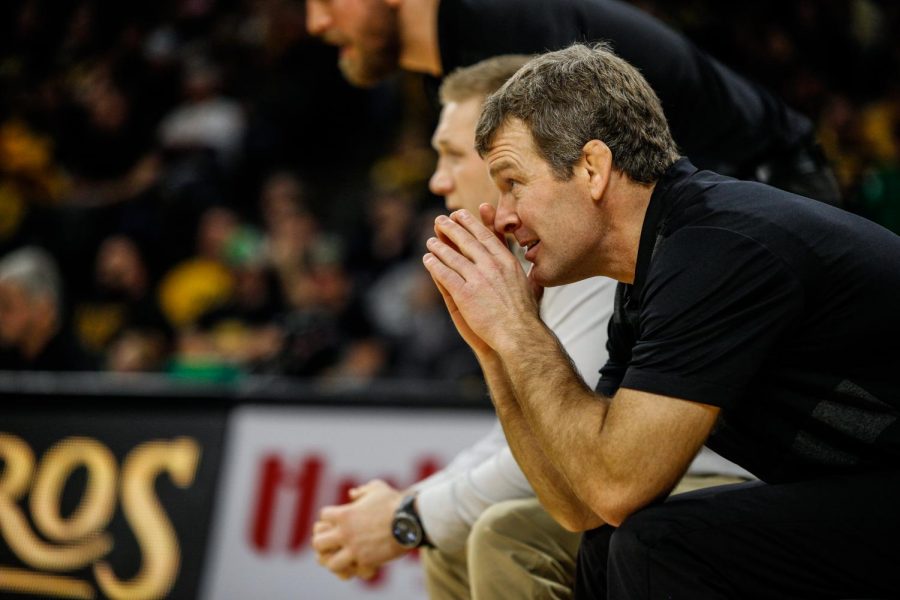 “It is with great pleasure that we are able to reward our head coaches in these sports with contract extensions and adjustments,” Iowa athletic director Gary Barta said. “I am proud of our coaches, staff and student-athletes for their successes in competition, but just as importantly for the professionalism displayed in going about their business, both athletically and academically, throughout a very difficult time due to COVID-19.”

Women’s basketball head coach Lisa Bluder’s contract now runs through June 2026. In 2020-21, Bluder led the Hawkeyes to a runner-up finish in the 2021 BIg Ten Tournament and a NCAA Sweet 16 appearance.

Under Bluder’s direction, rising sophomore Caitlin Clark to consensus All-American status, the 2021 Big Ten Freshman of the Year award, and the Dawn Staley award — given to the nation’s top point guard.

In 2020-21, Iowa sat at the top-10 in the country for most of the season, earning a No. 2 seed in the NCAA Tournament. He also guided Iowa to 14 conference wins and eight victories over ranked opponents.

Brands earned 2021 Big Ten National Wrestling Coaches Association Coach of the Year after leading the Hawkeyes to a Big Ten and national championship in the 2020-21 season.

Cellucci led Iowa field hockey to a 12-6 record throughout the 2021 spring season, including a Final Four appearance in the NCAA Tournament.

Cellucci earned back-to-back Big Ten Coach of the Year honors in 2019 and 2021. The Hawkeyes are returning their entire roster for the fall 2021-22 season.

In the 2020-21 Big Ten-only slate, the Hawkeyes achieved 26 conference wins —  the most in program history.

Denali Loecker and Brylee Klostermann were named to the All-Big Ten freshman team in 2020-21 — the Hawkeyes first selections to the team in program history.

In his first eight years with the Hawkeyes, Heller has led Iowa to six 30-win seasons. The Hawkeyes also won the first-ever Big Ten Tournament title in school history in 2017.

Heller coached the program’s first Big Ten Pitcher of the Year in 2021 in Trenton Wallace — who was drafted by the Blue Jays in the 11th round of the 2021 MLB Draft.

Iowa ended the regular season with a 2-7-1 record, but won four games in a row in the 2021 Big Ten Tournament to claim the program’s first-ever conference title.

Menzel led the Hawkeyes to four top-four finishes in 2021, including a team win at the UNI Spring Invite.

Sophomore Morgan Goldstein finished inside the top-25 in six of eight tournaments.

With a Big Ten-only slate, Schmid led the Hawkeyes to the best conference record in program history in 2020-21 with 12 wins.

The Hawkeyes ended the 2020-21 season ranked No. 41 in the Intercollegiate Tennis Association.