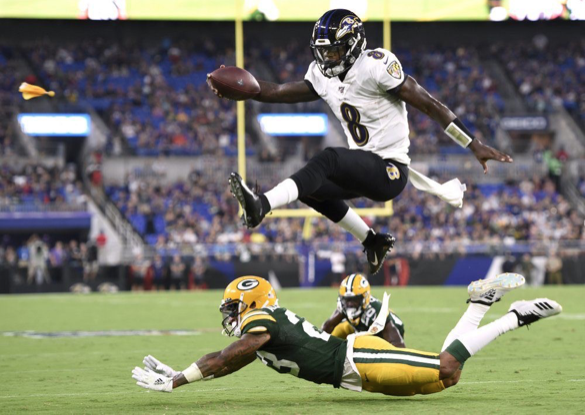 The NFL season can’t come soon enough for football fans everywhere. But for now, all we can do is look ahead to the most hotly anticipated clashes on the regular-season slate. And while it won’t be long before we are watching the greatest athletes on the planet in action, right now we can only discuss what should be the most compelling matchups of the 2021 campaign. Without further ado, let’s peruse the NFL schedule and choose the best of the bunch!

September 9th, 2021, @8:20 PM ET, NBC – Dallas Cowboys vs. Tampa Bay Bucs
Here we have the first game of the season and let’s face it, this could be the Jets versus the Jags, and football fans would be salivating for their first taste of a football game that matters in more than seven months. However, the league understands they can’t shine the spotlight on any other team but the defending Super Bowl champs as they take on America’s Team. It will be interesting to see if Tom Terrific and the Bucs can pick up where they left off last season, while Dallas’ Dak Prescott is eager to prove he is among the best pigskin passers in the game. Don’t miss this Thursday night showdown!

September 19th, 2021, @8:20 PM ET, NBC – Kansas City Chiefs vs. Baltimore Ravens
Sunday’s NFL odds will all have rolled in by the time this wildly popular Week 2 matchup arrives and it is not surprising the powers-that-be saved the best for last. It is the perfect nightcap to an intoxicating afternoon of football and will feature arguably the best young quarterback in the game, Patrick Mahomes, against the 2019 MVP, Lamar Jackson.

The 24-year-old Jackson took a step back last year from his phenomenal 2019 campaign but did manage his first postseason win before bowing to the Bills in the AFC Divisional game. Meanwhile, Mahomes went from Super Bowl champion in ’19 to Super Bowl runner-up in 2020. Both superstars have something to prove and this could be a preview of the AFC title game several months down the road. 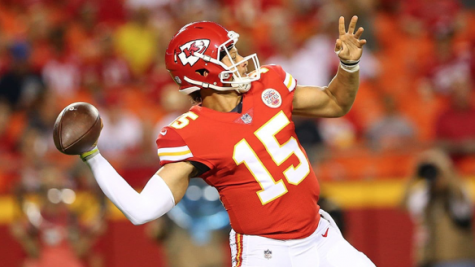 October 3rd, 2021, @8:20 PM ET, NBC – Tampa Bay Bucs vs. New England Patriots
Although most fans outside of New England were thrilled to see the Patriots on the outside looking in on the playoffs last season, this is one game that cannot be overlooked because Tom Brady is returning to the hallowed grounds of Gillette Stadium where he carved out a Hall of Fame career and collected six Super Bowls along the way.

Last season was his first in a uniform other than the Patriots and all he did was win his seventh Super Bowl with his brand-new team. And you wonder why they call him the GOAT? What would make this game even more compelling is if the heir to the Patriots quarterbacking throne, first-round pick Mac Jones, is under center for New England in this contest. It makes for great theater and you can bet that this will be a ratings bonanza for the NFL.

October 10th, 2021, @8:20 PM ET, NBC – Kansas City Chiefs vs. Buffalo Bills
Are we sensing a pattern yet? All the best games are not so coincidentally being broadcast as the late Sunday game on NBC. This seismic AFC tilt featured in Week 5 is no different as the Chiefs invade Bills Mafia turf in search of a win over the formidable passing arm of Josh Allen and the ferocious Buffalo Bills.

As many of you already know, this is a rematch from last season’s AFC championship game in which Kansas City secured a 38-24 victory over the Bills at Arrowhead Stadium. Well, the venue has changed but this should be an exciting showdown between two AFC powerhouses. Tune in and turn on to this Sunday night sensation because this promises to be a battle of the biggest arms in the business. 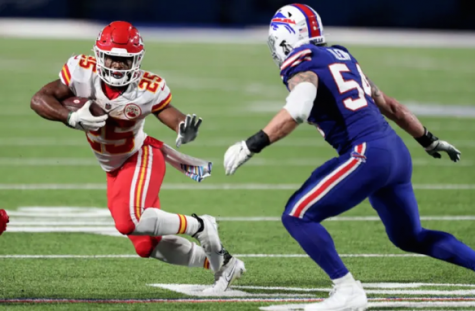 October 24th, 2021, @4:05 PM ET, FOX – Detroit Lions vs. Los Angeles Rams
How in the world could the Detroit Lions be part of any article discussing the NFL’s marquee matchups of 2021? We feel your pain and the argument is valid. After all, if you believe the Rams will be a contender this year, as we do, there are certainly better games on their schedule such as their Week 3 date with the Bucs or a Week 5 visit to Seattle. Certainly, their Week 12 visit to the frozen tundra of Lambeau Field has greater gravitas than welcoming the Lions to SoFi Stadium on October 24th.

However, anyone who has watched the talented Matthew Stafford toil in NFL purgatory over his 11-year career, without so much as a peep to get out from under, understands that this year he takes the reigns of a talented offense with an even better defense. And part of exorcising the demons of the past will be to annihilate his old team in front of his new fans in LA.

Moreover, it is a homecoming for the man on the other side of the trade, Jared Goff. This would make for better theater if the Rams were visiting Ford Field where Stafford could flex in front of the Detroit fans. But we’ll take it anyway and keep our ears open for the boos, jeers, and maybe even a few cheers when Goff takes the field.