Kirk Ferentz and Iowa's three player representatives didn't speak during the first day of Big Ten Media Days, but there was still plenty of discussion about the Hawkeyes. 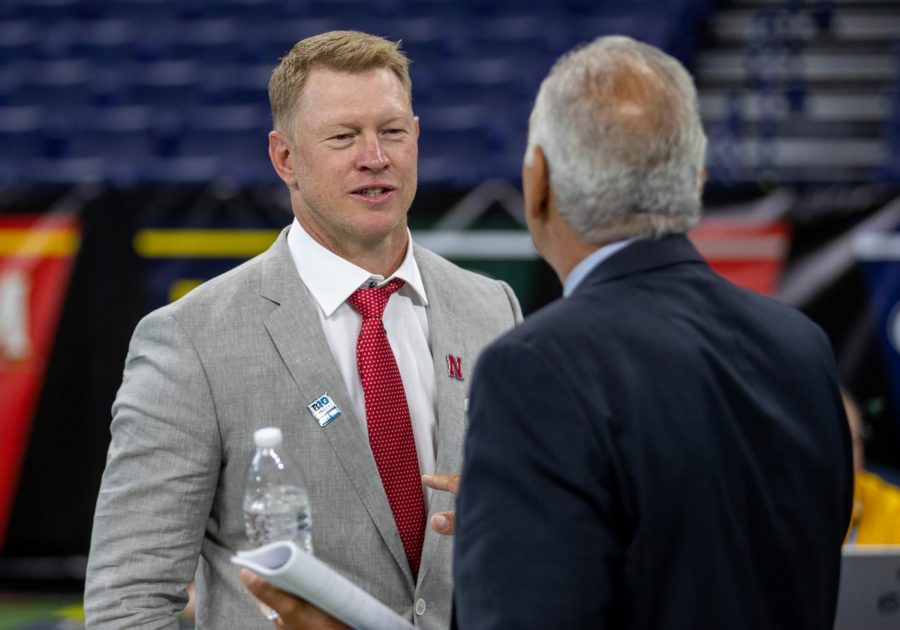 But during the first day of 2021 Big Ten Media Days, Fleck was asked if that move by Ferentz bothered him.

“Timeouts are there to be used,” Fleck said Thursday at Lucas Oil Stadium. “That doesn’t affect me one bit. And you know what? We haven’t beat them. So they can do what they want to do. They have Floyd of Rosedale. They have the pig. They have something they really want in their trophy case.”

Ferentz presumably took the three timeouts — at a time when Iowa led 35-0 — because Minnesota was keeping its starters in the game while the Hawkeyes were playing backups on the field toward the end of the game. Minnesota got into the end zone after Iowa’s timeouts, but the game had already been decided. The Floyd of Rosedale was headed back to Iowa City.

The Hawkeyes won last year’s contest against the Gophers to extend their winning streak in the series to six games (Iowa is 4-0 against Fleck).

After being asked about the timeouts during a postgame interview, Ferentz said he, “Figured we’d take Floyd with us and leave the timeouts here.” During his postgame session last November, Fleck said he “had no idea what happened” with Iowa’s use of timeouts, but didn’t elaborate.

When the topic was brought up again on Thursday, Fleck noted how much respect he has for Ferentz and his love of participating in the “Iowa Wave” when playing at Kinnick Stadium.

“How he said [his postgame comment] doesn’t bother me one bit,” Fleck said. “That’s rivalries. But I have a ton of respect for him, his program, and the University of Iowa. I was asked earlier, ‘What’s the most difficult environment you’ve played or coached in? I said, ‘The University of Iowa at night.’”

Fleck was one of seven Big Ten coaches to speak at media day on Thursday. Ferentz and three Iowa players — Tyrone Tracy Jr., Tyler Linderbaum, and Zach VanValkenburg — will speak Friday during the final day of the event.

*UPDATE: Ferentz was also asked about the timeout controversy on Friday. He said: “The first one was a curious time to call one,” Ferentz said of when Fleck called a timeout before he did. “So, I figured I’ll do something maybe more curious. Sometimes I act immaturely. I don’t know if I’m proud of it. One of those spur of the moment things. You get in your 60s, you get a little impulsive now and then.”

Still technically a junior because of a redshirt season and a COVID-19 waiver, Martin spent the 2017 and 2018 seasons with Michigan before transferring home to Iowa City. The Iowa City West Prep played limited snaps for the Hawkeyes in 2019 before hitting the transfer portal again and walking on at Nebraska ahead of the 2020 season.

Last year, Martin caught five passes for 63 yards. But the 6-foot-1, 200-pound receiver could be in line for a starting spot with the Huskers this fall, according to head coach Scott Frost.

“[Martin] has been really good for us,” Frost said. “I think Oliver has the chance to play a huge role at receiver. He had a really good spring. We did testing this winter and he was one of the best athletes on our football team. That’s really started to transfer over to the football field so we’re excited about him.”

Pat Fitzgerald has picked up on some things over his 15 meetings against Iowa as Northwestern’s head coach (Iowa is 6-9 against Northwestern under Fitzgerald). Most of all, Fitzgerald said at media day Thursday, Iowa’s consistency stands out.

“I think you can set your watch to coach Ferentz’s teams,” Fitzgerald said. “They’re built up front. It’s almost like I said earlier about Ohio State — they’ve got talent at every level. But fundamentally and technically they’re so well coached. And they very rarely beat themselves.”

While Fitzgerald said Iowa rarely beats itself, it did just that against Northwestern last season. The Hawkeyes led 17-0 in the first half against the Wildcats at Kinnick Stadium, but three second-half interceptions from Iowa quarterback Spencer Petras sealed Northwestern’s 21-20 comeback victory.

Fitzgerald wasn’t alone in praising Iowa’s consistency on Thursday. Frost said he appreciates the yearly success of the Iowa program, and Penn State coach James Franklin said Iowa is one of the most consistently good programs in the nation.

Iowa’s last losing season was in 2012 (4-8). The Hawkeyes have won eight games or more in every full season since 2015. The team went 6-2 in 2020 because of the Big Ten’s shortened season, winning its final six games of the year. The Hawkeyes are likely to enter the 2021 season ranked in the top 25 of the AP Poll, and Fitzgerald expects them to compete for a conference title. Iowa hasn’t won the Big Ten West since 2015.

The Hawkeyes are scheduled to play the Wildcats in Evanston on Nov. 6.

“I expect them to be at the top of the West as long as Kirk is there,” Fitzgerald said. “Because they’re just so well coached.”