The Hawkeye baseball program has been at the forefront of adopting new technology to aid in player development and consistency. 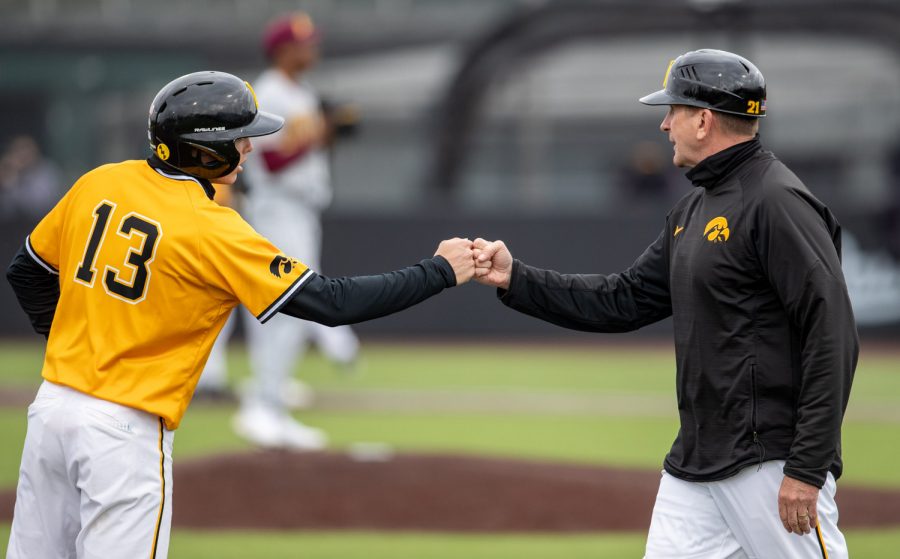 Advanced analytics have been at the forefront of collegiate and Major League Baseball teams for over a decade.

The University of Iowa baseball program has not hesitated to get with the times.

Even before the Statcast era began in 2015, MLB front offices and Division I programs have started to invest thousands of dollars into the latest baseball technology to improve player development and performance.

“We were pretty quick to the draw,” head baseball coach Rick Heller said. “I feel like we were way ahead of most. We were able to get the Trackman in pretty quick and we were using a lot of the pitching stuff that was out there.”

Heller took the helm of the Hawkeye baseball program in 2013 — his fourth stint as a head coach. He started his managerial career at Upper Iowa University in 1987.

Since arriving in Iowa City, Heller has advanced the Hawkeyes to two NCAA Regionals in 2015 and 2017, captured the first Big Ten Tournament title in program history in 2017, and averaged 30 wins per season.

The eight-year Hawkeye head coach said almost all the advanced technology his program uses today was not around when he became manager.

“We have always been the staff and the program that have tried to be ahead of the curve,” Heller said. “I think the big thing is that once we do have [the technology], we utilize it. We don’t let it sit in the closet and collect dust like a lot of places do.”

The Hawkeyes have utilized a vast number of technology tools since Heller arrived.

Trackman and Rapsodo use different radar technology to help track metrics like spin rate, spin axis, release speed, and release height on the pitching side — for hitters, it tracks exit speed, launch angle, and launch direction.

HitTrax measures metrics in real-time, such as point of impact, hit distance, and play outcome. In the batting cage, players can see how far the ball was hit and project whether that swing will result in a hit. A HitTrax home unit costs just under $10,000.

Blast Motion sensors attach to the knob of a baseball bat, using sensor-based swing analysis and edited video. The mobile app provides hitter with the launch angle, attack angle, and more statistics, along with a visual and score for each metric.

One unit has a price of $150 and with a yearly $100 subscription for advanced insights into each hitter’s swing.

Each tool is used throughout all facets of the baseball program including player development, scouting, and recruitment.

“I don’t think it is ever going to be the absolute when you are recruiting, but [the advanced analytics data] sure is nice to know,” Heller said. “It’s also us wanting to be the best at developing the players once they’re here.”

Heller said fundraising has helped the program acquire the new technology, and he is thankful for the donors that have allowed the Hawkeyes to purchase the tools.