Though there have been recent sightings, the foxes have been there all along. 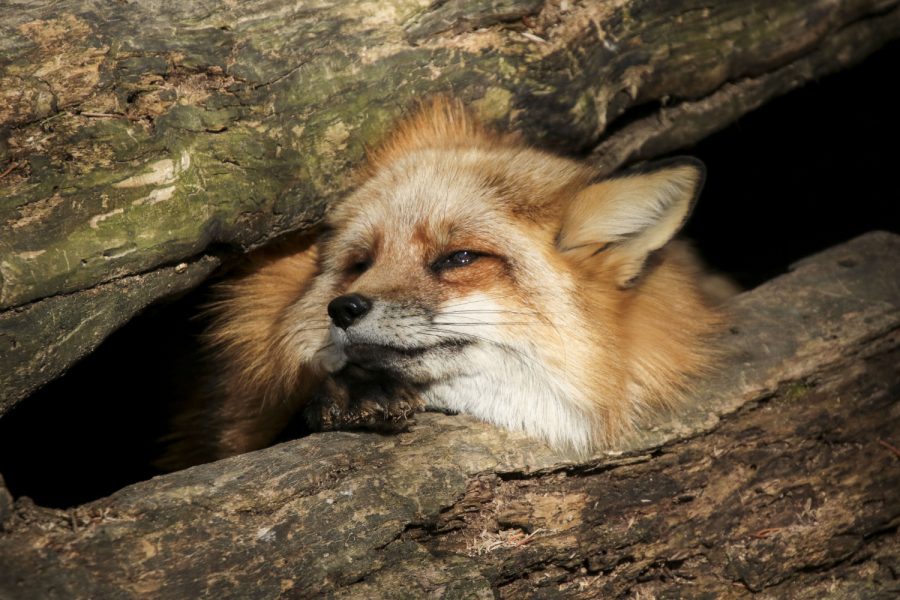 Recent sightings of red foxes in the Iowa City area counteract the statewide decline in fox populations since 2006, according to a 2020 Iowa Department of Natural Resources survey.

At this time, the red fox population is decreasing according to statewide numbers, Iowa Department of Natural Resources Wildlife biologist Steve Woodruff said. Recently, foxes have been noticed on First Avenue and at the Iowa City Elks Lodge in Iowa City.

According to the Iowa Department of Natural Resources spring spotlight survey, 24 red foxes were observed in 2020, compared to 58 in 2019 across almost 4,800 miles of Iowa land.

In Iowa City, Woodruff said some red foxes are sick with mange, which is a skin disease that comes from a mite bite. He said the disease could be a contributing factor to the drop in the fox population.

“It’s kind of a virus thing that causes them to get really sick. Then it is pretty fatal to the fox, but some do survive, some don’t,” Woodruff said.

Chris Whitmore, Iowa City Animal Care and Adoption Center animal services coordinator, said people are sometimes alarmed when they see foxes in a residential area. He said the foxes are normally just trying to find something to eat.

“I think [residents] should contact us because we should be able to try to find out where we’re seeing the most,” Whitmore said.

RELATED: PETA calls for ending animal research at the UI

According to the survey, “spotlight detections for red fox are challenging to collect due to their small size and evasive behavior,” which results in some variability in these data.

On Iowa State University’s campus, a team of students in a mammalogy class is using a fox, who coexists with students on campus, in their research.

The team wants to figure out where foxes are living and how big the fox population is around the ISU campus. The team is asking the ISU and the Ames community to use the ISU online map to mark where they have seen foxes.

In October, the Coralville Police Department posted information to citizens about fox sightings in residential areas after an uptick in calls and questions. Foxes, an animal native to Iowa, are not violent towards humans, the post said.

Adam Janke, assistant professor in natural resource ecology and management at Iowa State University and Extension Wildlife Specialist, wrote in an email to The Daily Iowan that foxes can exist with people and their pets in residential areas.

“These foxes aren’t really ‘emerging,’ they’ve been around all along,” Janke wrote. “Sometimes people just start to notice them more, or perhaps there are scenarios where one or a pair will get more comfortable around people and therefore be a bit more noticeable.”