After new evidence came to light about potential new suspects, the sentencing for Cristhian Bahena Rivera, convicted of the murder of University of Iowa student Mollie Tibbetts, has been delayed as both parties file motions. 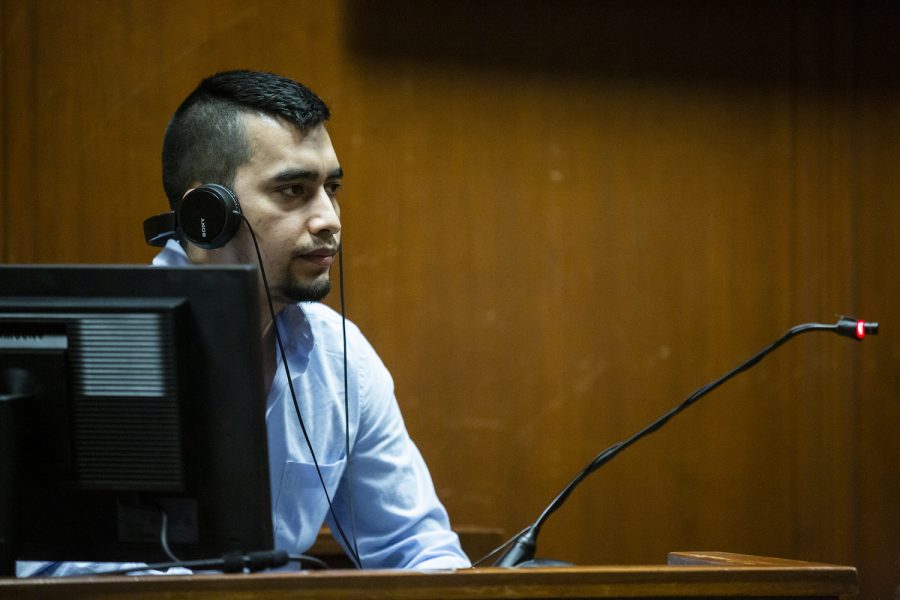 Cristhian Bahena Rivera testifies from the witness stand, on Wednesday, May 26, 2021, in the Scott County Courthouse, in Davenport, Iowa. Bahena Rivera is on trial after being charged with first degree murder in the death of Mollie Tibbetts in July 2018. (Pool Photo/Kelsey Kremer/Des Moines Register)

Sentencing for Cristhian Bahena Rivera has been delayed until the court hears a motion for a new trial, which has caused the prosecution to file resistance to the defense’s requests.

The defense for Bahena Rivera, Chad and Jennifer Frese, filed a motion for a new trial on Tuesday. They also filed a Motion to Continue Hearing on Post Trial Motions and Sentencing; Motion to Compel Brady Evidence; Motion in Arrest of Judgement; and a Supplemental Motion for a New Trial.

All motions have been sealed by the court, per an order from Judge Joel Yates, who presided over the trial that began May 18.

The jury found Bahena Rivera guilty of first-degree murder on May 28. Two days prior to the verdict, the prosecution was alerted that an inmate came forward with information on potentially new suspects in the abduction and fatal stabbing of University of Iowa student Mollie Tibbetts.

The inmate, Arne Maki, said in November 2020, Gavin Jones – referred to “inmate 2” in previous court documents – confessed that he and another individual were involved in killing Tibbetts after seeing her bound and gagged in a “trap house” they were staying at. Maki and Jones were being held in Keokuk County Jail.

Four hours after the inmate’s interview on May 26, Lyndsey Voss came forward to present corroborating evidence that other individuals were involved in Tibbetts’ death, stating Jones told her that he had raped and killed Tibbetts.

On Tuesday, the defense was provided with a search warrant corroborating the “trap house” account as an attachment to the Supplemental Motion. The motion focuses on James Lowe, a 50-year-old man who allegedly has been running a sex trafficking ring out of 405 East Market, New Sharon, Iowa during summer 2018.

The search warrant also indicated that Lowe met a sex trafficking victim in Brooklyn, Iowa – only 27 miles from New Sharon.

During investigation, the defense discovered that Lowe had a past relationship with Sarah Harrelson, the mother of Xavior Harrelson, a 10-year-old boy who went missing in Montezuma, Iowa, around May 27.

Independent investigation suggests James Lowe had been one of the last people to see Xavior before his disappearance, court documents said.

In the Motion to Compel Brady Evidence, the defense is claiming that the prosecution withheld information favorable to the defendant, a violation of the due process clause of the 14th Amendment.

The prosecution added in its resistance document that they believe this evidence would not have changed the outcome of the trial. The information from Jones and Maki is not corroborated from any evidence presented at the trial, the prosecution wrote, and would contradict Bahena Rivera’s testimony claiming masked men forced him to transport Tibbetts’ body.

The hearing for a new trial is scheduled for the same time as the sentencing prior to the motions, Thursday at 9:30 a.m.