Rob Sand spoke with attendants, including local elected officials and state legislators, during a town hall on Thursday. 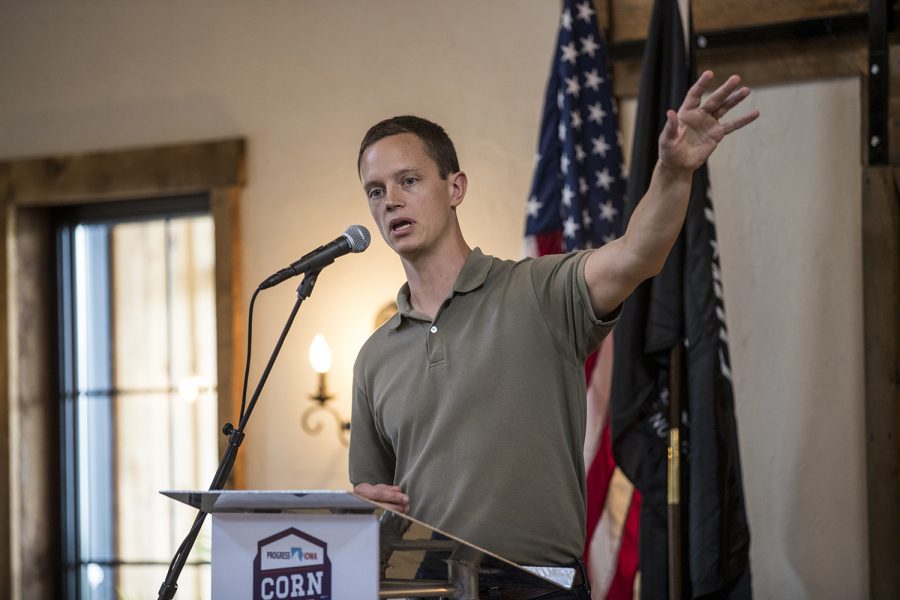 An Iowa Supreme Court ruling that the University of Iowa must disclose investors in the public-private partnership was a win for accountability in the state, Iowa Auditor Rob Sand said during a town hall meeting in Iowa City on Thursday.

The auditor’s office got involved because the university was recruiting investors to the deal, Sand said. As previously reported by The Daily Iowan, Sand requested information about the investors from the UI and regents, which they denied to share.

The auditor’s office then subpoenaed the UI, which the UI did not honor. The UI lost its argument in a Polk County District Court in February.

The UI filed an appeal, and then lost in the Iowa Supreme Court in a ruling on April 30. Sand said any self-respecting auditor would look into the largest financial transaction in Iowa history.

As previously reported by the DI, the public-private partnership was developed after Iowa Gov. Kim Reynolds advised the state Board of Regents in a letter to Regent President Mike Richards to “leverage their assets — tangible and intangible — to further invest in higher education.”

Sand stopped in Iowa City’s College Green Park and met with about a dozen people, including local elected officials and state legislators. The P3 ruling was one of two victories Sand wanted to share with the crowd regarding accountability and efficiency in state government.

The second victory was the Public Innovations and Efficiencies Program, also known as PIE. Sand said promoting government efficiently is what made him want to run for state auditor in the first place, and these PIE efforts are a part of that.

One element of PIE is a checklist that entities can adopt to save money. The PIE contest awards local officials for participating in the program, and Sand said Johnson County has the highest rate of participation of any county in the state, with every entity in the county participating. These efforts have locally been led in Johnson County by the Sustainability Working Group.

The Iowa City town hall was the last of several gatherings Sand held in the state on Thursday. Sand, a Democrat, said he was trying to avoid being too political on these stops, but did critique partisanship in Des Moines.

He noted that the centralization of power in Des Moines is an issue he has heard concern about from Democrats and Republicans alike.

Sand added that this year the state had too large of a budget surplus as people were hurting from the pandemic. One example he used was the 750 Iowa restaurants that went out of business as a result of the pandemic.