Cecilia Fasano was recently awarded a grant from NASA, which will fund her research on astronomical instrumentation. She comes from a family of scientists. 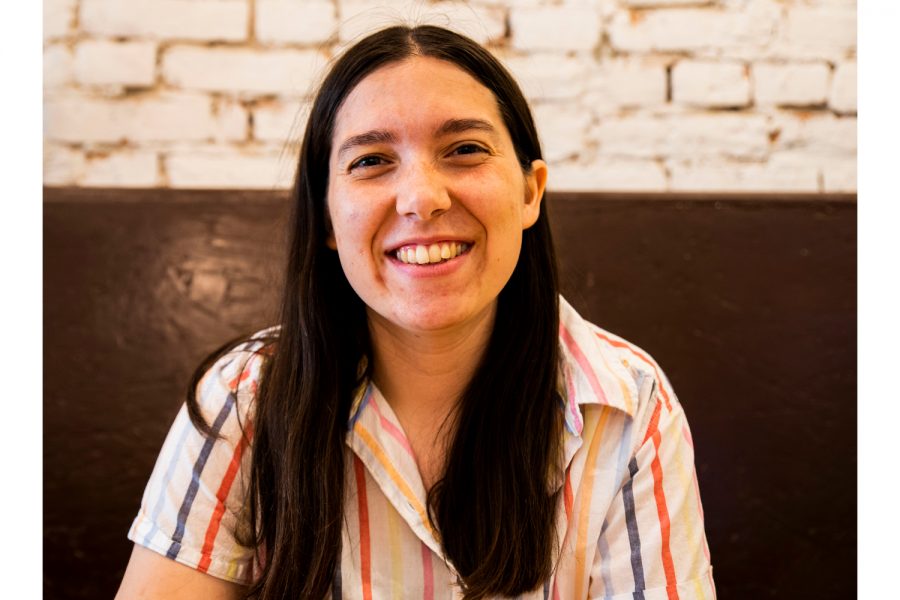 Cecilia Fasano stops for a portrait on Tuesday, July, 6, 2021. Fasano is a PHD student at the University of Iowa Department of Physics and Astronomy. She has won a three-year NASA Fellowship.

University of Iowa student Cecilia Fasano’s grant proposal is one of only 21 proposals accepted by NASA out of 200 applicants in astrophysics.

Her funded research will continue locally on campus. Additionally, the UI had two other students win an award in Helio last year in the Department of Physics and Astronomy – Riley Troyer and Sarah Horvath.

Fasano was an undergraduate in physics at Notre Dame and is now entering her second year as a physics Ph.D student at the UI. She has a family tradition in the sciences.

“I always like to say it’s similar to when you’d have a whole family of cobblers fixing shoes,” Fasano said.

Fasano’s father is a physics professor at Monmouth College. Her mother is a math major and banker, while her brother is a Ph.D student at Notre Dame studying nuclear theory.

The chair of the Admission’s Committee, professor Vincent Rodgers, noted that one aspect of their acceptance was that “Cecilia has a strong physics background and so does her family.”

Fasano’s path to the UI started with her work at Notre Dame as an undergrad and focused on astrophysics.

“My practices with my undergraduate research were… nuclear astrophysics – laboratory science in which we created conditions that we would look for reactions that you’d then use to optimize models of things happening in outer space,” she said. “If you want to know how the elements of the periodic table were formed. That’s the major question of, ‘what are astrophysics?’”

“Even at Notre Dame …  she was looking at some Roman Denari coins – what the composition of the coins was and what does that tell us about the classical economy?” DeRoo said. “But she was also interested in how the tool that [she’s] taking these measurements with works. She spent a lot of time calibrating it and … even replacing some elements of the tool.”

Fasano’s love for instrumentation is what piqued NASA’s interest in giving her a grant. DeRoo, who helped Cecilia write the grant, explains some of the reasons NASA accepted the grant, which sets the scope of her Ph.D.

“It’s not enough to be smart, because NASA is interested in a return on investment … it’s the intersection of both talent, interest, and timeliness …” DeRoo said. “This is a particularly timely study that Cecilia is proposing, because she did the legwork to figure out what is relevant.”

The grant itself is lucrative and comes with several benefits to its recipients. Fasano shared an explanation of the benefits and her future with NASA.

“It’s an interesting grant since it’s a fellowship rather than a traditional research grant a faculty member would get,” Fasano said. “They are funding my research, travel, salary, and tuition benefits. [NASA] decided this is quality research, they think I can do it, and I’ve only finished one year of graduate school. It’s a lot of trust.”