Wieskamp was part of the Hawkeye starting five in 2020-21, and declared for the NBA Draft in April. 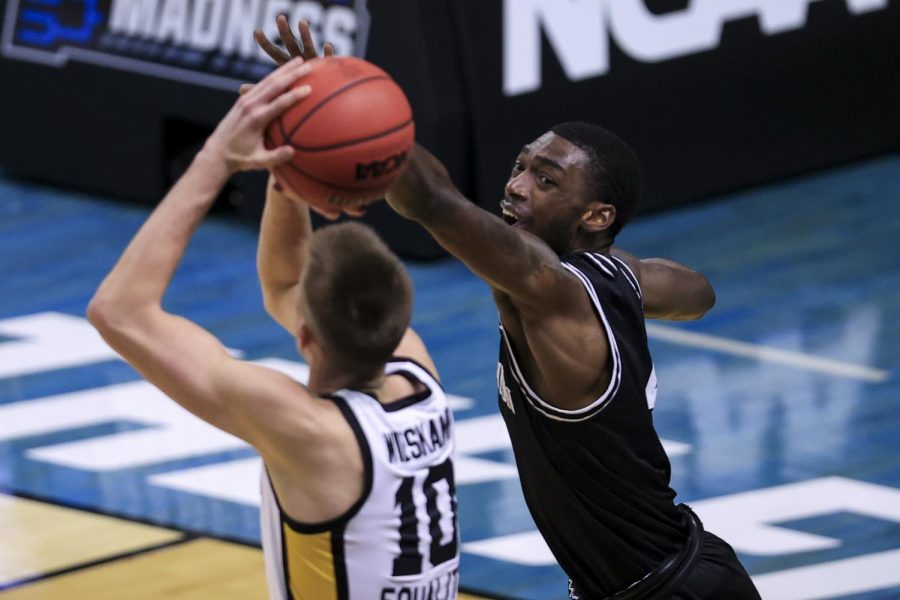 Wieskamp entered the NBA Draft on April 14 but did not hire an agent at the time, retaining his eligibility to return to the Hawkeyes for his senior season.

“Hawkeye nation… it’s been an incredible 3 years,” Wieskamp said on Twitter Friday. “I can’t thank you enough for your support throughout my career… At this time, I’d like to officially announce that I’ll be keeping my name in the 2021 NBA Draft. I’ll be a Hawkeye for life!”

Hawkeye Nation.. it’s been an incredible 3 years. I can’t thank you all enough for your support throughout my career…

At this time, I’d like to officially announce that I will be keeping my name in the 2021 NBA Draft. I’ll be a Hawkeye for life! #WiesyOuttaHere ✌🏻💛 pic.twitter.com/UKWPXCf4vr

Wieskamp played for the Hawkeyes from 2018-21. Previously, Wieskamp declared for the draft after his freshman season with Iowa but withdrew his name to return to the Hawkeyes for two more seasons.

But when Wieskamp entered the draft in April, analysts had a mixed consensus on if the junior guard would be drafted.

Wieskamp was invited to the 2021 NBA Draft Combine, held from June 21-27 inn Chicago.

At the combine, Wieskamp posted the fourth-best lane agility time out of all combine participants at 10.70 seconds.

Wieskamp also had a 48-inch vertical — good for top-five at the combine.

During his first 5-on-5 game, Wieskamp scored a team-high eight points as his team lost by 40.

But in the second game, Wieskamp notched a double-double with 26 points and 10 rebounds.

Wieskamp and 2020-21 consensus National Player of the Year Luka Garza will represent the Hawkeyes in the 2021 NBA Draft on July 29 at the Barclays Center in Brooklyn, New York.