Over 30 elected Iowa Democrats attended an event hosted by Rep. Christina Bohannan to rally the party ahead of the 2022 campaign season. Ras Smith, Liz Mathis, and Abby Finkenauer discussed motivation to run in the upcoming election. 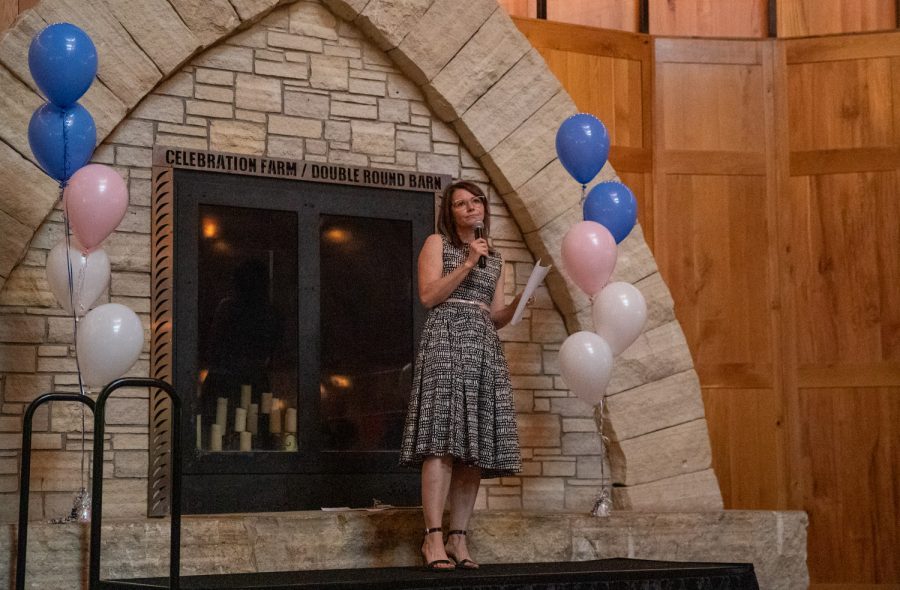 Iowa Democrats met in Iowa City on Friday where members of the party recently announced their motivation and possibility of running in the 2022 midterm election.

Former congressperson Abby Finkenauer and Iowa Sen. Liz Mathis both alluded to running in the next election and beginning their campaigning. Rep. Ras Smith, D-Waterloo, announced his run in the 2022 gubernatorial race on Jun 15.

The event was held Friday evening as a birthday fundraiser for Rep. Christina Bohannan, D-Iowa City, where over 30 state officials and many members of the party were invited to celebrate and prepare for campaign season through donations to the Iowa Democratic Party.

Mathis said that she is seriously considering running for Iowa’s First Congressional District seat, a role that is currently taken by Republican Congressperson Ashley Hinson, and said that access to affordable healthcare, education and help for small businesses would be on her list of priorities.

Ras Smith, who has begun campaigning for the 2022 gubernatorial race where he encourages Iowans to come as they are and bring what the things that makes Iowa great like their differences.

Smith used his speech to rally the democratic party and make sure they stay motivated and are not discouraged by the results of the 2020 election in which Iowa Republicans flipped two seats and the Democrats did not flip any.

Rep. Jennifer Konfrst, D-Windsor Heights, said that the party needs to focus on flipping 10 seats in the Iowa House during this election, in order to bring the Democrats to the majority in the statehouse.

While Finkenauer was unable to comment on the possibility of a race during her interview with The Daily Iowan, she said that events like this one where people can finally gather together in person will be a good start to the campaign season.

Finkenauer said that losing her seat in Congress was tough, but that she has been motivated by the actions of the Republican-controlled state Legislature, which she called an assault on Iowa, their values and decency.

“I’m here to tell you this, it has lit a fire in me. I am not done, I have work to do. Iowa has work to do and we are going to, in 2022, bring decency, and integrity, and the truth back,” Finkenauer said.