After the Big Ten moved 2020 fall sports to the spring of 2021, coaches and players are now adjusting to a shortened offseason before the season begins again in August. 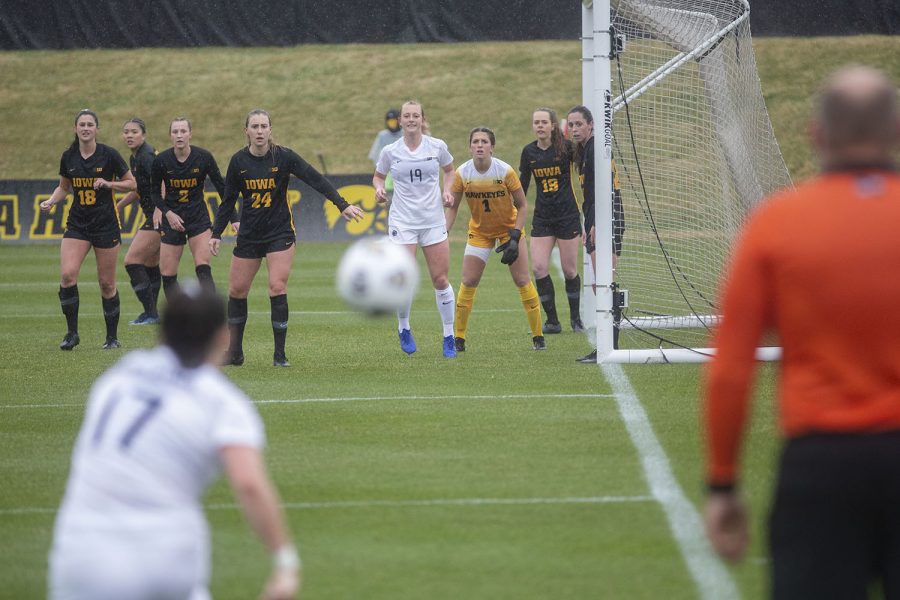 The 2020-21 season was unusual for all college student-athletes because of the COVID-19 pandemic, but it was fall sports that saw a drastic change to their schedule.

After the Big Ten announced that fall sports, with the exception of football, would be postponed, it was uncertain whether Iowa volleyball, field hockey, women’s soccer, and men’s and women’s cross country would even have a 2020-21 season. That is, until the NCAA laid out a path for fall sports to play in the spring.

With the unconventional 2020-21 spring seasons now finished, fall sport coaches and athletes are adjusting to a short turnaround for the 2021-22 season this fall.

In a typical season, fall sports finish in November — depending on the team’s postseason commitments.

Volleyball and field hockey have offseason training until January, with the exception of Thanksgiving and winter breaks. Soccer typically takes four weeks off after the season ends before starting to prepare for spring exhibition matches.

Teams have eight-hour training weeks for the first half of the spring before transitioning to a 20-hour week during their spring competition. Soccer’s spring season has around six exhibition matches while volleyball and field hockey play spring tournaments that end before May.

The summer is filled with strength training and optional workouts run by players as coaches are not allowed to run practices for most of the summer.

“The other aspect that we deal with in our sport, and field hockey does as well, is our preseason is just not long enough,” Dilanni said. “Basketball programs laugh at us because we have 14 days to be able to build a team and prepare to win at this level. Basketball is practicing right now, and they don’t start until November.”

In the 2020-21 season, fall sports played a more competitive schedule into April and May. Hawkeye field hockey and soccer face an even shorter offseason because of their postseason success in the spring.

Dilanni’s soccer squad won the Big Ten championship in April and made it to the second round of the NCAA Tournament before falling to No. 3 UCLA, 3-0.

Iowa field hockey fell in the semifinals in the Big Ten Tournament, but the Hawkeyes catapulted to a NCAA Tournament Final Four run in May.

“We spent a lot of time as a coaching staff with our strength and conditioning coach to adjust what our normal summer training program would look like because we had to give our team a needed break,” field hockey head coach Lisa Cellucci said. “The training will ramp up a little bit more for us by July 1. That typically is a little late for us in the summer.”

“I think in our sport with only two weeks of preseason, [injuries] are always going to be something that is a concern,” Dilanni said.

But now, teams have the opportunity to build on momentum created in the spring, or quickly wipe away the disappointment of a bad season.

“We’re going to have pretty much the same team back, which is awesome,” senior volleyball middle blocker Hannah Clayton said. “Having a season so close to our fall season kind of gave us more fuel to the fire and more excitement to play.”