The UI awarded more than $12 million across the seven projects. The funding will be dispersed over three years by the UI. 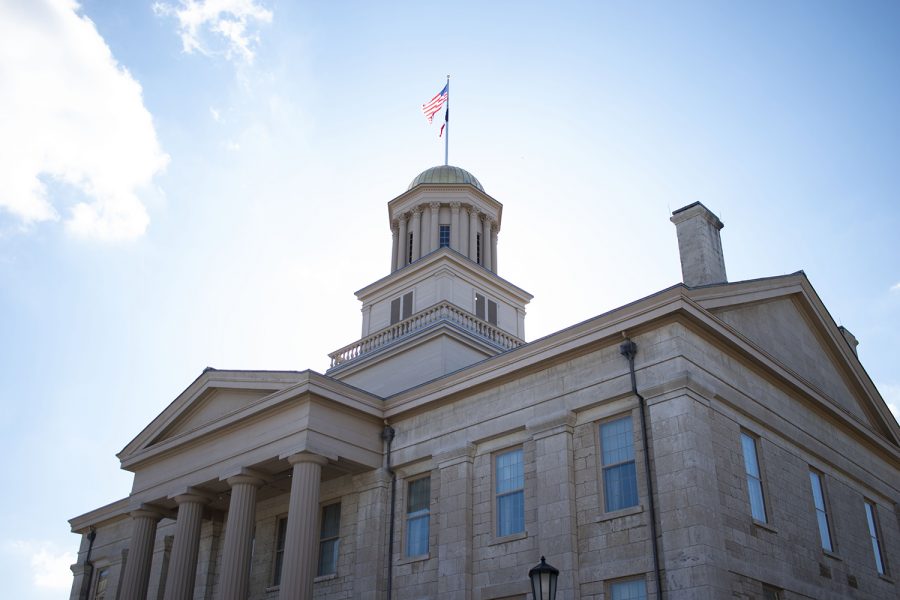 The public-private partnership, also known as P3, is a 50-year partnership involving ENGIE North America and Meridiam’s utility system. The P3 allows the UI to fund $15 million toward grants per fiscal year.

All of the projects embody the UI strategic plan’s values of student success and engagement; research and discovery; and diversity, equity, and inclusion.

One of the projects, “Extending Iowa’s Success in Space-Based Research Across Campus,” is headed by Philip Kaaret, UI professor and department chair of physics and astronomy.

This project will build on UI’s success in space-based research to compete for NASA funding.

Kaaret said the project will affect UI students across campus and not just those in the STEM field.

“Now we’ll have people who come to the university because they’re interested in climate change, but then they’ll also be able to work in space-based research,” Kaaret said.

Kaaret said he hopes the project will work with the Chemical and Biological Engineering for Earth Observing department and the Earth and Environmental Science for Lunar Science departments.

For Kaaret’s project, he said the main goal is to implement a summer program that will attract students from all over the nation during the project’s duration

“One part of the project is specifically a summer school where undergraduates from the University of Iowa and also area, and actually national schools, will be brought to the university for two weeks, where they’ll actually fly detectors on either airplanes or drones,” Kaaret said.

Kaaret said the summer program will teach students who don’t have the confidence to build drones to learn how.

“One of the main goals of the P3 was to provide annual funding to help the university fund its strategic plan and the core mission of UI,” Lehman wrote to the DI.

The seven projects include topics ranging from Health Science to tailoring academic policies and strengthening research at UI.

“Each of these projects not only will advance the university’s strategic plan, but represents a collaborative effort unlike any we have ever seen at Iowa,” Provost and Executive Vice President Kevin Kregel said in the release from the UI.

Another project, “A Campuswide Learning at Iowa Framework to Increase Students’ Academic Success” students with learning science-based methods for how to learn effectively, Shaun Vecera, a UI psychological and brain sciences professor said.

Vecera is the lead on the project, which will receive $900,000 over the span of three years. He said he was excited to receive funding for this project because he sees his project having a lot of potential to support students.

One of the plans for the Learning at Iowa project is to implement sources that encourage learning habits in all aspects of life for UI students.

“We have partnerships with residential life so that some of this content can find its way into hawk talks that RA’s are having with students on their floors,” he said.

Vecera said the project will help UI students learn how to be effective learners for the rest of their lives.

“When students go on to jobs into careers, they never stop learning and the way that you learn is applicable to anything,” Vecera said.