19 UI students recently signed a film option with Fugitive Films for their novel Gilded in Ash, a rewrite of The Great Gatsby. 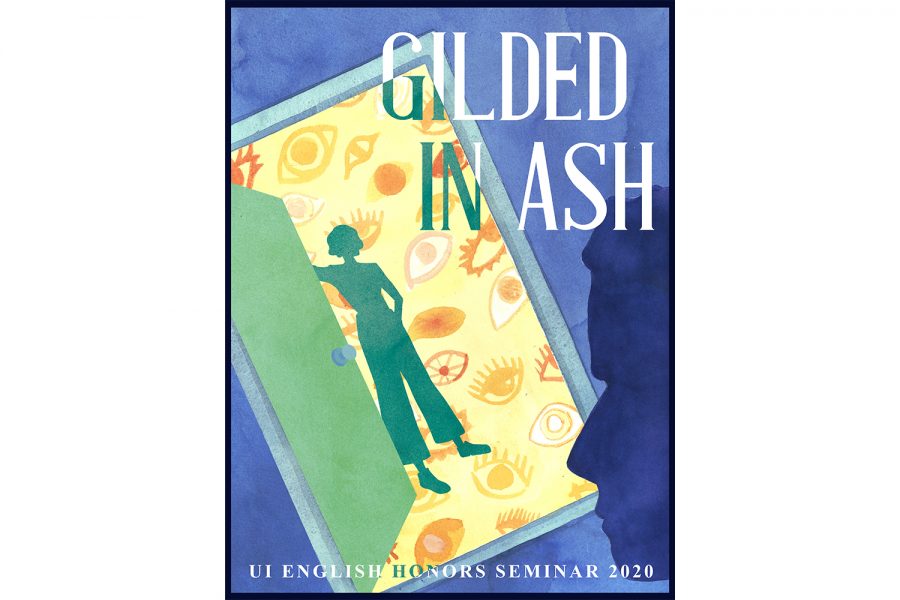 Since The Daily Iowan last spoke with those involved in the project last December, students of the class have signed a Film Option with producers Mikaela Beardsley and Jamie Gordon, where they are working collaboratively toward drafting a screenplay, finding talent, and eventually selling or funding the project.

In the words of the UI students who signed the option, the process was incredibly rewarding, but also carried with it some unforeseen challenges.

In order to sign the Film Option, the authors had to form an LLC (Limited Liability Company). As undergraduate students, this is the portion of the process that they found the most difficult. Jack Donley, a UI senior, stepped up to the plate and worked with his parents, who are both lawyers, to create the LLC. Donley said that while it was difficult, his favorite part of the film option process was creating the Old Sport LLC.

“I really enjoyed writing the operating agreement for the LLC,” Donley said. “I like the minute details and figuring out the legal language which is kind of like a puzzle. That portion was really fun for me.”

After creating the Old Sport LLC., the authors of Gilded in Ash read through an option that producers Mikaela Beardsley and Jamie Gordon had written up. After reviewing the option, the students wrote up a couple of things they would like to change and sent it back to the producers. Once all of the terms were agreed upon, the Old Sport LLC. signed the film option.

The producers who worked on the film option, Beardsley and Gordon, said that they were interested in Gilded in Ash almost immediately. For Beardsley, the choices the authors made excited her- both in what was changed, and what remained the same.

“I was really excited that the original novel was still recognizable. History has been written by too few voices and we need more voices in the telling of our human experience,” Beardsley said. “But we also need to always remember what was written before. To take a classic like this and to reimagine it while keeping in mind that we haven’t told everybody’s stories equally is really cool. The choices they made in the reimaging are very much of the moment, but the original work is also recognizable.”

The choices the authors made, such as changing Gatsby from a straight white man to a lesbian black woman, put voices that were not written into the original story at the forefront. This drive for diversity in their novel came from a desire of the authors to see themselves represented in their work, said UI junior Olivia Tonelli.

“All of the characterization in the novel came out of a place where each individual in the classroom wanted to see themselves represented in the novel,” Tonelli said. “For Gatsby, it began with us wanting to change the love story around a little bit and take it in the direction of a queer romance.”

According to UI senior Katelyn Peters, she’s learned a lot from writing the novel as well as working on the film option.

“Even though we’re college students and young, that doesn’t mean that we can’t really engage in complex topics and discuss the more prevalent and larger scale issues in the world.” Peters said.

From here, the producers will work on the screenplay with two UI students from Stecopoulos’ class. They hope to have a finished draft by the end of the summer, and after that will work on attaching talent, including directors and stars. After that, raising money or selling the story in order to set up the project is the next step. According to Beardsley, nothing in the film industry is ever guaranteed, but signing the film option is a good start.

This upcoming fall Stecopoulos will host another honors seminar fiction class that focuses on The Sun Also Rises by Ernest Hemingway.