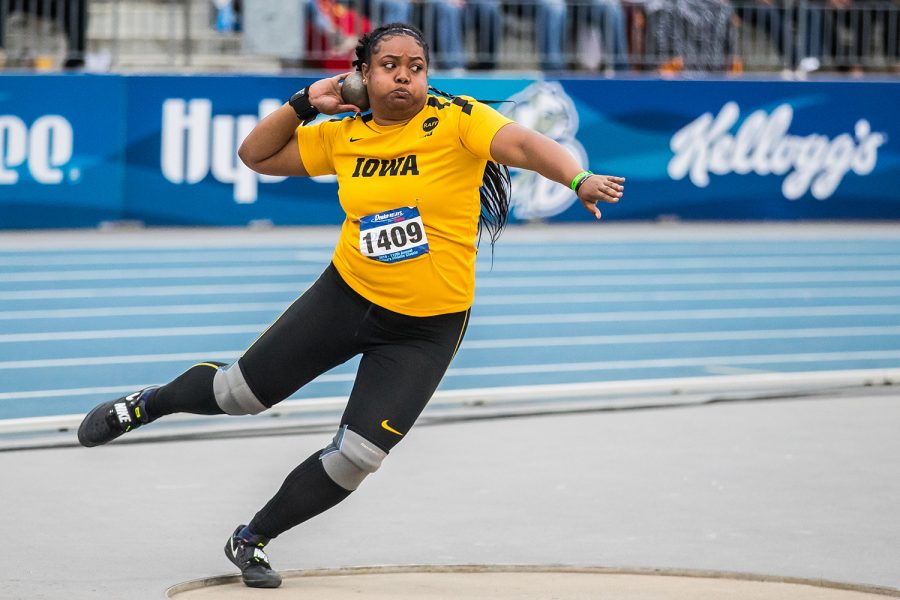 Woody has now won five USTFCCCA awards during his coaching career. He earned Midwest region head coach of the year honors following the 2021 indoor and 2019 outdoor seasons. Woody was named USTFCCCA Midwest Region Assistant Coach of the Year in both 2013 and 2011.

Tausaga has won the USTFCCCA’s Midwest Region Women’s Field Athlete of the Year award four times. Prior to Friday, Tausaga claimed the honor following the 2019 indoor and outdoor seasons and the 2020 indoor season.

Woody’s Hawkeye men claimed the 2021 Big Ten Outdoor Championship on May 16. Iowa men’s track and field scored a UI-record 127.5 points on the event. The Iowa men have won the three consecutive Big Ten Track and Field Championships, dating back to the 2019 outdoor season.

Ten of Iowa men’s track and field’s athletes qualified for the 2021 NCAA Division I Outdoor Track and Field Championships. The Hawkeye men’s 400-meter relay team is making its eighth-straight trip to the NCAA Championships. The Iowa men are ranked 15th in the USTFCCCA’s national rating index.

In May, Tausaga won her fourth-straight Big Ten discus title at the 2021 Big Ten Track and Field Outdoor Championship, becoming the first in Iowa track and field program history to accomplish the feat. The Spring Valley, California, native placed first in the shot put and second in discus at the NCAA West Regional last week.

Tausaga qualified for the 2021 NCAA Championships in both events.

Tausaga is a four-time outdoor All-American and the defending national champion in the discus as she took home the gold in 2019. She is the No. 2 seed in both the shot put and the discus in this year’s NCAA Outdoor Championships.

The 2021 NCAA Division Outdoor Championships will be held June 9-12 in Eugene, Oregon. The event can be streamed live via Watch ESPN.