Muhlbauer, the first Democrat to announce their candidacy for the 2022 Senate Race in Iowa, has been meeting with Democratic leadership and residents across the state. 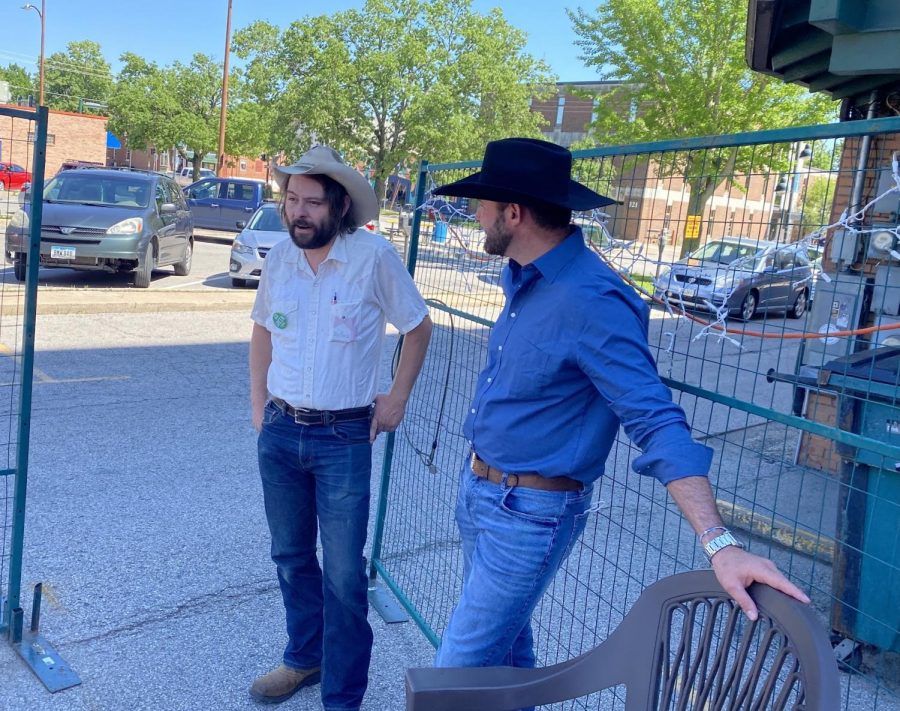 Iowa City was one of Muhlbauer’s stops on his second day traveling on the campaign trail. He announced he would be running as a Democrat for the U.S. Senate in Iowa’s 2022 race on Monday and began traveling across the state Tuesday.

“It’s been absolutely phenomenal, it’s been great,” Muhlbauer said in an interview with The Daily Iowan. “We’re meeting great people, we’re hearing about real life issues. It’s nice to finally get out and do this, where we can mingle with each other and meet you face to face.”

Muhlbauer met with Democratic leadership in Johnson, Black Hawk, and Cerro Gordo counties. He said he spoke with people at Newton’s Cafe in Waterloo, Iowa, who didn’t know about the campaign, just coming in and out of the restaurant Wednesday morning.

Ed Cranston, the chair of Johnson County Democrats, said while it is still early in the 2022 election, he has been impressed with Muhlbauer’s message.

During Muhlbauer’s conversation with the county Democrats, Cranston said they discussed the importance of having good Democratic candidates in every race to bring attention to the party and issues with the consolidation of meatpacking plants, which were highlighted during COVID-19 outbreaks.

The first Democrat to join the race, Muhlbauer said the response to his launch online has been “crazy.”

“People are excited. They’re excited somebody jumped into the race, they’re excited we can have these conversations and get messages out there,” he said. “I mean, that’s where it starts, you got to be able to have an open and civil conversation, no matter what side of an issue you’re on, so that we can come to an understanding of each other and come to a point that works for the majority of all of us.”

Sen. Chuck Grassley, R-Iowa, filed with the Federal Elections Committee as a 2022 Senate candidate, but has not announced if he will be running for reelection.

He has stated in press calls that he will make his decision in the fall. Sen. Jim Carlin, R-Sioux City, announced he would be running for the U.S. Senate seat in February.

Grassley has been in the Senate longer than Muhlbauer has been alive. Before being sworn in as a senator, he served three terms in the U.S. House, after serving as an Iowa state representative from 1959-74.

“I am going to run as me,” Muhlbauer said. “Maybe it is a little bit of a David and Goliath story, but I’m gonna run as me, and who I am is a small town farm kid who came back to the farm. I’m raising my family there, my kids are going through the school system as we speak. My boots on the ground like every other Iowan.”

Grassley has won reelection by a healthy margin since his first Senate race in 1980, but Muhlbauer campaign is projecting optimism.

Muhlbauer, who was previously a Crawford County supervisor, said he was familiar with campaigning as he grew up. His father, Dan Muhlbauer, and grandfather, Louis Muhlbauer, were both Democrats who served as county supervisors before joining the Iowa Legislature.

“The idea is we want to leave the next generation in better hands. We continue to build upon making our communities in our state better and raising that quality of life,” Muhlbauer said of the tradition of public office in his family.

A fifth generation farmer, Muhlbauer said getting rural voters to connect with Democrats is difficult, but he plans to meet people where they are by going out into communities and spreading the campaign message door to door.

He added that voters have to get past the polarization of politics.

As senator, Muhlbauer said he would focus on improving agriculture, mental health, education, and infrastructure, including broadband access.

“I think we can promote for people to come to Iowa, people to stay in Iowa, for people to get educated, and come back to Western Iowa or to right here in Iowa City,” he said.