The Hawkeyes will race against No. 5 Michigan and Louisville Sunday morning at Belleville Lake. 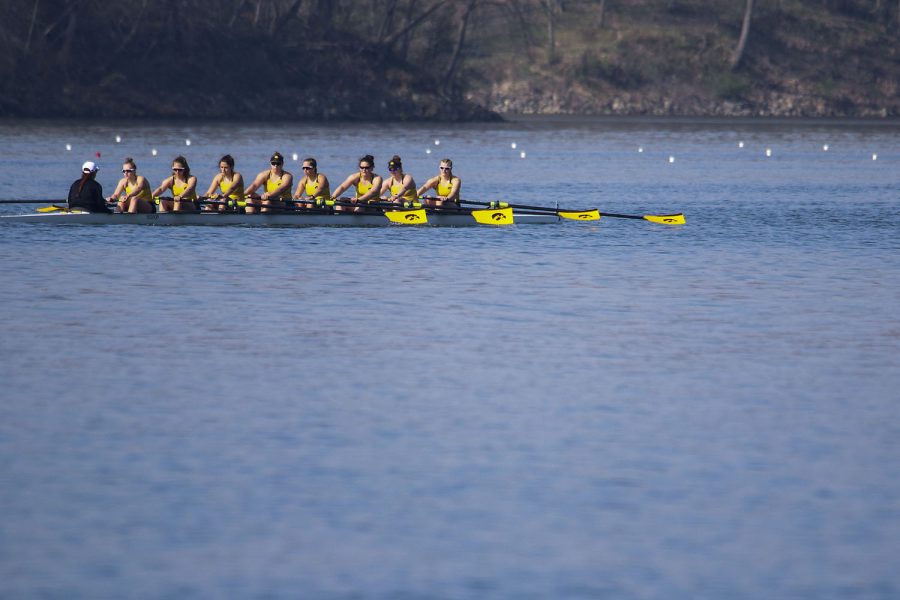 The Iowa Hawkeyes cool down while heading back to the dock after their race on Saturday, April 24, 2021.

The Iowa rowing team will close out the 2021 regular season in Ann Arbor, Michigan, against No. 5 Michigan and Louisville on Sunday morning at Belleville Lake.

The races will be live streamed on the University of Michigan’s rowing Instagram page (umichrowing).

After starting the season ranked in the top ten, Iowa enters the weekend as the first team out of the latest College Rowing Coaches Association top 20 poll.

This drop in the rankings comes after the Hawkeyes won the II Novice 8 and recorded three second place finishes at last week’s regatta in Solon.

Following the regatta at Michigan, the Hawkeyes will head to Indianapolis for the Big Ten Rowing Championships May 16.