This year the City of Iowa City is looking to expand programs to double the record it set for tree planting in 2020. 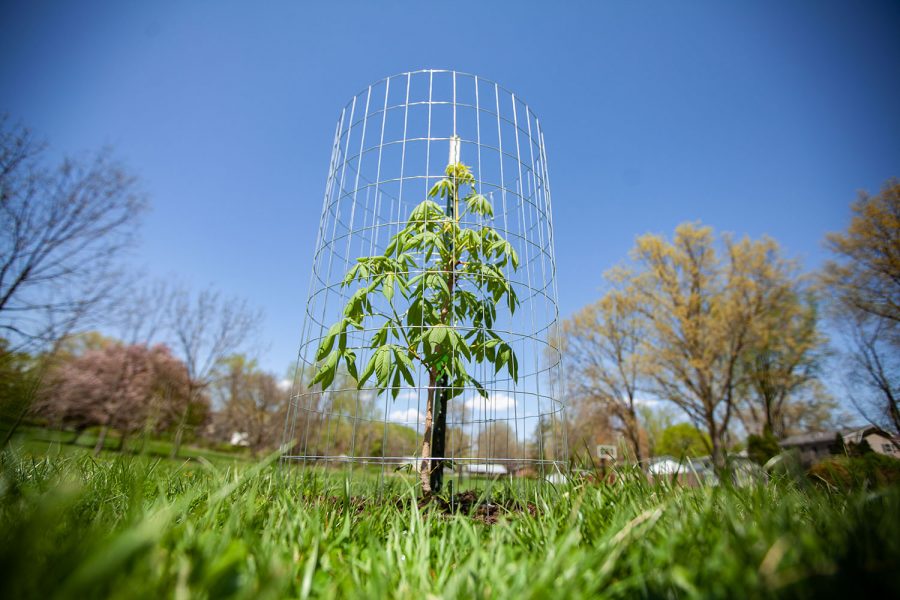 After breaking records for tree-planting in 2020, the City of Iowa City is planning to plant a more diverse and plentiful selection of trees in 2021.

Tyler Baird, the superintendent of parks and forestry for the Iowa City Parks and Recreation department, said the 2020 plantings were possible because of a variety of planting methods.

“The planting windows are fairly small with spring and fall being the optimal time to plant trees,” he said. “So, our staff plants trees in house and we have projects that get contracted out through our purchasing and engineering departments for larger scale tree plantings.”

Planting trees is a part of the city’s Climate Action and Adaptation plan, Baird said, and the city plans to more than double its record from 2020.

One of the ways the city was able to plant 400 trees was through the Root for Trees program, a new pilot project. The initiative allows Iowa City residents to receive a 50-percent off voucher to purchase a plant on their private property.

“When we were developing the plan, we had more than 800 Iowa City residents contribute thoughts and ideas,” she said. “A desire for trees was very clear in those comments and we want the community to be a part of these plans.”

The derecho added urgency to the program because it created an even larger need to plant trees, Gardner said. The vouchers expire on May 15, and the city is keeping track of who is utilizing the program and what types of trees participants are planting, he said.

Gardner stressed the importance of planting a diverse selection of species to avoid future vulnerabilities that Iowa City has witnessed in the past, such as those caused by Dutch Elm Disease or Emerald Ash Borer, which have taken out several trees in the area in recent years.

Local government is not the only group focusing on rejuvenating the tree population in Iowa City and Johnson County. Bur Oak Land Trust, a local conservation and restoration nonprofit, is beginning a project to foster pawpaw trees.

Executive Director of the Trust Jason Taylor said the goal for this project is to bring back the threatened zebra swallowtail butterflies. The sole food source for the insect is the pawpaw fruit.

“A side benefit for us in this program is that these trees are native to Iowa and they store carbon,” he said. “…We still have the ability to restore land in Iowa that has been altered by restoring prairies and other species is incredibly important.”

If done properly, Taylor said endangered species can inhabit urban zones and Iowa can be a safe haven for a larger quantity of species like it was previously.

Because of programs like the Root for Trees program and the Foster a Pawpaw project, Gardner said Iowa City is on track to decrease its carbon emissions by 45 percent by 2030.

She said this puts the city in a position to have net zero carbon emissions in 2050, like the plan articulates.

“Having a Climate Action Plan helps us verify our successes so far as a community,” she said. “It also identifies the actions we can take, individually and collectively, to get to the point where we want to be.”

Baird said the city is preparing to plan 1,000 trees in 2021 with the community’s help. He said it’s important to have action goals that the community can participate in like these programs.

“The Climate Action Goals are to sequester carbon and trees are something visible that help achieve that goal,” he said. “They’re tangible action items that get people excited for the other goals and this is a whole city-wide effort not just after the derecho, but for our climate and environment.”