UI researchers are investigating the potential of the photosensitizing drug Verteporfin to treat soft tissue sarcomas. Soft tissue sarcomas are a rare form of cancer that has traditionally not responded well to chemotherapy and radiation, so researchers say it is important to explore novel treatments. 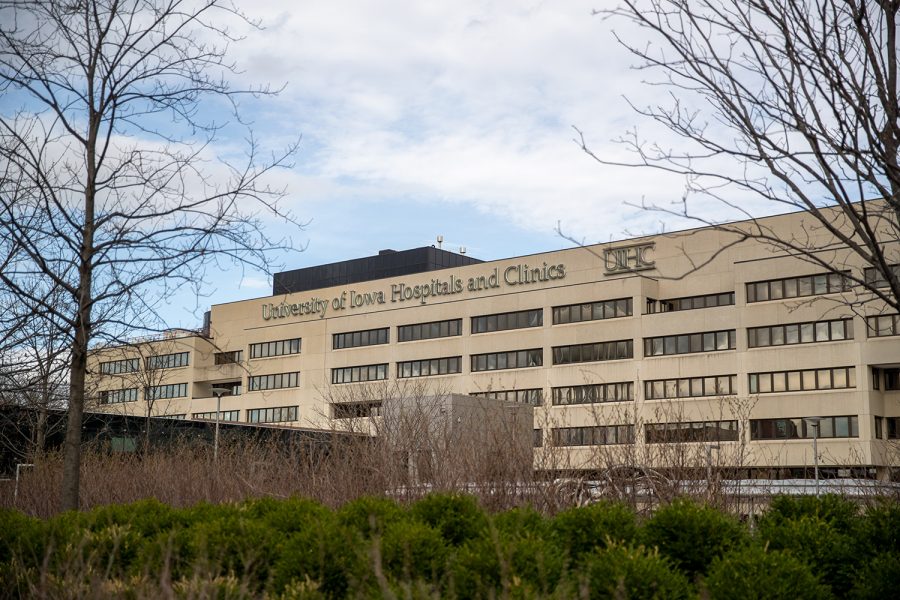 Researchers at the University of Iowa are investigating the potential of using photodynamic therapy, a type of cancer treatment that uses high-frequency light and photosensitizing agents, to combat soft tissue sarcomas.

Varun Monga, co-author of the paper and a UI clinical assistant professor and medical oncologist at UI Hospitals and Clinics, said that — when the photosensitizers react to the light — they generate free radicals which cause oxidative stress, leading to the killing of cancer cells.

Soft tissue sarcomas are a rare form of cancer with about 150 subtypes and traditional treatments like chemotherapy and radiation are not as effective as compared to other types of cancer, Monga said.

“With this [research] we are basically advancing the science and the treatment of soft tissue sarcomas, which traditionally have not responded well to chemo and radiation,” he said. “So, trying something new in this space could help to prolong patients’ lives.”

Munir Tanas, co-author of the paper and an associate professor in the UI department of pathology, said the researchers are focusing on a photosensitizing drug called Verteporfin. They are interested in the dual mechanisms Verteporfin could provide for treating soft tissue sarcomas.

In addition to investigating its use as a photosensitizer for photodynamic therapy, Tanas said researchers are also interested in the drug’s impact on the Hippo Pathway, a signaling pathway that controls organ size.

“The neat thing about drugs like Verteporfin and potentially other porphyrin drugs is that they can inhibit one of the oncoproteins in the pathway called YAP,” Tanas said. “A lot of cancer cells, in particular sarcoma cancer cells, our lab has shown that YAP is key to them proliferating and surviving. So, if you remove that oncoprotein, that’s one way to have a cytotoxic effect.”

Oncoproteins are proteins encoded by an oncogene — a gene which can cause the transformation of a normal cell into a tumor cell.

“It really is on the cutting edge of treating a cancer that is difficult to treat,” said Fatima Toor, co-author of the paper and associate professor of electrical and computer engineering at UI. “By doing PDT in sarcoma patients, we can use dual mechanisms for killing and hurting cancer. That’s the innovative bit here.”

As researchers continue to investigate this treatment option, Monga said one of the biggest challenges is figuring out how to deliver the light to deeper areas of the body, especially muscles.

He said the researchers are partnering with Toor to come up with the best ways to deliver the light treatment.

“Laser technology has advanced in the past couple of decades. The idea is to utilize my expertise and introduce these new light sources within the University of Iowa’s PDT program,” Toor said. “The other thing that I bring to the team is determining the dosimetry of the photodynamic therapy, which is key for making sure it’s going to be effective in killing cancer.”

The research is currently in the preclinical stage, during which UI researchers have partnered with Gal Shafirstein, a photodynamic therapy research expert at the Roswell Park Cancer Center. Shafirstein is experienced in using photodynamic therapy to treat head and neck cancer but using the therapy in sarcomas was something the UI team brought to him, Monga said.

“Trying something different in this tumor type, sarcomas, if it can achieve a good outcome that would basically add another treatment option in the armamentarium that we have,” he said. “Ultimately, we all want a cure for sarcomas and to never see them coming back. That’s ultimately what we’re aiming for.”