The Hawkeyes will be hosting four teams at Lake MacBride Saturday. 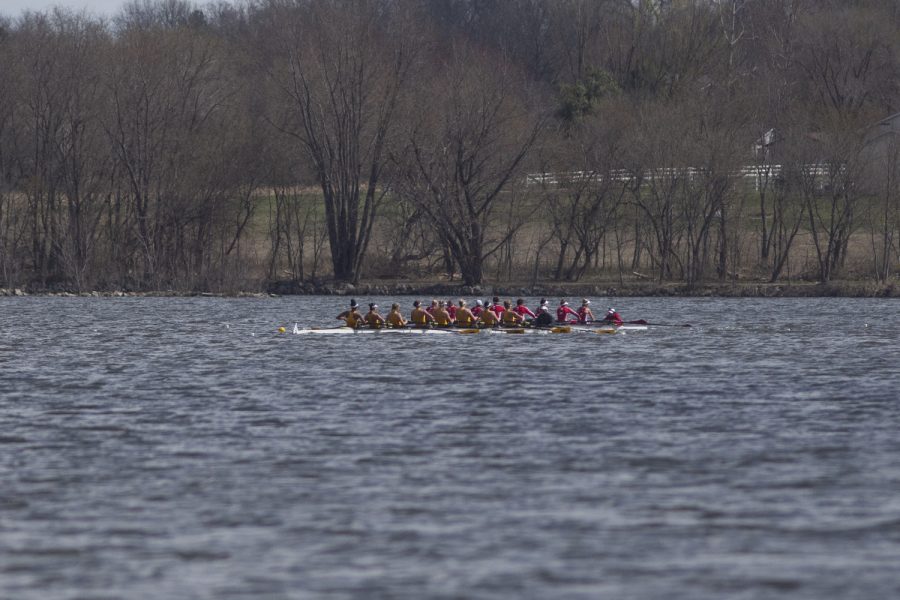 Iowa's varsity 8 crew passes Wisconsin the first session of a women's rowing meet on Lake MacBride on Saturday April 13, 2019. They won the race by 7.49 seconds Iowa won 3 out of 12 races with the varsity 8 crew winning both races for the day.

Iowa rowing is set to host its first and only regatta of the season against Drake, Minnesota, Kansas, and Wisconsin at Lake MacBride in Solon Saturday. It is the program’s first time hosting a regatta in two years.

Iowa will race against No. 16 Minnesota and No. 19 ranked Wisconsin for the second time this season. Iowa has not raced against Drake or Kansas so far this season.

Iowa’s II Varsity 8+ won the two races last weekend, and the I Varsity 8+ and I Varsity 4+  each finished a race in second.

This regatta will be an important measuring stick for the Hawkeyes with the postseason right around the corner.

The Hawkeyes will travel to Michigan for their final competition of the regular season next weekend, followed by the Big Ten Championships May 16 in Indianapolis. The NCAA Championships take place May 28-30 in Sarasota, Florida.

The regatta will be streamed on BTN+.