A home is formed 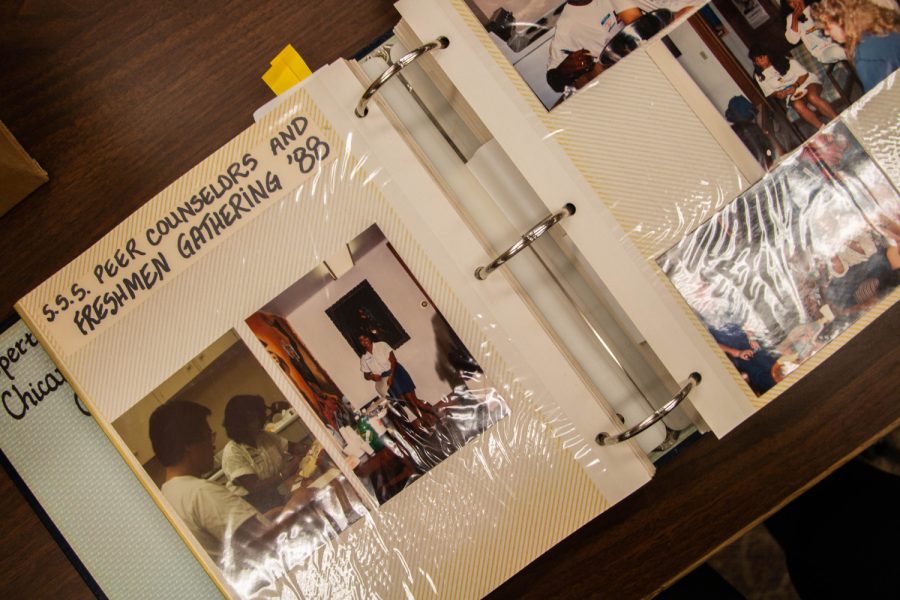 Items from the Univeristy of Iowa's Special Collections and University Archives are seen as part of a collection honoring the 50th anniversary of the Latino Native American Cultural Center.

More than 50 years ago, three UI students noticed a lack of people on campus with identities like their own. Nancy “Rusty” Barceló, Antonio Zavala, and Ruth Pushetonequa came together and traveled across Illinois and Iowa, in hopes of bringing more Chicano and Indian American students to the university.

For Barceló, the idea came to her as a UI graduate student in 1969. She was considering dropping out because she was one of few people who shared her identity and upbringing on campus. Her mother had sent her a care package of traditional Mexican treats like pan dulces and chorizo. She missed the food and people she saw daily at home.

While sitting in the UI registrar’s office waiting to drop out of school, she spotted a brochure on the ground for the Educational Opportunities Program.

“I thought to myself, ‘Why am I the only one?’” Barceló said.

In her time at Iowa, Barceló had not met many other students of Latinx or Native American identities. This changed when she met Pushetonequa and Zavala.

In a Daily Iowan article from 1971, Zavala and Pushetonequa said they hoped to establish a counterpart to the Afro-American house that was created in 1968. The founders had hoped to show films on campus and bring theatrical groups that would display their cultures.

“When I got to the University of Iowa, I started looking for the few Mexicans that were around,” Zavala said.

One month, Zavala organized a party in his dorm for the then-named Chicano and Indian American Student Union, hoping to bring together people of similar identities. After getting everyone on board, the students applied for a formal chartered organization status on Nov. 6, 1970.

As the group continued to grow, the UI reported the addition of more dormitory advisers from underrepresented backgrounds in 1972. According to a 1972 DI article, around 10 Black students, one Indian student, and one student with a disability were hired as dormitory advisers.

The students would meet at 115 Clinton St., where the Spanish language department was located. By Oct. 4, 1973, they wanted their own formal house on campus. Under the administration of Willard “Sandy” Boyd, UI officials granted the space of 308 Melrose Ave. to the students of the Chicano and Indian American Student Union on campus.

The original Clinton Street building would later be torn down for new facilities at the UI. One piece of the original house would still follow the new building, however — a large wooden fireplace from the old house. The fireplace currently sits in a room on the second floor of the center, surrounded by rooms dedicated to affiliated student organizations with the LNACC.

The center faces Melrose Avenue, with a large walkway to a red-brick building resembling a typical family home. Inside, walls are painted a deep red, with chairs in almost every room. At the heart of the center is a kitchen with a fridge described as “always being full.”

Artwork and posters line the walls of both Latinx and Native American history that have accumulated over the years, with a mural prominently placed in the main living room. Manuel Unzueta created the mural in 1974. However, after many years of display, the mural began to deteriorate and was later restored by a local artist in 2001. The mural had lost the colors and original artist’s name, however, and this sparked controversy among many students at the time.

In addition to the new space, UI administration and students of underrepresented backgrounds spoke often in the early years of the center to continue the momentum of bringing more students of color to campus.

According to a 1973 DI article, 25 Chicano students met with then-Vice President for Student Services and Dean of Academic Affairs Philip Hubbard to request more out-of-state recruiting of students, use of the aid from the student support program, a Chicano faculty member, and a bilingual-bicultural UI Hospital and Clinics staff member to help break down barriers faced.

Every Saturday, a group of students of Chicano and Indian American backgrounds would go to elementary schools such as West Liberty to help children who were experiencing language barriers in the classroom, according to a 1973 DI article.

Recruitment of students with similar identities was key to continuing the momentum that they were building. Barceló would drive a university-provided van to areas in the Midwest to recruit students and the group would organize a “UIowa Chicano Conference” on April 26-27, 1974, entitled Nuestra Realidad, our reality.

“I’m surprised we all graduated,” Barceló said. “We were so committed to making sure others followed us to the University of Iowa.”