The junior was also named Big Ten Defensive Player of the Year. 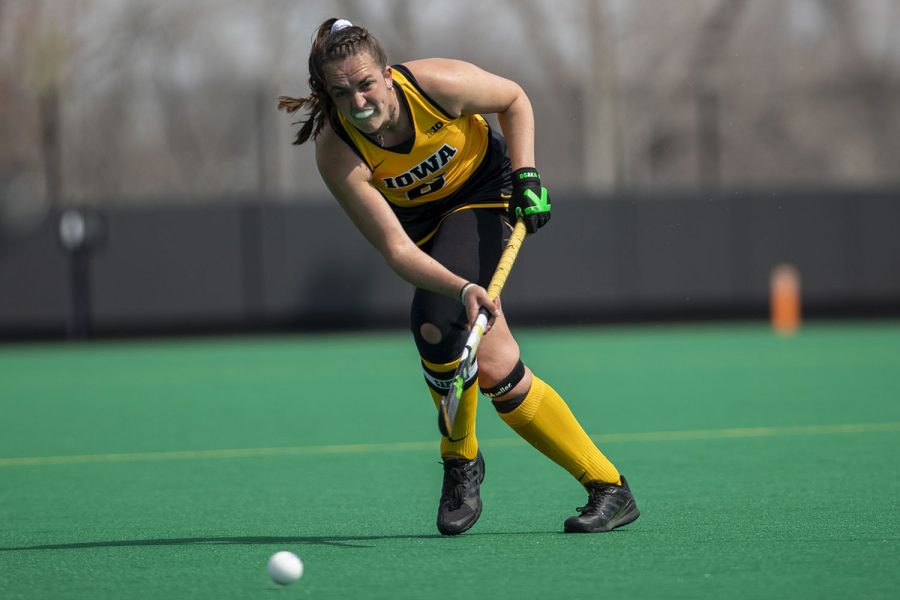 Iowa defender Anthe Nijziel passes the ball during the second quarter of a field hockey game against Maryland on Sunday, April 4, 2021 at Grant Field. The Hawkeyes defeated the Terrapins, 3-0.

Additionally, Iowa head coach Lisa Cellucci was announced as Co-Big Ten Coach of the Year. That is her second time in a row earning that honor. It’s the eighth time overall for an Iowa coach earning the honor in program history.

Nijziel’s honors are the first time an Iowa student-athlete has won both recognitions in the same season.

“I am ecstatic and so very proud of Anthe,” Cellucci said in a release. “To be named the Big Ten Player of the Year as well as the Defensive Player of the Year is a remarkable accomplishment and one that she is so deserving of. From the minute Anthe stepped on campus as a freshmen, she has made an impact on and off the field. Besides her unbelievable skill and competitiveness, Anthe possesses a humble excellence and what makes her so special is that she is the first person to turn the spotlight on her teammates and reminds each of them how important they are to our success. Anthe is joining elite Iowa Field Hockey company today becoming the seventh Big Ten Player of the Year and the seventh Big Ten Defensive Player of the Year in program history.”

The Netherlands native has two goals, three assists, and seven points for Iowa this season.  The Iowa defense has had seven shutouts this season and has only allowed eight goals.

Senior forward Maddy Murphy was named to the second team All-Big Ten. She has seven goals and 14 points on the season. She leads the Hawkeyes with a 22.6 shooting percentage.

Iowa will play Maryland Wednesday at Grant Field in the quarterfinals of the Big Ten Tournament.