The Hawkeye men’s golf team will welcome 12 other teams to Finkbine Golf Course in Iowa City this weekend, while the Iowa women travel to Bloomington for the Indiana Spring Invite. 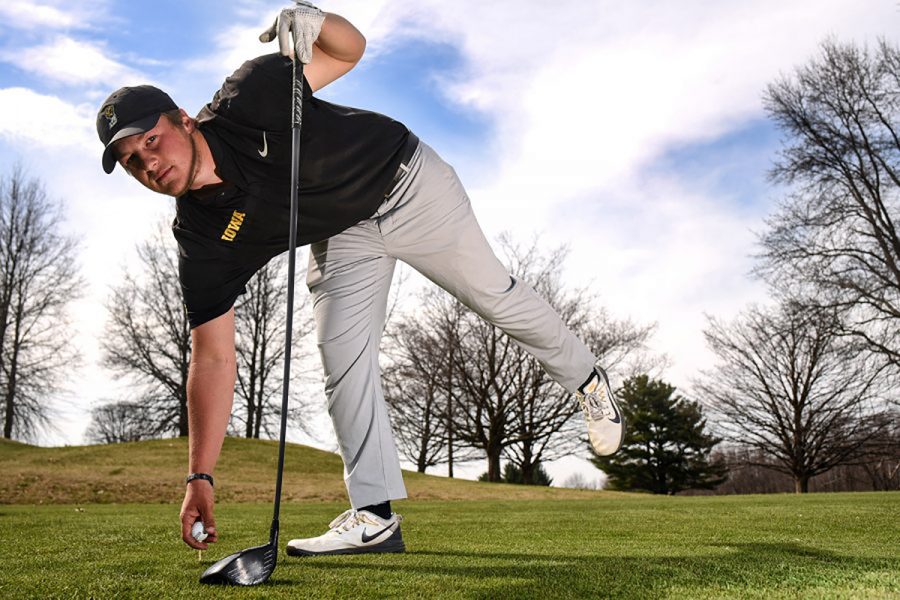 The Iowa men’s golf team will try to defend its 2019 Hawkeye Invitational title this weekend at Finkbine Golf Course.

This weekend, the Hawkeyes aren’t likely to replicate the school-record 43-under-par total score they posted at the 2019 Hawkeye Invitational, as Finkbine has undergone a few changes that have made the course a bit more difficult since Arizona-based Troon began to manage the course in February 2020.

Nonetheless, the hosts are doing everything they can to be the best-prepared team in the field.

“We’ve been playing at Finkbine since it opened [this spring], and we try to get out there every day to play as much as we can,” senior Alex Schaake said in a release. “That’s more of the main priority than even going out and practicing. We want to get as comfortable with the course as we can before we play because that’s a huge advantage that we can use against the other teams.”

This weekend, Schaake will begin play as the tournament’s returning champion, as he shared the 2019 Hawkeye Invitational crown with his former Hawkeye teammate Matthew Walker.

Schaake posted a 14-under-par score in 54 holes at 2019 Hawkeye Invitational, good for a school record.

In three rounds of action at the 2019 Hawkeye Invitational, Schaake posted rounds of 63, 72, and 64. Sixty-three is still the best score Schaake has ever hung up at Finkbine.

Coming into this weekend’s event off of back-to-back top-five performances — including a runner-up finish at the Spartan Collegiate March 9 and a tie-for-fifth finish at the Calusa Cup April 6 — Schaake’s believes he’s ready to defend his 2019 Hawkeye Invitational title.

“I definitely am going to take some confidence from both of those [finishes],” Schaake said. “I’m playing well. The [Calusa Cup] course is a lot more difficult than Finkbine, so just kind of take that same energy that I was playing with, the same smarts to Finkbine, and hopefully that will lead to four or five shots better every round. I think that’s what’s it’s going to have to take to get it done.”

Multiple Hawkeyes could be in the hunt for the individual title come Sunday as senior Benton Weinberg finished in a tie for sixth at the 2019 Hawkeye Invitational.

This weekend’s tournament is open to fans, and shotgun starts will begin the action on both Saturday and Sunday at 8:30 a.m.

“We welcome everybody to come out and watch and hopefully see some good golf and some maybe some future PGA TOUR stars out here this weekend,” head coach Tyler Stith said.

While the men’s team stays home, Iowa women’s golf will travel to Bloomington, Indiana, to compete in the Indiana Spring Invite.

Iowa women’s golf head coach Megan Menzel is excited to see what her team can do in the Hoosier state, as the Hawkeye enter the tournament fresh off an overall team win at the UNI Invitational.

“I think we’ve been cleaning things up and performing better so that’s really the goal,” Menzel said. “We’re trying to have fun. We’re trying to remain calm, work hard, and just keep them focused on what they can all do.”

The Hawkeyes’ No. 1 player, freshman Klara Wildhaber, will not make the trip to Indiana this weekend as she deals with a wrist injury.

Live results from both the Hawkeye Invitational and the Indiana Spring Invite can be found on golfstat.com.