Wilson will visit campus on April 15-16 to meet with campus leaders and participate in a public forum at 3:30 p.m. on Thursday. Wilson is the second of four finalists for the position 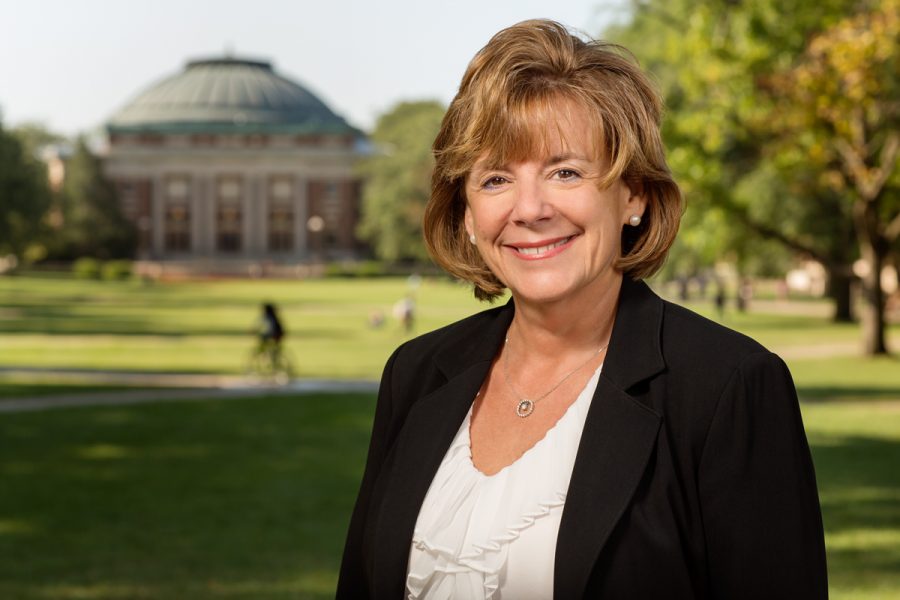 She oversees three universities in Illinois in Chicago, Springfield, and Urbana-Champaign that enroll more than 90,000 students. She has held her current position since 2016. She also supervises more than 6,000 faculty members and a budget of $6.74 billion.

Wilson served as interim chancellor for the University of Illinois at Urbana-Champaign from 2015 until 2016 before entering her current role as executive vice president. Among her achievements in this role, she led the philanthropic agenda for the university, raising $200 million in new gifts during fiscal year 2016.

Her areas of expertise include the social and psychological effects of the media, particularly in young people. She is the co-author of Children, Adolescents, and the Media, has authored three volumes of the National Television Violence Study, and has published dozens of scholarly articles, chapters, and book reviews on media effects and their implications for media policy.

While in her current role, Wilson serves as the primary liaison to the University of Illinois Systems Board of Trustees and leads two diversity and one sexual misconduct committee.

Wilson currently leads a new system-wide initiative to promote leadership opportunities for women in faculty positions and spearheads a $2 million initiative to celebrate the impact of the arts and humanities. She also focuses on recruitment of underrepresented minority faculty members.

Current UI President Bruce Harreld announced his retirement in October 2020, opening up the search process for his successor. The initial pool of 80 candidates for the next top Hawkeye was narrowed down to four earlier this month. Following all four finalists visiting campus, the state Board of Regents is set to make a decision on April 30.

The UI will hold a public forum with Wilson at 3:30 p.m. on Thursday, where she will answer submitted questions from the 40 in-person attendees and online viewers. The livestream of the event will be on YouTube and questions can be submitted to the search committee online. Feedback for all candidates can be submitted until April 26 at 5 p.m.