After decades of research at a southeast Iowa site, Iowa researchers discovered a burial site that was believed to be lost. The location gives Iowans a better understanding of “what it is to be human.” 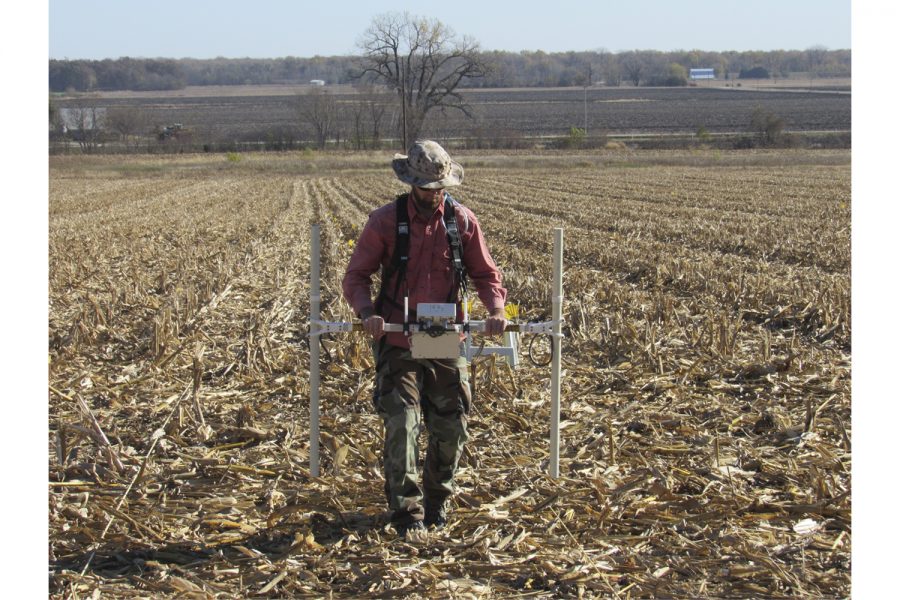 After researching a historical site for three decades, a burial site that was believed to be lost because of the flattening of land was rediscovered recently.

The burial site in question has been studied by William “Bill” Green, the former head of the Iowa Office of State Archaeologist, a research institute at the University of Iowa, since the 1990s. The site is associated with the Havana Hopewell culture and Indigenous people who lived there from 100 B.C. to 300 A.D.

The Gast Farm site in between Grandview and Fruitland, Iowa was initially believed to have one mound, which is an artificial change in the level of land, and was found to have six, Green said.

“We now know that just because a mound has been flattened for a number of years does not mean that it has been destroyed,” he said. “This research continues to open up additional opportunities for locating important sites like this one and trying to preserve them.”

Through a geophysical survey of the land beneath the surface detected anomalies that could not be seen by researchers, Green said. The use of magnetometers in this study allowed for the land to be surveyed without disturbing it any further, said Adam Wiewel, an archeologist at the National Park Service’s Midwest Archeological Center who worked with Green.

Previously, this land was surveyed via aerial photographs to discover different soil colors that would suggest an earthwork below the surface, Wiewel said.

“We had an idea about what we would find while conducting this research and we found something very different, but it was successful because we’ve learned a lot about the site and the people who interacted with it,” he said.

Current Director and State Archaeologist at the Iowa Office of State Archaeologist John Doershuk said this research was possible because of technological advancements in the field of archaeology. The research adds to what the public and researchers know about Iowa, he said.

“This research project is an example of how we can get a good view of a culture at a particular time,” Doershuk said. “This technology gives us a broader understanding and appreciation for what it is to be human.”

Green said this research allows Iowans to better understand the history of the state. Research similar to Green’s can be conducted, Green said, because now archaeologists can access land that has been flattened in a way they couldn’t when he started looking at this site.

“These methods open up a new way to look at the Iowa landscape,” he said. “So many people say everything is plowed flat and there’s nothing to see, but there may be some rich story that you can detect below the surface that helps us understand our past.”

Preservation is the main goal from here, Green said, and he is thankful there are individuals in Iowa who want to protect sites like this one. He said Native American communities in the state are the reason there are good preservation tactics in the state.

“Over the last 40 years, there has generally been cooperation between archaeologists and the Native American community in respecting these sites and protecting them after they’re found,” he said. “Native Americans in Iowa have been the ones from the start pushing to locate and protect burial sites.”

There are still some unanswered questions about this site, Wiewel said, and he believes there will be future studies to better understand the historical grounds.

“The site has been impacted by cultivation for decades,” he said. “A geophysical survey could reveal a lot about southeast Iowa. When it comes to archaeology, especially with a project like this, it’s a matter of continuing to ask questions and utilizing new technology to discover more.”