The process to develop the 2022-2027 strategic plan is in full swing at the University of Iowa, but the main Strategy Team was missing a few key voices: students and shared governance 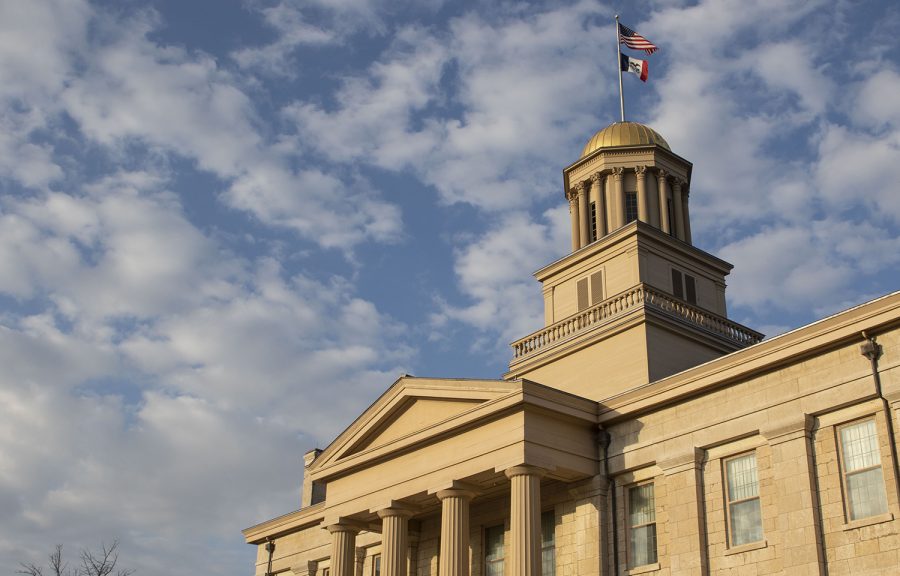 Following questions from students, the University of Iowa Strategic Planning Strategy Team is adding ex-officio members to its structure to allow for more student voices in creating the university’s roadmap for the next five years.

As the UI turns to a new strategic plan for 2022-27, which sets priorities and invests in initiatives for the next year, the strategy team is slated to include faculty, staff, central administration, collegiate deans, health care, and representatives from the Center for Advancement. When the team’s make up was announced in February, however, students were not listed.

When Graduate and Professional Student Government President Mackensie Graham heard there wouldn’t be student representation on the Strategy Team, she said she was concerned because the team oversees the allocations of the funding from the public/private partnership.

The public/private partnership is a 50-year agreement between the UI and French energy firms ENGIE and Meridiam to maintain the university’s utility system. The deal brought in $1.1 billion upfront to fund the university’s strategic goals.

“The decision to leave students out affects at least the next five years of students and probably longer,” she said. “This sets the foundation for how the university moves forward. With $15 million a year, that’s a lot of years and money that students will have no direct oversight, insight, or review of.”

After being a part of the strategic plan over the last year, Graham said she was shocked to hear student voices were going to be omitted from the Strategy Team.

“Shared governance has been on the Path Forward committee, which was tasked with reviewing the year zero P3 proposals,” she said. “As this strategic plan ends, there are new models for what strategic planning will look like next year and it wasn’t very clear for a long time, and then in February it became clear that students weren’t going to be on the strategy team.”

The Strategy Team will also receive input from four developmental teams, broken into student success; diversity, equity, and inclusion; research and discovery; and faculty and staff success. The developmental teams do have student representatives, Graham said, but no voting power.

“The Strategy Team makes the decisions and has the power,” she said. “The sub teams have students, but those committees only inform the Strategy Team. Removing shared governance and specifically removing students is less transparent, and the strategic plan is meant to help the university be transparent.”

RELATED: From disappointment to a seat at the table: how University of Iowa President Bruce Harreld changed shared governance

Outgoing Undergraduate Student Government President Connor Wooff said the lack of student voices in the decision-making process was concerning to him as well. In his four years at the UI, he said he has seen the benefit of shared governance and he doesn’t want to see that go away as he prepares to graduate this spring.

“The University of Iowa has a strong history of shared governance and sets us apart from other institutions,” he said. “… But this is a step in the wrong direction for the university. Removing student voices from the overarching strategic planning group from this process basically takes away our seat for the next five years from the university’s most critical process and mission.”

UI media-relations Director Anne Bassett wrote in an email to The Daily Iowan on April 9 that shared governance leaders will serve in ex-officio positions on the Strategy Team. She said the team is also adding student positions to some of the developmental teams that didn’t previously have student representatives.

“There will now be a postdoc and an undergraduate student on the Research and Discovery Development Team in addition to the two grad students,” she said. “… All are student government nominees.”

RELATED: Diversity, equity, and inclusion to be core pillar in next UI strategic plan

In a statement to the DI, co-chairs of the Strategy Team Provost Kevin Kregel and Vice President of Research Marty Scholtz said they are still looking for opportunities to add students to the process, but the team is already “fully engaged.”

“We appreciate the interest and engagement of students, and all of Shared Governance, in the process — and our goal is to ensure that we have individuals assigned to the Strategic Planning Development Teams who have the expertise and background to support the implementation and success of the new strategic plan,” the statement said.

The commitment of team members spans two to three years, the statement said, which can be disrupted by having a student serve due to a potential change in membership if the student graduates.

Following these changes, Graham said she was glad a middle ground was found so various shared governance voices can be heard.

“While an advisory/feedback role is definitely important, I certainly would have preferred that students and shared governance reps have a voting position on the Strategy Team,” she said. “But if this is what can be agreed to at this time, it’s better than absolutely nothing.”