The University of Iowa requested three facility changes for approval at Wednesday’s state Board of Regents meeting. 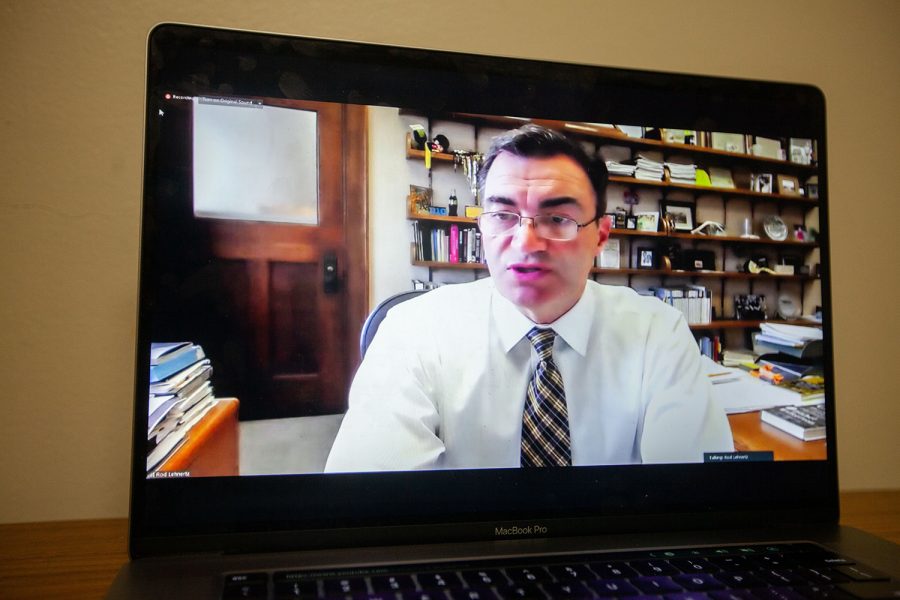 The University of Iowa requested three facility changes for approval at the state Board of Regents meeting on Wednesday, including spending at least $10 million to replace windows in the four-year-old Stead Family Children’s Hospital.

The UI requested to replace windows on levels four and five of the connector bridge between the children’s hospital and the John Pappajohn Pavilion in UI Hospitals and Clinics.

The window replacement project would take an estimated $10 to $15 million funded by the UIHC building usage funds, UI Senior Vice President of Finance and Operations Rod Lehnertz told the regents.

“We are entering into the design, so there’s still work to be done as to what this may, or will end up costing,” Lehnertz said.

The Stead Family Children’s Hospital, built in 2017, came with a final price tag of $392 million, ballooning $122 million over budget throughout the process. The UI was ordered to pay $17 million to Modern Piping, a construction company that worked on the building, in August 2018 after disputes over the construction process.

Lehnertz said there were some developing concerns such as delamination, spotting blemishes, and instances of coronary cracks that were related to the long-term performance of some of the windows.

“We will continue to monitor the windows and are replacing those that we feel are in the range of some isolated cases of window damage or delamination that we’ve experienced,” Lehnertz said.

The UI also requested approval of the schematic design and budget for the Pharmaceutical Sciences Research Building, Lehnertz told the regents.

The plan will convert a 21,500 square foot area within the North Wing of the Pharmacy building into office spaces. Lehnertz said the office space will host units that include the UI College of Nursing, the Carver College of Medicine, and the College of Public Health, which are currently located in the Westlawn building.

“This will allow us…to empty Westlawn and remove that roughly 137,000 square foot building, a building that has better than $20 million in deferred maintenance and an annual operating cost of $900,000 a year,” Lehnertz said.

The demolition and other deferred maintenance to renovate the North Wing of the Pharmaceutical Sciences Research Building will cost $4.57 million, funded by UI building renewal and other sources of funding.

Lehnertz said the UI will look at starting construction on the Pharmaceutical Sciences Research Building toward the end of this summer and will take roughly one year to complete.

The final project requested by the UI for approval is the expansion of the Level 4 Breast Health Center into the UIHC Pomerantz Family Pavilion. This project would cost an estimated $4,149,000 to complete, Lehnertz told the regents.

“This is a project adding effects 11,660 gross square feet of in creates a clinical space that primarily expands and consolidates the breast health center, spread across many units and in different places of the hospital,” Lerhnertz told the regents.

Lehnertz said this project is expected to start this summer and be completed in spring 2022.