After returning all five of their starters in the secondary from last season’s squad, an experienced defensive backfield will lead the Hawkeyes next season. 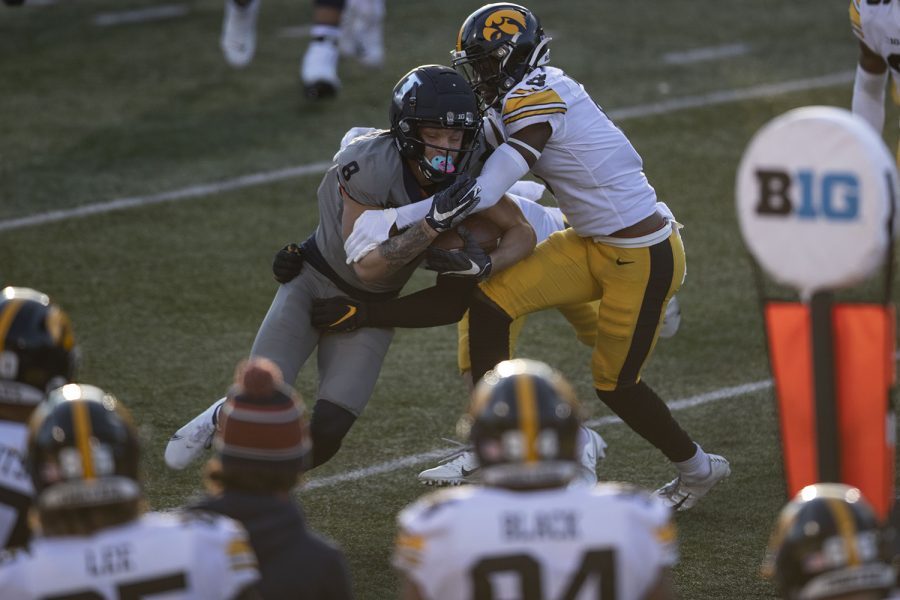 “I wanted to switch it up a little bit today,” Hankins said to the two dozen reporters on the video call. “I’ve got a few questions for you all today. How did everybody get into reporting? Was this always your dream?

After Hankins heard the answers he was searching for, the Lewisville, Texas, native began fielding questions, including what career path he wants to get into, presumably after an NFL career — his dream. Hankins, a business major, envisions himself working in the clothing industry, while also earning a living through the real-estate market and investments.

But all that will have to wait at least one more year.

Hankins announced in January that, because of the additional year of eligibility provided by the NCAA this season amid the pandemic, he’ll return for the 2021 season, his fifth as a Hawkeye.

“It’s really nice having a super senior I guess you could call it,” cornerback Riley Moss said. “You can never have too many leaders out on the field.”

After playing in all 12 games in 2017 as a freshman and starting two of them, Hankins has been a constant starter at cornerback for Iowa the last three seasons. Hankins’ return means Iowa’s secondary brings back all five of its starters from last season — including Moss (senior), free safety Jack Koerner (senior), strong safety Kaevon Merriweather (junior), and Dane Belton (junior), the team’s starting cash.

UNI transfer Xavier Williams is in the mix to receive playing time in the secondary as well.

Hankins said Tuesday he returned to address parts of his game he still wants to improve on, including being more physical with receivers. But while he works to better prepare himself for a professional career, Hankins also serves as a leader in Iowa’s experienced secondary.

“Matt has so much knowledge of the game,” Merriweather said. “When he’s in, when he’s out there, he pretty much knows what’s going on before the play even starts. He sees the stances of the receivers and he will tell me things sometimes [before the play]. I think having that experience of playing in this conference, that will really help our defense.”

With Hankins locking down his side of the field, Iowa’s defense was among the best in the country last season.

The Hawkeyes allowed the fewest yards per play (4.34) in the country and finished with the nation’s sixth-best scoring defense (16 points per game allowed). And the secondary was a big factor in that. No Power Five program has more interceptions that span four seasons than Iowa.

Zach VanValkenburg (who, along with Hankins, is one of four Iowa seniors to return for another season) is the only holdover from last season’s starting defensive line.

Iowa’s corners and safeties, given the starting experience the group has, may be further along than other position groups. But, in Hankins’ mind, and with defensive coordinator Phil Parker preaching that even an experienced group can still get better, Iowa still has room to improve on the back end.

And plenty of time to do it.

“We’ve got a lot of potential,” Hankins said. “It’s spring practice, it’s not going to be perfect. We don’t have a game next Saturday. But it’s looking good so far.”