She’s played both pitcher and first base for the Hawkeyes this season. 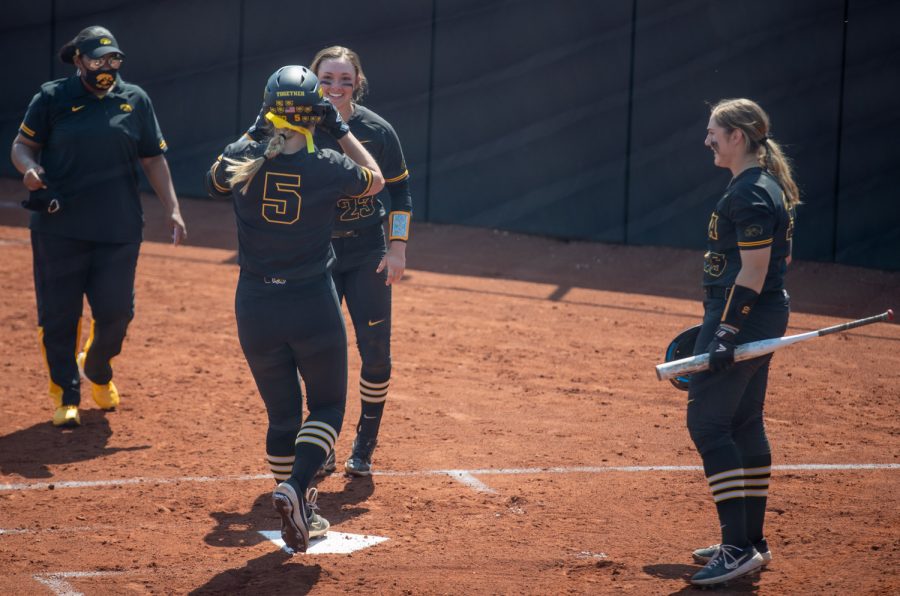 In 2020-21, freshman Denali Loecker has quickly emerged as one of Iowa softball’s most potent offensive threats.

The first baseman currently boasts a .328 batting average through the first 19 games of the season — good for third on the Hawkeyes’ roster. Loecker’s seven doubles rank first on her team and second in the Big Ten.

Although the transition from high school to Division I softball hasn’t been seamless for the Ogden, Iowa, native, the Hawkeye coaching staff has seen her improvement each week.

Of late, Loecker has also been one of the Hawkeyes’ most effective multi-tool players. In addition to her duties at the plate and on first base, Loecker has gotten some time in on the mound.

“It’s been hard [to balance two positions],” Loecker said. “It was difficult the first couple practices because I didn’t know exactly what to do, and I was kind of thrown everywhere. But as the season went on, it’s been easier to adjust, along with just getting my time management very organized.”

So far this season, Loecker has made just one appearance as a hurler.

Despite Loecker’s poor outing and lack experience on the mound, Iowa has still been solid at pitcher this season.

A trio of senior pitchers — right-handers Allison Doocy and Sarah Lehman and southpaw Lauren Shaw — has proven to be an effective starting rotation for Iowa throughout the year. While Loecker does still face live hitters at practice, she knows she won’t be asked to pitch a lot of innings for the rest of the year.

“We have three great senior pitchers right now,” Loecker said. “So, I’m just there to be a backup if something happens. I know that’s my spot, so I’m just going to keep working in practice.”

At practice, Loecker hasn’t spoiled her opportunity to learn from Iowa’s solid cast of veteran hurlers either.

“She’s in practice 30 minutes early every day,” Doocy said. “Putting in a lot of hours for this team, it definitely does not go unnoticed. She’s working twice as hard as the rest of us, and she’s able to change the mentality right as she’s done with her pitching workout to go into hitting, and it’s exciting to see.”

While much of this season will serve as an opportunity for Loecker to watch and learn, she knows there will be an opportunity for her to compete on the mound again sometime, so she ensures she’s ready pitch whenever she’s asked to do so.

“We talk to her about being ready,” Gillispie said. “You have to be prepared so for when that moment happens, she has to be able to come in [to pitch] when we need her. And she’s been doing that all season long.”