Garza was the recipient of three national honors on Thursday. 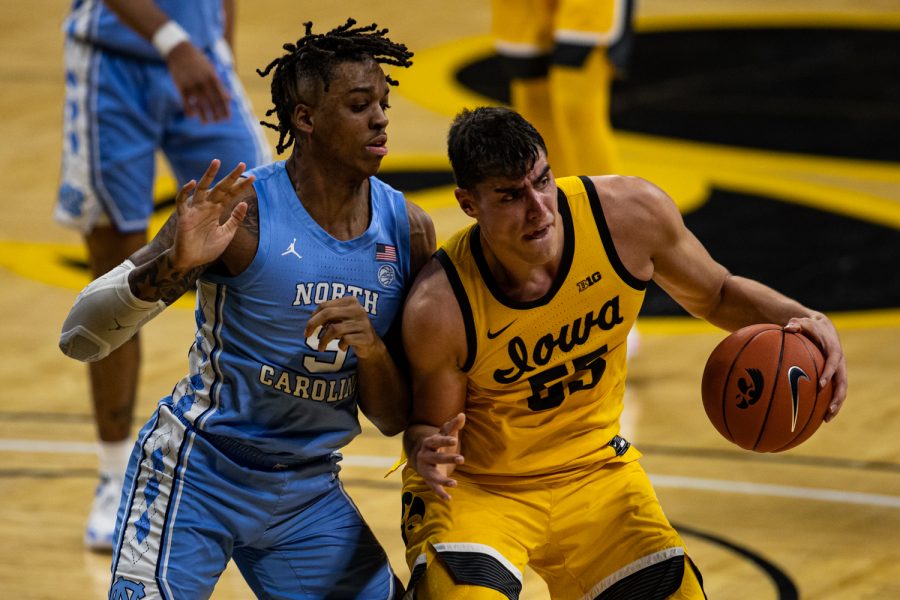 Garza is the first Hawkeye men’s player to receive any of these honors.

“I feel like this award is a team award, not an individual award, especially as a big man,” Garza said while accepting the AP honor. “I couldn’t do anything without my guards and without guys who are able to put me in positions to score.

“Lastly, I want to say that the University of Iowa changed my life. I’m so grateful I was able to play here and wear the Hawkeye across my chest for four years.”

The Lute Olson Award is named after Hall of Fame and former Iowa coach Lute Olson, who died in August at the age of 85. Olson compiled 776 wins in his 34-year coaching career, and is the third winningest coach in Iowa men’s basketball history (167-91).

Garza (6-foot-11, 265 pounds) led an Iowa team that finished this season 22-9. The second-seeded Hawkeyes fell to Oregon in the second round of the NCAA Tournament. As a senior, Garza scored 747 points (first nationally), breaking his own program record for points in a season. Garza posted eight 30-point games and 22 20-point games.

The two-time Big Ten Player of the Year averaged 21.9 points per game during the 20-game conference schedule, becoming the third player since 1990 to lead the Big Ten in scoring in consecutive seasons (Michigan State’s Steve Smith and Evan Turner of Ohio State).

Garza broke the Iowa’s 32-year old scoring record held by Roy Marble on Feb. 21. Garza ended his Iowa career with 2,306 career points. Garza’s No. 55 is set to be retired now that his Hawkeye career is over.

Garza may still add to his trophy case this awards season. The Naismith Trophy will be awarded on Sunday, followed by the Wooden Award on Monday.