Clark honored as WBCA Co-Freshman of the Year 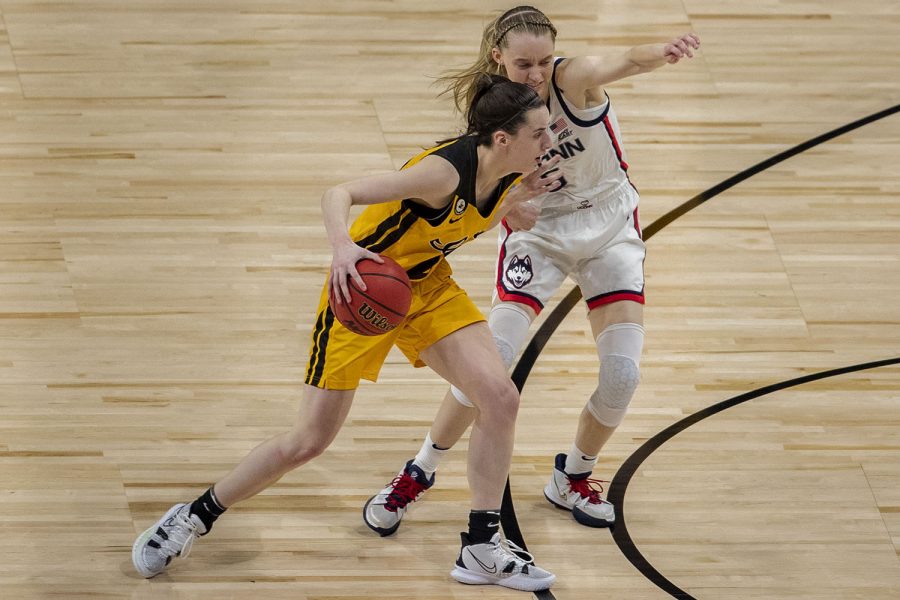 Iowa guard Caitlin Clark blocks UConn guard Paige Bueckers during the Sweet Sixteen NCAA women's basketball championship against UConn on Saturday, March 27, 2021 at the Alamodome in San Antonio, Texas. The Hawkeyes were defeated by the Huskies, 92-72. Clark and Bueckers played together on the U-17 and U-19 Team USA basketball team in high school, and both say they are still close friends.

The Women’s Basketball Coaches Association (WBCA) has named Iowa’s Caitlin Clark as the WBCA Co-Freshman of the Year, it was announced Tuesday. UConn’s Paige Bueckers is the the other player sharing the honor.

Clark is the first Iowa women’s basketball player to earn a national freshman of the year honor from any outlet.

Clark had nine double-doubles in her freshman season, including a triple-double against Western Illinois Dec. 22. Her career-high 39 points at Pinnacle Bank Arena in Nebraska was the most any player has scored there in a single game, men or women.