The SF413 bill that Governor Kim Reynolds signed is a voter suppression bill, and we all need to call it what it is. 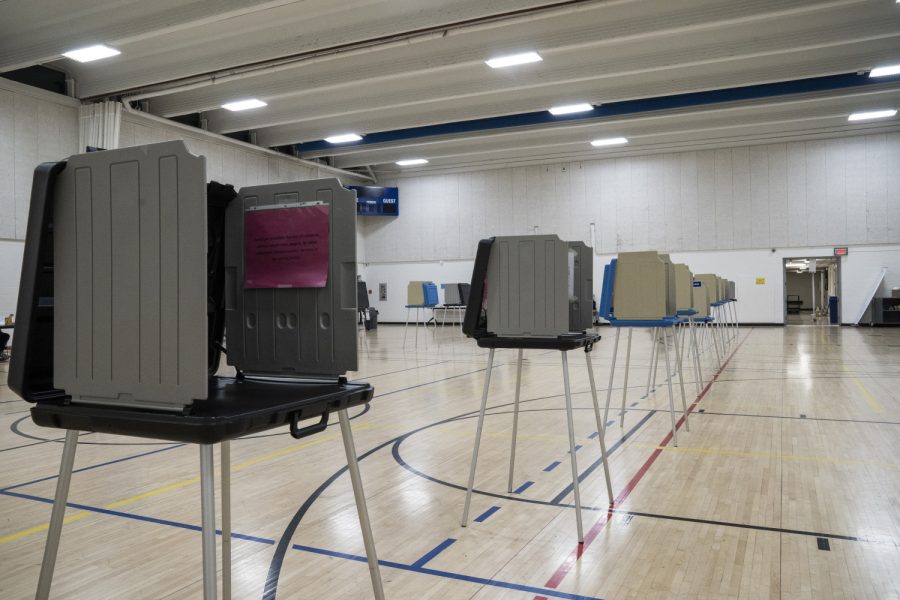 Republicans are chipping away at voting access across America, and Iowa is now taking part in destroying our democratic ideals.

Early voting is reduced from 29 to 20 days;
Polls close at 8 p.m. on Election Day (They were previously open until 9 p.m.);
Absentee ballot-request forms won’t be sent to every Iowan.

This new law should be repealed because it silences citizen voices in a representative democracy.

If the county auditor tries to make voting easier in your county, this bill will charge the auditor with a felony if the law is broken.

We need to be able to recognize laws that limit voting and the dangers they pose to democracy. One thing must be clear: voter suppression is not tolerable.
How will the law affect Iowans?
In Johnson County during the 2020 general election, about 61,000 people voted early. Despite this, Republican lawmakers cut the early voting window to just 20 days — down from 29 under previous law.

Many Johnson County residents need these extra days because many don’t have schedules that would allow them to vote at specific times. For example, some voters can’t take time off work to vote and need to navigate set hours on the job — a problem which predominantly impacts low-income families.

Others, including students, don’t have cars to get to their polling location and need to access special transportation. Students are also often first-time voters or new voters in the state of Iowa and may need more time to figure out the process and to work around their school schedules.

Still others need to arrange special transportation to and accommodations at their polling place. Disabled and elderly voters often face accessibility obstacles that can prevent them from voting on Election Day, or in person altogether. In 2020, more than 300,000 Iowans 65 and older requested an absentee ballot.

Under this law, however, absentee ballot-request forms will no longer be sent to every resident, as Iowa Secretary of State Paul Pate did for the June primary and November elections. This change would disproportionately affect older Iowans who are not as familiar with technology to request an absentee ballot and could lead to a decrease in overall voter turnout

Instead of serving Iowans who already face challenges in voting, the legislature is chipping away at necessary alternatives to Election Day polls.
We don’t need to add more obstacles to voting
Despite a lack of evidence, Republicans across the nation are pushing for voting limitations to combat supposed fraud. These concerns have been largely fueled by former President Trump’s claims that the 2020 election was unfair — claims proven to be false.

Rep. Bobby Kaufmann, R-Wilton, who introduced the bill in the House, argued the now-law is about election integrity. He contended the biggest form of voter suppression is the fact that Iowans are losing trust in our electoral system.

“For whatever reason,” Kaufmann said in a legislative hearing on the bill. “Thousands of Iowans do not have faith [in our election system].” But the problem is not one of elections itself; it’s a problem of false information.

The most significant characteristic of the 2020 election in Iowa was its record-breaking turnout. Seventy-two percent of Iowans who were registered to vote did, totaling over 1.6 million votes cast.

Similarly, Johnson County saw a record-breaking 86 percent turnout rate with a large share made up of young voters which included voting by mail, early voting, and on Election Day.

Even with these increased numbers, there is no evidence of voter fraud. This law is attempting to solve a problem that doesn’t exist, and it disenfranchises voters in the process.

Iowa can’t restore trust in democracy by making it harder to vote. If one of the foundational ideas of our democracy is free and fair elections, this law isn’t just — it just sets us back.

Reynolds and politicians in the Iowa Legislature do not have the right to determine who gets to vote and who doesn’t. This is shameful and anti-democratic. In a democracy, voters pick our representatives; representatives don’t pick the voters.

We need to call this law what it is: voter suppression.