The new festival format, which pairs a writer and musician together to have a conversation after both of their performances, will occur on April 29-30. 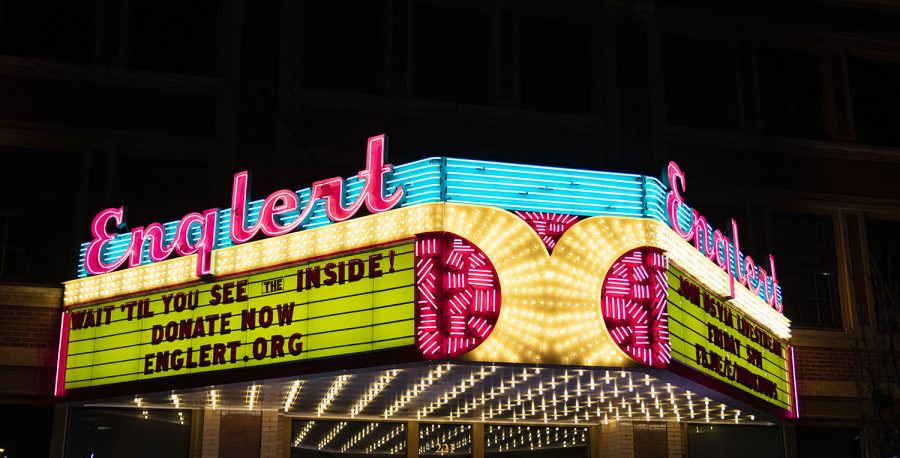 The official lighting of the new marquee and sign on Friday, Dec.18, 2020. (Jeff Sigmund/Daily Iowan)

After what seems like a long intermission, Mission Creek Festival is set to virtually return to audiences from April 29-30 in a new form, titled Duos.

The two-day online event will pair up writers and musicians in conversation after both of their performances, a press release stated. The festival will be streamed online through outer/most in order to keep patrons safe.

“Duos emerged as an opportunity to celebrate independent voices in literature and music through the digital sphere,” Perry said in the press release. “Regardless of platform, our mission inspires us to support artists near and far and to connect those artists with our fans and supporters.”

Last year’s Mission Creek festival was first postponed in mid-March last year with the intention of having the festival run in late summer or early fall, as previously reported by The Daily Iowan. As the COVID-19 pandemic intensified, the Englert announced it had canceled the festival for the whole of 2020. The theater later released a short film titled Ghost Creek, a fictional story that embodied loss the arts community faced amid the COVID-19 pandemic.

However, the press release stated that Mission Creek organizers are hoping for the festival to be able to return to its full, in-person form in 2022.

Ticket packages are available for purchase on the Englert’s website, along with early bird specials that are available until midnight on April 4, according to the release.