Opinion | USG voted no on Jewish Constituency Senator, but we need one now more than ever

In a time where anti-Semitism is on the rise, it’s imperative that Jewish students are provided with someone they can go to with their needs on campus, especially student government. 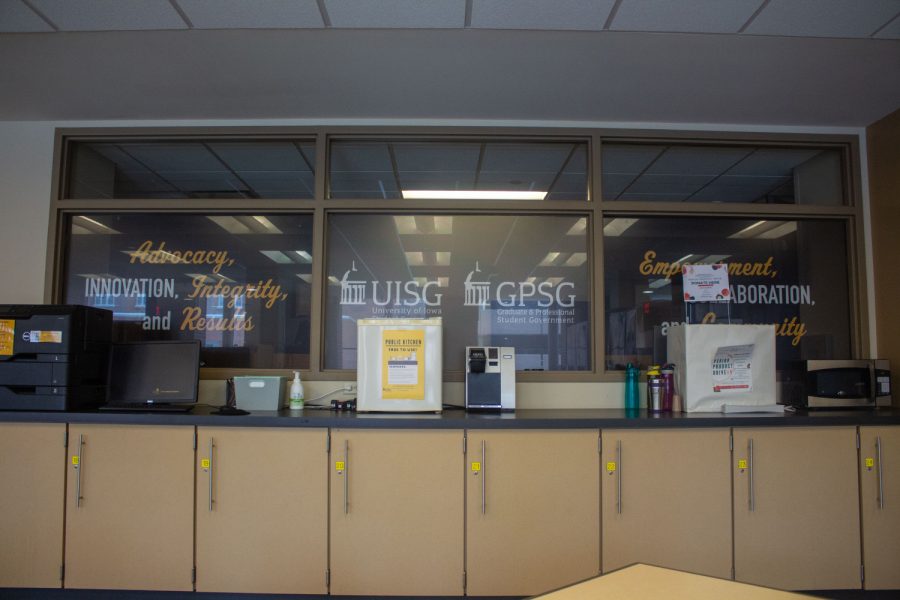 On Tuesday, the University of Iowa Undergraduate Student Government voted down a Jewish student constituency position to be created for the 2022-2023 legislative session.

Last week, I received an email from USG Veteran Constituency Sen. Paul Richards, where he wrote that he and his colleagues, Senator at-large on the Governmental Relations and Health and Safety Committees Joshua Brown, and at-large Sen. Prakruti Pancholi were trying to create the position of a Jewish constituency senator in order to represent Jewish students on campus, which would be appointed through the Iowa Hillel Student Organization.

In the email, Richards told me that he and his team utilized my resurgence of the present-day anti-Semitsm column to aid the structure of their legislation. I felt honored, especially as a person who comes from an interfaith home and identifies as Jewish. I wasn’t surprised to also read that their efforts to produce this legislation were met with pushback from various members of USG, culminating in the proposal failing.

I’ll admit I felt hopeful logging onto the Zoom meeting Tuesday evening. How could members of USG vote against a form of legislation that would ultimately help Jewish students? Their reasons are many, though I will name a few. The amount of pushback from USG members astonished me. Let me be clear, I am not calling members who voted against this legislation anti-Semitic. I am simply stating that the discussion revolving around the legislation is troubling because UI Jewish students need a Jewish constituency senator now more than ever. According to the FBI, Jewish hate crimes rose by 19 percent in 2019. The Anti-Defamation League counted 2,107  anti-Semitic crimes across the U.S. in 2019. The time to help Jewish students feel safe is now.

USG members began talking about the Israel/Palestine conflict. They expressed concern that the Jewish constituency senator would favor Israel and not want Palestinian speakers come to campus, or be biased in issues surrounding the conflict. These concerns are valid in regard to the freedom of speech. But when it comes down to it, we want a Jewish constituency senator because of anti-Semitic acts that occur on campus, not to know their stance on the conflict.

USG also began questioning the idea of becoming involved in geo-political and transnational politics, which led everyone down a debate rabbit hole. The debate on this topic lasted like the void, ongoing and never-ending, until an amendment was made to change the wording of the transnational issues amendment.

Another torch used to burn this legislation was the idea that a Jewish constituency senator won’t solve anti-Semitism. Nice, thank you for telling me that the sky is blue, I truly appreciate that. Obviously, the position will not solve anti-Semitism, but having a senator available to help meet the needs of students when hateful acts arise are crucial to the well-being of Jewish students.

“As many of you have stated, anti-Semitism can’t be resolved by a singular piece of legislation by a student government,” said Senator Brown. “However, by taking no action, we are choosing to contribute to the systemic oppression and structural violence against not only a distinct minority, but against all minorities on campus.”

UI student Kendall Michaels told her story about the time someone committed an anti-Semitic act toward her campus, and, she had originally brought this issue up to student government.

“I grew up where everyone was Jewish, people knew what a Jew was, and I came here and I had people asking me if I had horns and other crazy questions because they had never met a Jew before,” Michaels told the DI. “At the end of my freshman year, I came across somebody that I knew who was a year older than me that posted a Snapchat story where he had drawn in a swastika and the caption was ‘I hate all Jews.’”

Several other Jewish students invited to the meeting expressed their need for a Jewish constituency senator because microaggressions and acts of hate have been so prevalent in their lives, but their voices fell on ears unwilling to listen.

The foundation, I believe, to the pushback, lies in the fact that some USG members don’t understand that being Jewish is an ethnicity as well as a religion. Many Jews don’t practice Judaism, whereas someone can convert to Judaism, even if they are just not ethnically Jewish. USG senators expressed their concern that the person serving in the position would be too religious for the secular university, even when Iowa Hillel Jewish students explained that the person serving would not be religious. Judaism is not a religion that seeks to convert members, unlike its Abramaic religion counterparts.

USG Sen. Nicholas Nachtman disagreed with the legislation, in part because he questioned the value of the structure of constituency senators as a whole.

“I think that what we’re seeing is, if we continue to create a constituency senator position every time that we have an issue arise on campus, we are going to create this critical mass that just kind of ends up a testament to tokenism and say ‘hey look, we hear you and we care about you’ while not actually dealing with it,” Senator Nachtman said.

Later, Pancholi said that constituency senators can serve as powerful advocates for their constituents, if those seats are filled.

The vote ended with 24 “yes” votes to 15 “no” with one abstaining, narrowly missing the standard two-thirds majority mark to pass in the senate. They needed 27 “yes” votes.

Members of USG who voted against the creation of a Jewish constituency senator, know this: you are not helping create a safe space for Jewish people on campus. You are ignoring our needs and voices. I think it’s time you think back on your mission statement, where it says, “USG exists to represent, serve, and empower all University of Iowa undergraduate students.” Remember why you’re here.