While work is being done, UI can also improve accessibility by installing more ramps, elevators, and spreading disability awareness on campus 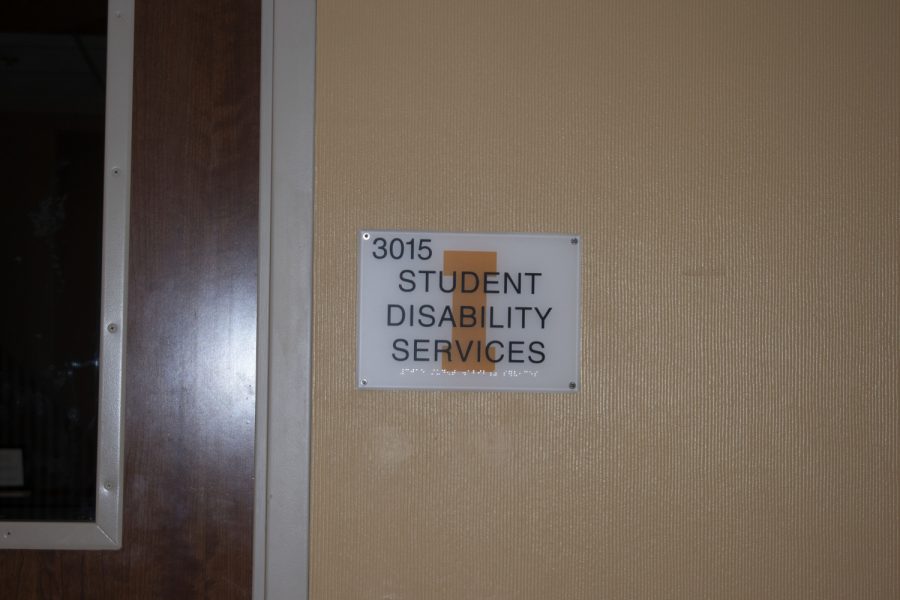 In an email to The Daily Iowan, Associate Director of Compliance and ADA Coordinator Tiffini Stevenson said the UI complies with the Americans With Disabilities Act’s requirement for all newly constructed buildings to have an accessible entrance. However, there are always more ways campus can be accessible.

Autumn Johnson, a UI student with cerebral palsy, said that in her experience at the UI, the only buildings on campus which have ramps are the IMU, main library, and the residence halls. Other buildings on the Pentacrest like Maclean Hall also do not have elevators.

“A lot of the older buildings on campus don’t have elevators so when that happens, I just have to deal with it and take the steps,” said Johnson.

“When there’s a lot of people going up the stairs at one time, I get a bit worrisome,” said Tapken.

Elevators and ramps in all on-campus buildings are needed so Tapken, Johnson, and other students with physical disabilities do not struggle, get exhausted, or worry for their safety. Tapken and Johnson don’t use wheelchairs but how do students who do navigate buildings lacking ramps and elevators?

Johnson said UI can also do a better job of advertising the types of services Student Disability Services provides. She said she assumed it was for people with more severe disabilities and only started using accommodations last year.

Tapken said the UI is taking steps to be more inclusive and accessible — such as planning to move Student Disability Services from the basement of Burge Residence Hall to the Old Capitol Mall and having bus stops near places which are on a hill.

Johnson takes the bus across campus to travel to work. She said the only bus which runs before 11 a.m. on the weekends -— the Interdorm Route — does not go far enough into the west side of campus. Buses would be more beneficial if there were ones which went to West Campus Transportation Center earlier on weekend mornings.

“There was one semester where I had to work on Saturday morning pretty early,” Johnson said. “I would have to walk about half an hour to get to work and that was difficult.”

While physical accessibility is important, providing a welcoming and inclusive environment for students with cerebral palsy does not end there. Johnson said the UI can be more mindful of invisible disabilities. She said the UI can have different information sessions where speakers come in and talk about cerebral palsy. She said many people make assumptions about her or don’t know what it is when finding out she has cerebral palsy.

Tapken said the UI can extend beyond physical accessibility by being encouraging disability awareness. Having information sessions about cerebral palsy and other types of disabilities can increase on-campus awareness and ideas on how UI can be more accessible.

Inclusivity means accessibility for people with all types of abilities.