Despite backlash from Republicans and hesitancy from Democrats, Rita Hart’s lawyer said he expects representatives will respect the will of the voters if evidence shows she received more lawful votes than Republican Rep. Mariannette Miller-Meeks. 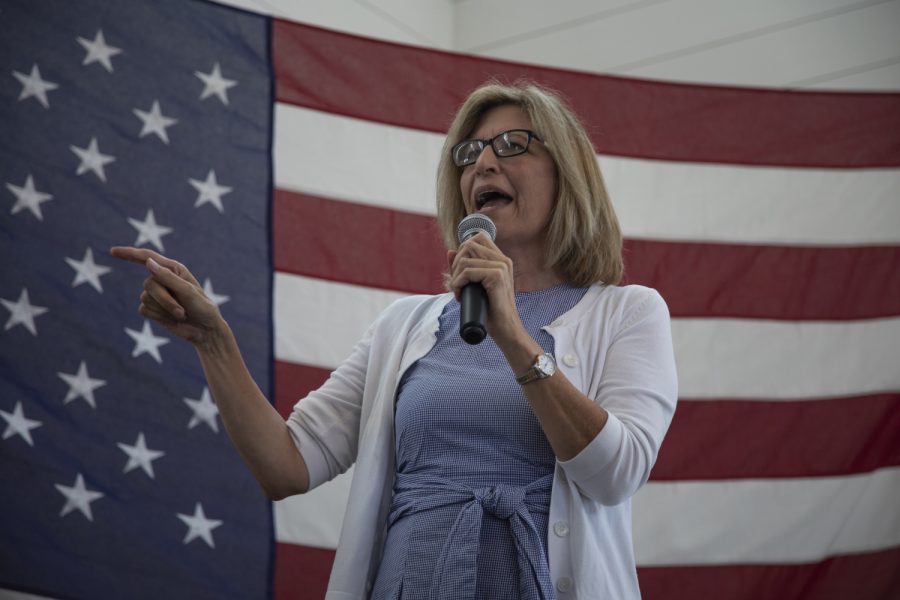 Democratic candidate Rita Hart speaks during a brunch fundraiser for Sen. Zach Wahls at the Walker Homestead on July 14, 2019.

As the U.S. House moves forward with Rita Hart’s notice of contest, her lawyer, Marc Elias, said he thinks that Democrats and Republicans in Congress will respect the will of Iowa voters if the evidence shows Hart received the most lawful votes.

Hart lost the election in Iowa’s 2nd Congressional District to now-Rep. Mariannette Miller-Meeks, R-Iowa, by six votes. However, her contest argues that 22 lawful ballots, with votes cast for both Hart and Miller-Meeks, were left out of the final tally.

Nine days after the Nov. 3 election, Hart was trailing by 47 votes. Because of the close margin, and two errors that occurred within the district when tabulating results, her campaign requested a district-wide recount. After the recount was completed, Hart and Miller-Meeks were only separated by six votes, out of 394,441. Iowa Secretary of State Paul Pate certified those results on Nov. 30.

Rep. Ashley Hinson, R-Iowa, led 123 other Republican lawmakers in sending a letter to House Speaker Nancy Pelosi, saying it was hypocritical for Pelosi to claim national voter fraud doesn’t exist while going forward with an investigation into the Iowa election. The letter also critiqued Hart for not going through the state’s judicial system before bringing her contest to the House.

Hart’s notice of contest does not claim that there was voter fraud, but that lawful ballots were excluded in the recount process.

“Given the impossibly short review period permitted by the Iowa court system in unusual cases like this one, we thought that the Federal Contested Election Act guidelines, allowing for full recount, were more appropriate,” Elias told reporters on Tuesday.

He added he didn’t want the point of the 22 votes not being counted to get lost in the conversation around process.

“It’s important to not lose sight of the fact that the right to put a ballot in a ballot box is not a right to vote unless you have your vote count,” Elias said. “And 22 voters who did everything right, right now remain without their right to vote, because their votes have been counted.”

According to a report from Politico, moderate Democrats have raised concerns behind the scenes about a vote on the results reaching the House floor. They said the Iowa certified results should stand, and that after Republicans pushed baseless accusations of voter fraud in the 2020 presidential election, Democrats shouldn’t use their majority to change the results in the congressional race.

Elias said the first step before worrying about how lawmakers would vote is to show Hart’s evidence to the Committee on House Administration so the committee can rule on if the votes identified by Hart’s team should be recognized.

“I believe firmly that if it turns out that there are lawful ballots that were not counted, that should be counted, they will be,” he said. “And I believe that all members of Congress, Democrats and Republicans, will want to make sure that the will of the people is followed.”