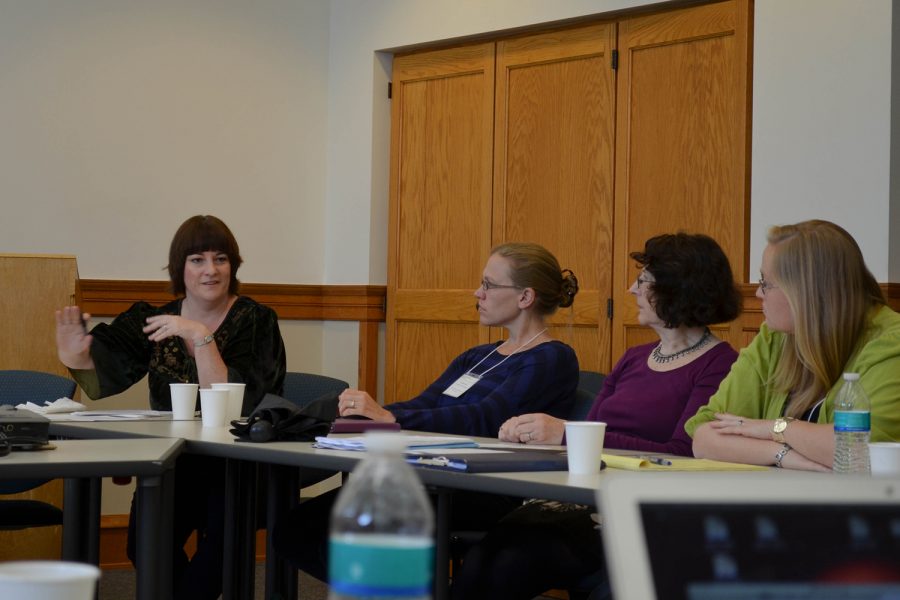 Sara Mitchell has dedicated her life to studying political science, finding new paths for countries to deal with conflict and finding new ways for her students, particularly her female students, to thrive in the field.

University of Iowa professor Sara Mitchell published a paper about U.S. maritime strategy, using her findings to advise for more naval power to lessen territorial disputes. In addition to her recent publication in War on the Rocks, she published a short autobiography on March 16.

Her research and classes cover topics such as how climate change has affected the competition for land and water resources, peaceful conflict management, and civil wars.

“I think my goal is to understand the causes of conflicts between countries and within countries and then to try to figure out how we can design effective conflict management strategies to help prevent those conflicts from escalating the war,” Mitchell said.

Mitchell collaborated with Paul Hensel, the co-director of her project studying diplomatic conflicts, on the paper. Together they initially looked at conflicts involving issues of water, collecting data on maritime conflict and issues about water quality or quantity.

Mitchell said countries get an exclusive economic zone that extends to a 200 nautical mile area which sometimes causes a conflict when it comes time to draw those borders. Complications can come from what is seen as a historical right or disputes over resources.

“As U.S. naval power has declined, we’ve seen more and more countries making these kinds of diplomatic challenges to their neighbors’ maritime spaces,” Mitchell said. “I also find in that paper that the more naval power that a country has itself, the more likely it is to right to pursue those kinds of revisionist claims to areas that are contested with their neighboring countries.”

Lai said Mitchell has done a lot to mentor women in the political-science field. One of her initiatives was called Journeys in World Politics, a workshop that brings together some of the brightest students and faculty, mentoring them on research and helping women deal with issues within the field by providing them with a weekend workshop.

“She’s done research on gender issues in the discipline itself, so she’s not only a great scholar in terms of international relations, but she’s also done a lot of research and done a lot of mentorship to promote women in the field,” Lai said.

Cody Schmidt has co-authored three projects with Mitchell and has worked as her research assistant. Schmidt is a graduate student at the UI, studying international conflict and cooperation as well as methodology.

Schmidt said that Mitchell knows how to bring out the best in him when researching. He said that she demands a lot from her students but knows when to push further and when to back off.

“She’s just wonderfully hardworking,” Schmidt said. “She’s that wonderful backbone of our projects. She really cultivates our substantive interest in our projects.”