As new University of Iowa research indicates the connection between climate change and flooding events, local organizations are continuing to take action to prevent future disasters. 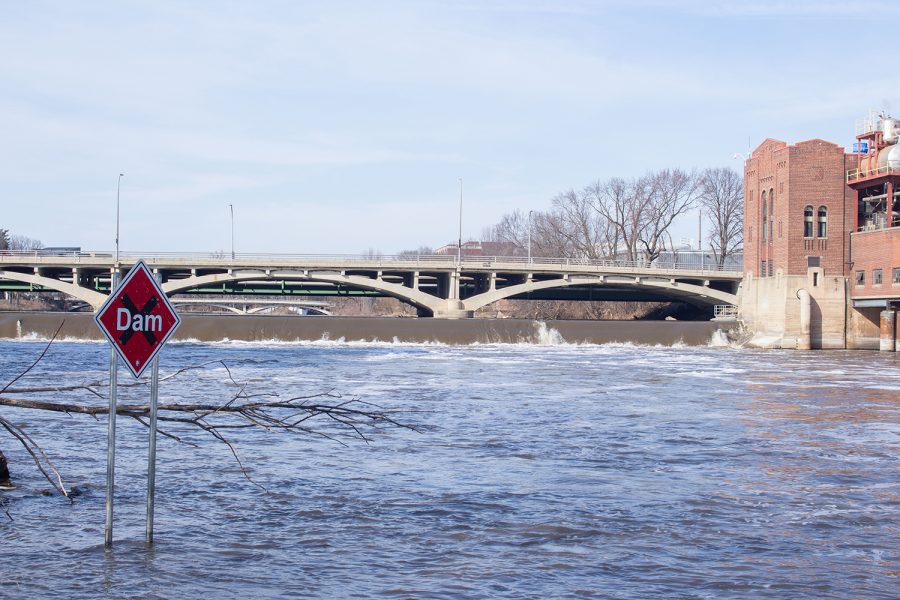 A sign warning of a dam upstream is seen in high waters in the Iowa River on March 8. (Ayrton Breckenridge/The Daily Iowan)

Recent environmental research conducted at the University of Iowa found that as climate change continues to progress, Iowa and the greater Midwestern region will become more prone to extreme flooding events.

Some climate experts and activist groups have expressed concerns about the findings of the research, which reaffirms the potential consequences of failing to address climate change.

Gabriele Villarini, Director IIHR – Hydroscience and Engineering (formerly the Iowa Institute of Hydraulic Research), said extreme flooding events in Iowa have increased in frequency within the past few decades.

Villarini added that findings from the research, which he was involved in, help demonstrate the local and more tangible impacts of climate change.

“What this work does is add to the existing scientific literature,” Villarini said. “It brings the implications of climate change to a more regional perspective.”

“We still are seeing the very real impacts of the 2008 flood in effect over ten years later, because of the level of damage to university and city infrastructure,” Monroe said. “We must continue to be smart about how we design and locate facilities and housing that will stand up to increased rainfall and extreme weather.”

RELATED: 10 years later, the collective memory of the 2008 flood remains

The 2008 flood destroyed many UI buildings, including the Adler Journalism Building, Hancher Auditorium, Mayflower Residence Hall, and the Stanley Museum of Art.

“The city has purchased flooded properties and expanded park land, ensuring that areas within the 100- and 500-year floodplains avoid further development,” Monroe said.

Concerns related to flooding in Iowa are not a recent development, however. The Iowa Flood Center was established as a branch of the IIHR organization in 2009, following the 2008 flood disaster in eastern Iowa in order to help Iowans mitigate the impacts of such events in the future.

“Within the last year, we’ve added 35 additional stream sensors to our statewide stream sensor network,” Shea said. “Those measure river levels in real-time every 15 minutes and then they communicate and visualize that data to the Iowa Flood Information System platform.”

Shea said it is important for Iowans to remain well-informed, because even simple weather developments can change the flood outlook in Iowa this season.

“We always want Iowans to be prepared for anything,” Shea said. “Changes in precipitation and a couple of days of heavy rainfall could make a big difference. So, it’s always good for us to be doing that outreach and education.”