On Thursday, the senior center of Iowa City coordinated a mass vaccination for older residents of the city. 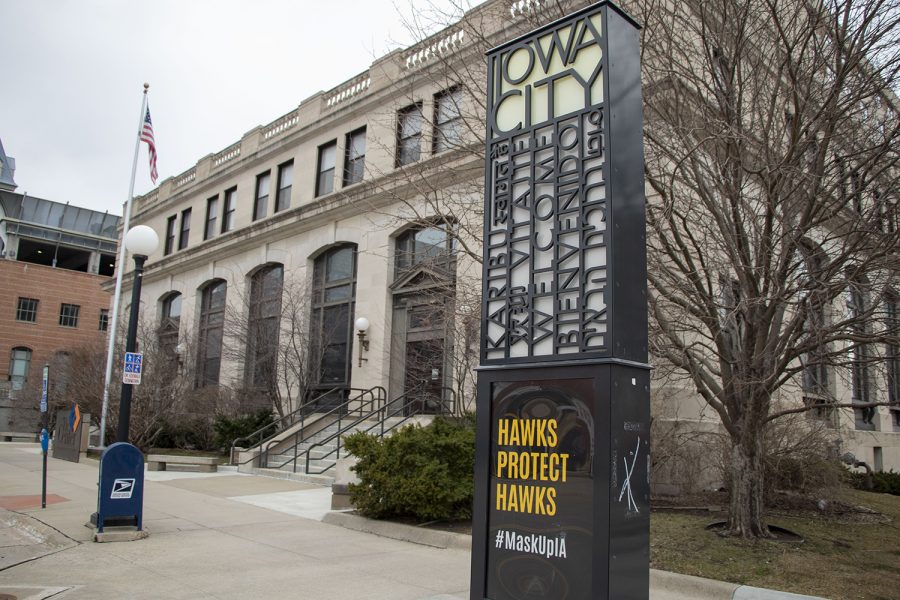 The Iowa City Senior Center, in cooperation with the Iowa City government, set up a pop-up vaccination clinic at Mercer Park and vaccinated approximately 200 seniors on Thursday as part of the center’s campaign to vaccinate as many seniors as possible.

The senior center has worked with Towncrest Pharmacy before, she said, to use its leftover doses in the week before this vaccination campaign, when they partnered to vaccinate a few people in the senior center.

DeLoach said the senior center worked with the Johnson County Department of Public Health to get access to a good space for a vaccination site at Mercer Park. The department worked with a goal to sign up 200 people for their first shot, mostly serving adults 65 and older, she said.

Vaccination appointments can be scheduled over the phone at pharmacies or through the 211 number in the state of Iowa for residents over 65. DeLoach said most vaccine scheduling is done through the Google Form on the Iowa City senior center Facebook page.

“We have found that since we’ve gone into COVID-19 that more and more of the folks that we serve have gotten tech savvy,” DeLoach said. “We have found that people are figuring that out because it’s a pretty straightforward form, just asking for basic information.”

DeLoach said the senior center and Iowa City government is at the behest of Iowa Gov. Kim Reynolds in terms of getting more pop-up clinics, but they hope to be doing more in the future.

“We definitely are pushing for people in our [50 years and older] population just knowing that they are older, and are likely to have more permits, or comorbidities,” DeLoach said. “We want to make sure that those folks are able to get the vaccine.”

Community Outreach Specialist for the Iowa City Senior Center Emily Edrington, who was at the pop-up vaccination center on Thursday, said the vaccinations were scheduled in 15-minute blocks with 12 people per block, and people were advised not to arrive any more than 15 minutes early.

Edrington said the program had scheduled approximately 190 people in the days leading up to the event and had very few no-shows. She said no vaccination went to waste, however, because the senior center called people off a list to replace every no-show.

“It was a pretty smooth process for pushing a chunk of people through every 15 minutes,” Edrington said.

Operations Assistant for the Iowa City Senior Center Kristin Kromray said other vaccination programs Iowa City has held in partnership with Towncrest have been more focused on harder to reach populations, or populations of lower income.

Iowa is currently in phase 1B of vaccinations, focusing in large part on those ages 65 and older whose general category falls more into the operations of the senior center.

“I want to remind people to watch out for their friends and loved ones,” Kromray said. “If they’re having a hard time getting vaccinated, they will help them by seeking opportunities out.”