President Biden’s COVID-19 relief package passed the House with a 220-211 vote supported solely by Democratic representatives. The package will not include a $15 minimum wage increase. 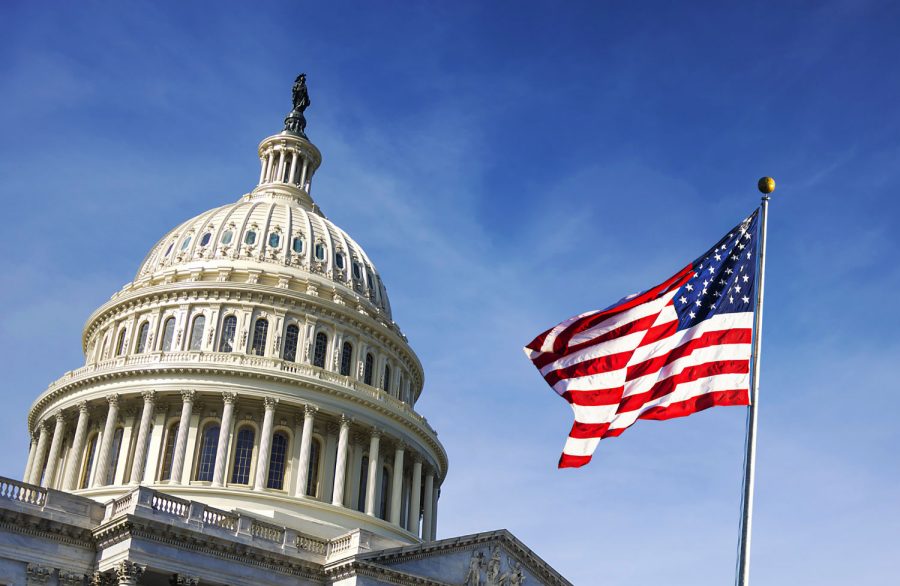 The U.S. House of Representatives approved a $1.9 trillion COVID-19 relief package on Wednesday afternoon for the final time, but one of the more contested amendments — a federal minimum wage increase to $15 per hour — won’t be included as it travels to President Joe Biden’s desk for a signature.

The House voted 220-211 in favor of the package. The legislation received no votes from Republican representatives and only one Democrat – Jared Golden, D-Maine, voted against it.

A federal minimum wage increase was originally one of the high-profile amendments some pushed to be a part of the next $1.9 trillion COVID-19 relief package, and while it passed through the House on its first vote, the amendment was voted down by every Republican and eight Democrats in the Senate on March 6.

Congressional Republicans, including Republicans in Iowa’s congressional delegation, said increasing the minimum wage during a pandemic will hurt small businesses, but economists say accurately predicting the impacts of such an increase would be difficult to do.

The push to increase the minimum wage from $7.25 to $15 per hour nationwide was an important piece of Biden’s platform during his campaign. He argued for a gradual increase to $15 over five years through a piece of legislation named the “Raise the Wage Act of 2021”, but acknowledged in a Feb. 7 CBS News interview he did not anticipate the legislation passing as a stipulation in the relief package.

Sen. Joni Ernst, R-Iowa, who introduced an amendment on Feb. 4 to prevent the wage increase from being included in the relief package, wrote on Twitter that same night that such an increase would be devastating to small businesses and jobs amid the pandemic.

“Tonight I got the entire Senate—Democrats and Republicans—to agree not to hike the federal minimum wage to $15 per hour during a global pandemic, which would kill jobs and destroy small businesses,” Ernst wrote on Feb. 4.

The U.S. Congressional Budget Office (CBO) released a report in February predicting a reduction in national employment by 1.4 million people by the year 2025 if the national minimum wage is increased to $15 over the next five years.

The next bullet point in the report predicts that the same increase over the same timeline could pull 900,000 people out of poverty, essentially resulting in fewer people working jobs that pay minimum wage but increasing the likelihood that those who do will earn a more livable salary.

The report further clarifies that these numbers and predictions assume that the act will be adopted at the end of March, 2021, which following its removal from the relief package, is now less likely.

Small businesses have wrestled in the wake of COVID-19 with financial security, with 43 percent of nearly 6,000 surveyed small businesses closing at least temporarily as a result of the virus and on average cutting down active employment by 39 percent since January of 2020, according to a study done by the Proceedings of the National Academy of Sciences (PNAS).

On Feb. 8, Sen. Bernie Sanders, I-Vt. posted a response letter to the CBO’s report on Twitter, where he said the only viable path forward for introducing a $15 minimum wage was through a majority vote on budget reconciliation in lieu of successfully getting 10 Republicans to support the bill.

Doug Neumann, executive director of the Cedar Rapids Economic Alliance, said the push for a $15 minimum wage is incomparable to any past U.S. wage increase, and is therefore difficult to predict accurately using historical data.

“There is no historical comparison for adding more than $7/hr to the minimum wage, even spread over a few years,” Neumann wrote in an email. “This is a far different policy decision and could have different outcomes than past increases that inched the wage up from $5.15 to $5.85 to $6.55 to $7.25. If someone cites evidence that there was no job loss when the wage was increased from $6.55 to $7.25, that’s hardly hard evidence that there wouldn’t be job loss when going from $7.25 to $15.”

Biden’s plan to phase in a $15 wage slightly more than doubles the current federal wage, which is more of an increase than any since the introduction of minimum wage in 1938, according to the U.S. Department of Labor.

Iowa State Economics Professor and Department Chair Joshua Rosenbloom said he expects that a significant increase in the minimum wage, like the jump from $7 to $15, would result in a modest increase in unemployment, but wasn’t convinced doing so during a pandemic would yield significantly different results than if it were done under normal circumstances.

The COVID-19 pandemic has prompted dramatic spikes in unemployment, reaching over 15 percent in April 2020 and leveling out to 6.3 percent in January 2021.

Rosenbloom said it’s hard to make the argument that the minimum wage shouldn’t be any higher than it currently is, and that while $15 per hour doesn’t seem implausible, it’s difficult to know what the right number is.

He also said one could argue that a minimum wage increase could help the economy in states like Iowa in the long run, and referenced FDR’s New Deal, which included the introduction of a minimum wage under the Fair Labor Standards Act and had a positive effect on a significant portion of the nation’s southern states.

“I think the other complexity about minimum wage is that there’s an immediate effect on the employers of workers who are at or near the minimum wage, like fast food restaurants and other places like that,” Rosenbloom said. “And then there’s a longer term effect which leads to adaptation in the way that jobs are designed and structured and lead to increases in workforce training and skill acquisition that make everybody better off.”

Rosenbloom said it’s true that small businesses are somewhat less able to endure increasing the wages of their workforce, but that at the same time, many are able to in turn increase product cost to customers to offset the change.

“There’s certainly an equity and social justice argument for having higher wages, but there are also the longer term economic structure arguments for why you might want to establish a minimum wage that is high enough to genuinely support people who are earning that as their full time wage.”

Another concern of increasing the minimum wage is the potential for more businesses to automate roles that minimum wage workers typically occupy, though President of the Iowa Federation of Labor Charlie Wishman said that kind of automation is happening regardless of wage increases.

“I can go to HyVee right now and regardless of whether or not they pass a minimum wage, they’re still going to continue putting in automated checking and things like that,” Wishman said. “So, you know businesses are always going to look to reduce their labor costs, and that’s an entirely separate issue that is very troublesome. But automation is going to happen regardless, it just is.”

Bill Albrecht, Professor Emeritus of Economics at University of Iowa, said the CBO report was probably a good ballpark estimate for what will happen if the minimum wage is increased.

Albrecht said another thing worth noting is that many minimum wage workers also receive food stamp benefits and/or income tax rebates, so a single parent with two dependent children for example might receive around $10,000 in tax credit.

He said $15 per hour is attainable, but will depend on the future legislation and economic health.

“Economists get paid to make forecasts, but they really don’t want to because they know they’re at best very iffy,” Albrecht said.”

The Small Business Association declined to comment on the impacts of a minimum wage increase on American small businesses.